Global Warming And The Strange Case Of Disappearing Environmental Issues
By The Conversation | January 15th 2015 11:00 AM | Print | E-mail 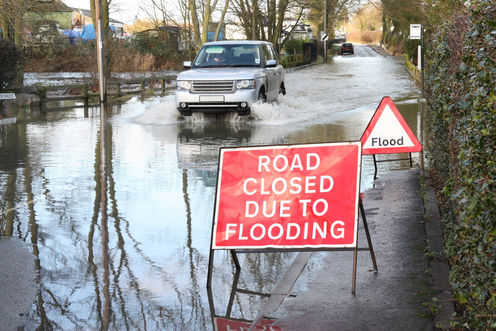 David Cameron’s decision to champion the Green Party’s inclusion in the general election debates has, regardless of his motives, considerably raised the stakes.

It has also opened up broader questions about the attention we give to environmental issues.

UKIP has undoubtedly gained momentum from the high volume of coverage of immigration in recent years – to such an extent that many voters in areas of low immigration regard it as their biggest political concern.

To what extent has the Green agenda similarly been foregrounded by coverage of climate change and other environmental issues?

First, a reality check. By most measures the environmental problems we face now are as critical as they have ever been. The World Bank estimates that the cost of disposing growing quantities of waste is becoming an increasing burden on the public purse. But the most urgent problem – what the Stern Review called: “the greatest market failure the world has ever seen” – is climate change.

The Intergovernmental Panel on Climate Change (IPCC) first signaled a scientific consensus on the importance of reducing greenhouse gas emissions in its 1990 report. Since then, global production of greenhouse gases has increased by 40%.

According to climate scientists, after decades of dithering we are now beginning to run out of time. In a report in November 2011, the International Energy Agency calculated that – without significant political action – we will pass the point of no return in 2016. After that date, the volume of greenhouse gases already lingering in the atmosphere may be too high to prevent climate change reaching catastrophic levels.

Despite this urgency, we appear to have become more relaxed about the issue. Various studies have suggested that media coverage of climate change – and environmental issues more generally – has declined precipitously since 2009/10. Boykoff and Mansfield suggest that this is a global trend. Recent research in my own school (not yet online) suggests that this decline is particularly notable in UK media coverage.

Vicky Dando has compared the British press reporting of two risks – climate change and terrorism. She found that coverage of terrorism has remained fairly high since 2001, while attention given to climate change has declined markedly since the relative high point between 2007 and 2009.

This decline has been a steady and consistent, with more than a five-fold decrease between 2007 and 2012. She also found that while the seriousness of the terrorism threat was unquestioned, there was notably less certainty and urgency in the press coverage of climate change.

In soon to be published research, Richard Thomas has recently compared two full years of broadcast news (the 10 PM weekday flagship bulletins on ITV and BBC) in 2007 and 2014. He tracked the coverage of more than 30 topics and issues and found that while the attention given to the economy has increased significantly, environmental issues have almost disappeared. In 2007, the percentage of news time devoted to environmental issues was 2.5% on ITV and 1.6% on the BBC. By 2014, this had dropped to just 0.3% on the BBC and 0.2% on ITV.

In this grand narrative, environmental issues are put on hold while we focus on restoring economic growth. As Tim Jackson has shown, this postponement masks a troubling truth. In a fossil fuel-based economy, the more economic growth we have, the more we increase greenhouse gas missions – pushing the goal of reducing them to sustainable levels even further beyond our reach. Recent stories about the fall in oil prices illustrate this myopia well. This is, for climate change, very bad news, pushing our fossil fuel emissions even higher, but it has been reported almost exclusively in terms of its impact on the economy.

The two issues are, of course, related – climate change will unleash significant pressures on immigration as people are displaced by extreme weather and drought – a point rarely made when either issue is aired.

This is, from the journalist’s point of view, understandable. Interest in environmental problems like climate change can be difficult to sustain. News organizations feel they have already covered the story and, without a regular supply of climate change “events” to stimulate coverage, find it difficult to keep reporting the threats posed without appearing repetitive.

But in terms of public policy, it is hard to justify. Indeed this lack of scrutiny has let politicians off the hook, allowing them to continue to postpone serious attempts to tackle the issue.

It may also be one of the reasons why environmental issues remain so low on the public’s list of concerns. Decades of agenda-setting research show that public priorities are often more responsive to prominence in media coverage than they are to “real-world” trends. So, for example, it would not be unreasonable for people to assume that the lack of coverage of climate change reflects a diminution of the threat. We have thereby drifted into a cycle of silence, where lack of media coverage creates a sense of complacency in both public opinion and political debate.

All of which makes the decision about the possible inclusion of the Green Party in general election debates more poignant. Their absence confirms a troubling status quo, in which our principle strategy for dealing with environmental problems such as climate change is simply to ignore them. Their presence, by contrast, might begin to broaden our horizons and allow environmental issues back onto the political agenda.

Justin Lewis, Professor of Communication at Cardiff University, has received funding from the ESRC to examine issues such as climate change.