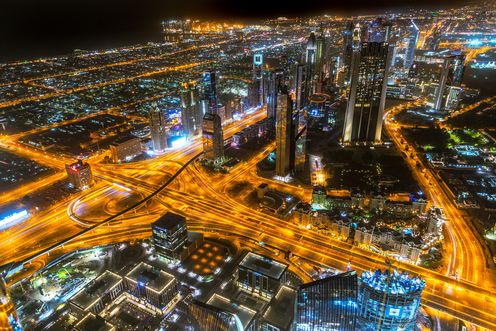 Fictional metaphors matter, and in the battle to safeguard our civil liberties few metaphors matter more than George Orwell’s 1984. Although first published almost 70 years ago, the lasting salience of this most archetypal dystopia is undeniable.

In the week after Edward Snowden’s revelations of US government mass surveillance were first revealed, sales of the novel rocketed by 6,000%. A year later, in Thailand, 1984 became a symbol of resistance to government repression, and was promptly banned. And following Trump’s inauguration and the conspicuously Orwellian admission by one of his chief strategists, Kellyanne Conway, that his administration trades in “alternative facts”, 1984 once again leapt to the top of the bestseller list.

Orwell is ingrained in the West’s political lexicon. “Big Brother”, “Newspeak” and “DoubleThink” are now bywords for totalitarianism and political mendacity. But doesn’t every crystal ball have a shelf life, even the most prescient?

Orwell conceived his imaginary surveillance state of Oceania before personal computing, before the information revolution, before CCTV, before 24-hour news cycles, before reality television. As pointed out by John Broich, surveillance and political repression today is far more complex than in Orwell’s time, and far more technologically sophisticated.

For one thing, it is no longer just Big Brother that is watching you. Alongside governments, corporations like Facebook and Google also collect our data and use it to profile us, and we all collect data on each other every time we scroll our social media walls. But if 1984 is anachronistic, an analogue vision applied to a digital age, then what about more contemporary fictions? Who are the digital dystopians, the George Orwells of the present day? In this 2010 novel “there is no need for a Big Brother”, notes its author, Gary Shteyngart, “because everyone’s been deputized to chronicle their lives at all times”. Super Sad True Love Story’s citizens of 2030s New York are transfixed by their “äppäräti” (which are basically smartphones) that collect and transmit torrents of personal data. Everything from triglyceride levels to intimate sexual predilections are openly broadcast to anyone – which is everyone – who owns an äppäräti.

While “Big Brother” still exists in the Trump-like guise of Defense Secretary Rubenstein, who oversees numerous acts of severe government repression in the novel, Shteyngart reserves his most biting satire for the way in which our own incessant sharing and insatiable consumption of data, along with the banalization of our cultural life that ensues, implicates us all in the erosion of privacy and our civil liberties.

Soon to be released as a major motion picture starring Emma Watson and Tom Hanks, Dave Eggers’s novel The Circle (2013) blames the loss of privacy on the messianic utopianism of Silicon Valley.

The titular “Circle” is basically Google, a giant tech-corporation that rolls out a series of invasive technologies that promise to make the world fitter, happier, healthier, more rational and less corrupt by eradicating privacy. Eggers’ satire of techno-utopianists like David Brin, who in the 1990s lauded the impending emergence of “the transparent society”, offers a warning, as Margaret Attwood put it in her review of his novel that “we can be led down the primrose path much more blindly by our good intentions than our bad ones”.

Along with its surrealist imagery that conjures Norse mythology, what is remarkable about Icelandic novelist Andri Magnason’s LoveStar is its prescience. First published in 2002 (before smartphones and social media), though not translated into English until a decade later, Lovestar foresees a world of hyperconnectivity in which the previously sacred (read private) domains of love, death and religion have all been colonized by a global tech corporation. Its algorithms now determine even the most intimate human interactions.

Dystopian imaginings are no longer just the preserve of literature. Recent award-winning films such as Ex Machina (2015) and Her (2013) render vivid speculative worlds in which our inner life is exposed by technology. But one of the most pertinent excavations of the social consequences of contemporary technology appeared on the small screen, not in cinemas: Charlie Brooker’s Black Mirror.

The first episode of the most recent series in particular echoes Shteyngart’s parable of a world in which we are all reduced to a constantly fluctuating metric – friends, colleagues and strangers rate each social interaction. This metric is then be used to sort us into categories and grant or deny us access to goods, services and public spaces. Think the idea of an aggregate “social credit” score is fantasy?

Another medium that has successfully updated the Orwellian tradition for a digital age is video games. Playdead’s award-winning Indy platformer Inside (2016) is one of the best examples of a recent interactive dystopia. Video games don’t just imagine surveillance, but force the player to experience it.

In Inside you play a young nameless boy, and your progression through the game is largely determined by evading or conforming to the surveillance gaze. In one of the most chilling moments in the game you are forced to walk in step with a line of zombie-like figures, whose movements are conditioned by the watchful eyes of CCTV. Few narratives better evoke the philosopher Michel Foucault’s metaphor of the panoptic prison, in which our behaviour is disciplined by the surveillance gaze, than Inside.

By Simon Willmetts, Lecturer in American Studies, University of Hull. This article was originally published on The Conversation. Read the original article.