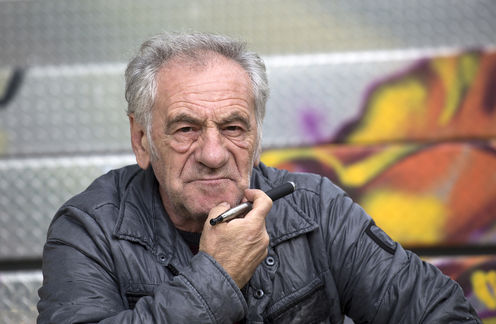 E-cigarettes should not be sold in Australia, as a therapy or a consumer product. gdvcom/Shutterstock

British American Tobacco Australia has lobbied Australia’s Therapeutic Goods Administration to have electronic cigarettes (e-cigarettes) classified as a harm-reduction pharmaceutical product. If successful, this would allow media advertising for e-cigarettes similar to that seen for nicotine replacement products.

On Friday the ABC revealed the TGA had mistakenly approved an e-cigarette device as a “quit smoking aid”. The product remained on the Australian Register of Therapeutic Goods for two months before the TGA realized the error and began a review of the product.

E-cigarettes, of course, are battery-operated devices that vaporize fluids so they can be inhaled deep into the lungs. The nicotine enters the arterial blood and goes straight to the brain, much like the nicotine from regular cigarettes.

There is no evidence e-cigarettes help smokers quit. Nor are they harmless; even without the smoke, nicotine poses a number of health risks.

E-cigarettes should not be sold in Australia, either as a therapy or a consumer product.

Not a tool to help smokers quit

Proponents of e-cigarettes argue the product represents an important advance in harm reduction, so Australia’s ban on the sale and promotion of e-cigarettes is “counterproductive”. Because the vapor contains lower levels of the chemicals found in cigarette smoke, they argue it poses less of a risk to users and bystanders.

They also argue e-cigarettes may be more effective than unassisted quitting or nicotine-replacement therapies such as patches, gum or inhaler.

Those urging a more cautious approach, as we do, point to the near-complete absence of any rigorous analysis of their safety, usage patterns and effectiveness in helping smokers quit. Opponents are also concerned about the appeal of e-cigarettes to non-smokers, particularly adolescents and children. They may be attracted by the commonly added range of candy, fruit and other flavorings.

These concerns are exacerbated by the tobacco industry’s determined entry into the e-cigarette market in recent years. Regulatory uncertainty in the United Kingdom and United States, for instance, has allowed the industry to aggressively promote e-cigarettes that are designed and packaged to look like traditional products in markets where cigarette advertising has been long prohibited.

Promotion and the increasing use of e-cigarettes in public spaces threaten to undo decades of progress in tobacco control. This also represents an important strategic opportunity for the tobacco industry to circumnavigate advertising restrictions at precisely the moment when a number of countries are removing package branding and point-of-sale displays.

Curiously, the key issue of health risks associated with nicotine has been largely marginalised in the e-cigarette debate. In a letter to World Health Organisation Director-General Margaret Chan earlier this year, proponents of e-cigarette stated: “We have known for years that people ‘smoke for the nicotine, but die from the smoke’.“ But the health risks extend beyond the smoke.

A recent article in Nature Reviews Cancer suggests nicotine is genotoxic (capable of damaging DNA and leading to cancer), promotes tumors and is linked to the onset and growth of head and neck, gastric, pancreatic, gallbladder, liver, colon, breast, cervical, urinary bladder and kidney cancers, as well as small-cell and other lung carcinomas.

There are also potential implications for immune response. Nicotine is an immunomodulator, an agent that can alter the body’s ability to produce antibodies. This can impact a range of cells involved in inflammatory processes, including those in the lung and vascular system.

Nicotine can impact on fetal brain development and cause acute nicotine toxicity. The number of cases of nicotine poisoning caused by swallowing e-cigarette liquids containing nicotine has risen sharply in the US and UK.

Recent research on second-hand exposure indicates that while vapor from e-cigarettes is less harmful than cigarette smoke, it can expose bystanders to nicotine as well as other potentially toxic elements.

Time to re-frame the debate

Disagreement on the potential health impacts of e-cigarettes has divided the tobacco control community unlike any other recent topic, except perhaps for the “safer” cigarette notions of low-tar and light. Unregulated advertising of these no-less-harmful products allowed them to flourish in a sea of unsubstantiated health claims.

Nicotine is potentially addictive regardless of how it is consumed. This raises questions about the logic and morality of licensing new delivery systems as consumer products. Further, focusing on its addictive properties has arguably contributed to public misconceptions about nicotine’s links to carcinogenesis and other health risks.

We need a greater understanding of the health effects of nicotine – and e-cigarettes in general – to inform current regulatory debates at the national and global level. Until then, there is enough evidence to support a precautionary approach to e-cigarettes that puts public health concerns ahead of the commercial freedoms of the tobacco industry and other e-cigarette manufacturers.

Ross MacKenzie, Lecturer in Health Studies at Macquarie University, has received research funding from the Rockefeller Foundation, the National Institutes of Health, and the Cancer Council NSW.

Thomas Novotny, Professor of Global Health at San Diego State University, receives funding from The National Institutes of Health, the SeriousFun Foundation, and the University of California Tobacco Related Disease Research Program. He is the CEO of the Cigarettee Butt Pollution Project, a 501c3 Tax-exempt Organization registered in California..