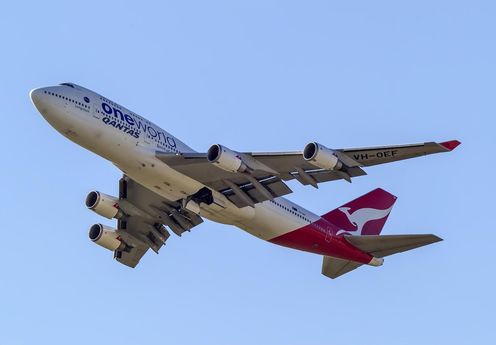 In light of the news of another tragic airline crash, and following in the wake of several other high profile air disasters, it might be natural to ask whether air travel is becoming less safe.

In fact, according to the numbers, air travel is safer than at almost any point in the history of commercial flight.

While the number of fatalities in some recent crashes has been high, the number of overall fatal accidents in recent years has dropped to its lowest point since the dawn of the jet age. Also, as more and more people take to the skies each year, the numbers of fatalities per liftoff or per flight hour have also dropped dramatically.

Below we can see that 2014 had the lowest number of fatal airline accidents (planes with over 14 passengers, excluding hijackings) since 1942.

Even though the total trajectory is downward, there are peaks and troughs. The total number of casualties in 2014, for example, was significantly higher than 2013, but still well below the average for the first decade of the 21st century, or any previous decade back to the 1940s.

Excepting the September 11, 2001, attacks in the United States, the number of hijackings and fatalities from hijackings has also dropped since the last decades of the 20th century. Most fatal accidents occur during approach to the airfield for landing, fewer occur during cruise. Even here, the numbers have dropped in several categories since the 1980s.

These figures show that jets are significantly safer than turboprops, particularly if you look at the number of accidents per million flight hours.

So, according to the numbers, and despite variations year-on-year, air travel today is generally safer than it has ever been and much safer than other modes of transportation. That doesn’t mean it is risk free, but the odds of any individual being involved in a fatal accident are at historic lows.

By Emil Jeyaratnam and Tim Dean. This article was originally published on The Conversation. Read the original article.