Immigration continues to be one of the key issues in the build-up to the general election. The latest figures show a net flow of 298,000 into the UK. This is higher than when David Cameron’s government took office, despite his pledge to cut the number to the tens of thousands.

But is this really bad news? Immigration is such an emotive issue that there is a tendency for the figures involved to be bandied about out of context.

Both The Daily Telegraph and The Economist have threaded the fact of higher immigration numbers together with another piece of research that was recently published.

Analysis at UCL’s Institute of Education shows that UK emigrants – people who leave the country – are more skilled than the current stock of foreign born immigrants in the UK. This can give the impression that Britain is experiencing a “brain drain”, while being replaced by low-skilled migrants.

But linking this research with the current debate takes it completely out of context. The current UK immigrant group includes all who are foreign born, with the paper looking at people coming to and leaving the UK since 1964. This includes people who migrated under policies that were radically different (and much less stringent) than the current point based system.

The research cited in both articles is based on comparisons of all British emigrants and immigrants to the UK, nearly half of whom made their international move more than ten years ago. It is well known that earlier non-EU migration waves to the UK, dominated by post-colonial migration and family reunification included many low-skilled individuals.

Since 2001, however, migration policy for non-EU immigrants has gradually become much more economically driven, increasingly selecting non-dependent migrants with high levels of education and English language ability. Meanwhile, the EU migrants that cause such fear and ire are more highly educated, on average, than the UK born population – despite the fact that they often end up toiling in jobs for which they are overqualified. 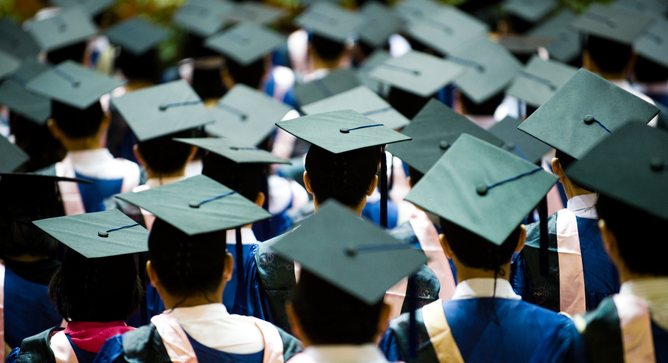 According to the UK Census, the proportion of immigrants who arrived from 2006-2011 are much more skilled than the average native Briton. Only 10% report no qualifications, in contrast to 23% of those born in the UK; more than a third have a degree or above, as compared to only a quarter of UK born.

This also helps explain why Britons abroad are more skilled on average than Britons who remain at home. But it also true that immigrants to the UK are more skilled than those who remain behind – nearly universally so, across all origins. So to argue, as The Telegraph and The Economist has done, that educated Brits are currently being replaced by low skilled migrants is inaccurate and unhelpful in the immigration debate.

In the context of the current debate, it is worth recognizing that the main reason for migration to the UK rebounding from its low of 154,000 in September 2012 (at the height of the recession) is because the UK economy has rebounded.

Because the UK economy is doing well relative to many other EU nations, immigrants are once again attracted to the UK for work. They respond by coming in larger numbers, both through the points based system as well as through their right of free movement. This doesn’t represent any real failure on the part of government.

In fact, immigration policies have become more stringent since the last general election. These include tighter controls on family and spousal migration, stricter surveillance of student immigrants and the closing of post-study visa routes, as well as stricter regulation of skilled workers.

Despite these measures, EU immigrants with freedom of movement have responded to the economic cycle. There has been an increase in EU migration to the UK in response to the UK economy performing well in terms of growth and jobs. And non-EU migrants continue to be recruited as there remains significant shortages in many sectors that business has demonstrated needs to be filled by foreign workers.

By Renee Luthra, Research Fellow, Institute for Social and Economic Research at University of Essex. This article was originally published on The Conversation. Read the original article.