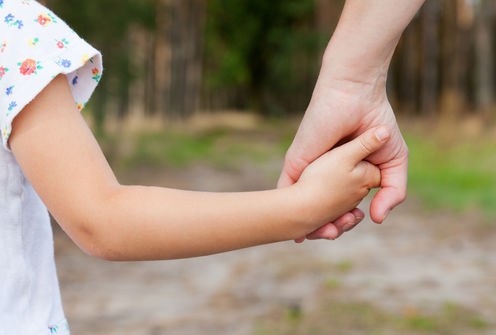 Children should be taken into consideration when helping adults with mental health issues. Shutterstock

By Sam Cartwright-Hatton, University of Sussex

Mental illness runs in families. This is well known and uncontroversial. There is much that we could do to reduce this risk, but we currently do almost nothing.

Mental illness runs through the generations via a complex mix of genes and environment. We can’t do much about the genes that parents pass to their children. But, the fact is, only part of the problem is genetic – and it is often less than you would imagine. For the majority of psychological disorders, including depression, schizophrenia, anxiety, and personality disorders, a large slice of the risk is from environmental factors – things we can, and should, do something about.

But what do we do to protect these children? In many cases, therapists won’t even know that their client has children. But if we take, for example, a depressed parent – their children have a 40% chance of developing major depressive disorder by the age of 20. If a child had a known 40% chance of developing a serious physical disorder, they would not be neglected in this way.

This neglect is such a shame. We know that when parents have mental illness but also have good parenting skills, their children’s mental health is protected. This has now been shown for a number of psychological disorders.

Unfortunately, it is very difficult to be the best parent that you can when you are also struggling with mental illness. So children who are sustained by excellent parenting are probably in the minority.

But it need not be this way. Interventions that support parents with mental illness have begun to appear – and the results are promising. When parents with depression, bipolar disorder and OCD are given help and advice that supports their parenting, their children do better psychologically. It is early days for this research. But what is clear is that there is real scope for changing the lives of some very vulnerable children.

You go this way

There has been a push towards joining these services up. But this push has focused on the difficulties faced by young clients who are graduating from child services to adult services. This has been valuable and important work, but the chance to address the inter-generational needs of families has not yet been grasped.

What would my dream set-up be? There are many ways of supporting parenting, but much of the early research has offered parenting courses to parents with psychological disorders. These typically involve coming along, with a group of other parents, for a couple of hours a week for six to 12 weeks. This is great, but expensive, and may be more than a lot of parents need (or want).

I would advocate a “stepped-care” system, where all adults attending mental health services would be asked whether they have dependent children. Those who answer yes would be invited to talk about the impact of their mental health on their parenting. They would be offered brief but well-informed support, from their main therapist, in how to parent well in the context of their disorder.

While we are at it, let’s throw in a clinical child psychologist to every adult mental health service. They would provide a drop-in service, advising on parenting matters to staff and clients. They would run the courses I’ve outlined above and support parents doing computerized parenting courses. Importantly, they would advise on when a child needed a referral to children’s mental health services.

These vulnerable children deserve better. We need to get adult mental health services interested in parents. They need some simple skills for addressing parenting issues. They need a child psychologist or two. It wouldn’t cost much and could save a fortune.

Sam Cartwright-Hatton, Senior Clinical Research Fellow in Psychology at University of Sussex,  receives funding from The National Institute for Health Research and is a Patron of Anxiety UK.

This article was originally published on heconversation.com">The Conversation. Read the original article.