No, Digital Natives Are Not Clueless About Protecting Their Privacy Online
By The Conversation | September 12th 2014 01:46 PM | Print | E-mail 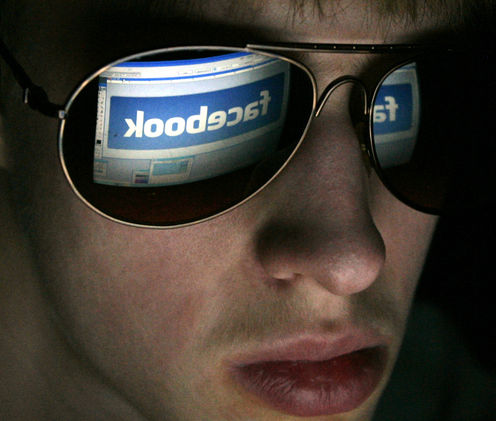 By Grant Blank, University of Oxford

Standing on a stage in San Francisco in early 2010, Facebook founder Mark Zuckerberg announced that as Internet users had become more comfortable sharing their lives online, privacy was no longer a “social norm”. He had an obvious commercial interest in relaxing norms surrounding online privacy, but this attitude has nevertheless been widely echoed in the popular media.

It is assumed that young people are increasingly comfortable sharing their private lives online. Older people assume this is because they don’t fully understand the implications of the public nature of the Internet. But new research proves that assumption to be wrong. Digital natives are more likely than any other age group to tweak their privacy settings.

Privacy concerns an individual’s ability to control what personal information about them is disclosed, to whom, when and under what circumstances. We present different versions of ourselves to different audiences and the expectations and norms of the particular audience or context will determine what personal information is presented or kept hidden.

A fundamental problem with privacy is that audiences that are normally kept separate offline, such as friends, employers and family, are collapsed by some social networking sites into a single online entity. This can lead to problems when actions that are appropriate in one context are seen by members of another audience that considers them improper. Consider for example, the US high school teacher who was forced to resign after a parent complained about a Facebook photo of her holding a glass of wine while on holiday in Europe.

There is certainly evidence of a growing concern about online privacy, with a 2013 Pew study finding that 50% of Internet users were worried about the information available about them online, up from 30% in 2009. Following the recent revelations about the NSA’s surveillance activities, a Washington Post-ABC poll reported 40% of its US respondents as saying that it was more important to protect citizens’ privacy even if it limited the ability of the government to investigate terrorist threats. But what of young people, specifically? Do they really care less about their online privacy than older users?

There has been little systematic research on the privacy behaviour of different age groups online. With co-authors Gillian Bolsover and Elizabeth Dubois, I looked at nationally representative 2013 datasets from the UK (Oxford Internet Survey, OxIS), the USA (Pew Internet and American Life project) and Australia (Community Attitudes to Privacy Survey).

We asked, do young people seem completely unconcerned about their privacy online, gaily granting access to everything to everyone? Well, in a word, no. We find a clear inverse relationship: almost 80% of 14- to 17-year-olds in Britain and almost 95% in Australia have checked or changed privacy settings on social networking sites. This proportion steadily drops to 33% of UK respondents aged 65 and over and 22% of Australian respondents. The strength of this effect is remarkable: between the oldest and youngest the difference is more than 40 percentage points in the UK and more 70 percentage points in Australia.

The similarity across different countries is surprising. If taking action to protect privacy indicates concern then the common assumption that young people don’t care about – and won’t act on – privacy is probably wrong.

This age effect remains significant even after controlling for other demographic variables, such as education, Internet skills and time spent online. Contrary to the prevailing discourse, then, it seems that in general young people are neither apathetic nor clueless when it comes to protecting their privacy online.

Grant Blank, Survey Research Fellow, Oxford Internet Institute at University of Oxford, does not work for, consult to, own shares in or receive funding from any company or organization that would benefit from this article, and has no relevant affiliations.