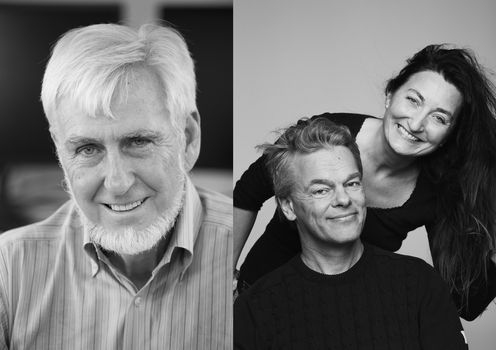 The 2014 Nobel Prize in Physiology or Medicine was awarded with one half to John O'Keefe and the other half jointly to May-Britt Moser and Edvard Moser “for their discoveries of cells that constitute a positioning system in the brain”.

The maps humans created, first on paper and then digitally, have had a dramatic impact on the organization of society and its relationship to the world we live in. But to a large extent, we can still walk around and not get lost, even if we do not carry a map. Building mental maps of our environment is crucial to navigate spaces that we visit again.

Have you ever wondered how you manage to go from your bed to the bathroom in the dark and not hit the dinner table? Or how you know that you need to take a right when leaving the cinema in order to find the shortest way to the bus that will bring you home?

Three decades apart, two seminal contributions to our understanding of how the brain deals with spatial information and memory were made by the recipients of the 2014 Nobel Prize. Using sensitive electrodes to observe and record the activity of single brain cells, they identified specialized neurons that work together to create and memorize mental maps.

In the early 1970s, John O'Keefe, now director of the Sainsbury Wellcome Centre in Neural Circuits and Behaviour at University College London, described a peculiar observation - when a rat is walking around the room, the very same cell would get activated in any given place: neuron A would always fire when the rat is in the top left corner while walking in the middle of the room would trigger neuron B. O'Keefe identified these neurons in a brain region called the hippocampus – named after its resemblance to the seahorse – and called them “place cells” because of their activity associated with specific locations.

Although it was known that the hippocampus has association with memory and learning, this was the first experimental evidence for a functional role in building spatial maps. After exploring a new environment, a collection of place cells could store a cognitive map, or neural representation of the visited layout.

Thirty years later, a system complementary to place cells was discovered in a region of the brain adjacent to the rat hippocampus. It is in the entorhinal cortex that another kind of neurons was found by May-Britt and Edvard Moser, a married Norwegian couple who spent a short time at University College London working with O'Keefe before being offered a position at the Norwegian University of Science and Technology (NTNU) in Trondheim in the 1990s.

They showed that, contrary to place cells, a specific neuron of the entorhinal cortex would be activated not in one given corner of the room, but at regular intervals during the exploration of the the surrounding space. The importance of these cells emerged when the researchers mapped the activity pattern for single neurons on the top of a representation of the environment over a long exploration time. They observed a clear hexagonal pattern of activity. These “grid cells”, as they were named, were covering the entire environment and would combine with place cells in a circuit that together built a perfect co-ordinate system and hence a navigable mental map.

While our knowledge about the function of place cells and grid cells in primates, including humans, is limited due to the difficulty in conducting similar experiments in large animals, studies of rodents and some other small mammals, such as bats, have shown this system is conserved and works in a similar fashion. Together, these cells process the combination of many sensory inputs and compute a positioning system that probably tells us how far we are from our starting point or when we reach a turning point, building a mental representation of a relative co-ordinate system that can be used to navigate the world.

By giving the prize to three neuroscientists, the Nobel committee has recognized scientific achievements which helped us understand a very important subject that has intrigued philosophers for centuries – how we understand and memorize our position in time and space. These observations also explain why brain injury and conditions – such as Alzheimer’s disease – have an impact on memory and orientation.

In an age when mapping the human brain has become a goal for society, a deep understanding of the mechanisms that determine cognition and behaviour had to be recognized as one of the foundations of future success.