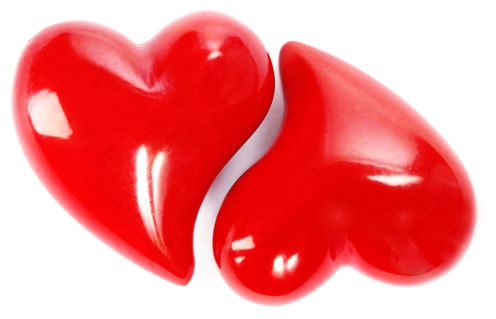 Yin and yang or two peas in a pod? Shutterstock

Relationships are often interpreted as the outcome of an exchange of goods and services.

Common knowledge says that the sexes want different things from a partner.

These preferences are often reduced to shallow, one-dimensional demands – beauty for men and resources for women. “Opposites attract,” they say. No one asks, “Why did that beautiful, young woman marry that old, old man?” because they already know the answer. He had something she wanted and she had something he wanted.

This exchange view of relationships is constantly reinforced – from Shakespearean sonnets and modern romantic comedies to a mother’s advice – and the conclusion seems self-evident. Men and women are two sides of a coin, the yin to the other’s yang. And all any of us are doing is attempting to get the most out of a partner for what we’re offering on the mating market.

The only problem is it’s wrong, according to the latest research.

Why we think opposites attract

The prevalent view that opposites attract and it’s all about an exchange is in line with decades of research in the mate choice literature. The argument, rooted in basic sex differences, is that males and females engage in fundamentally different strategies to ensure their ability to survive and reproduce. Because males invest less than females do in reproduction, they benefit more from taking multiple partners than do females.

Thus, males assess indicators of a partner’s reproductive ability. This assessment is particularly acute for our species because women’s window of fertility is quite short relative to a man’s. So men place a greater importance on the physical attractiveness of a potential partner because it serves as an indicator of fertility.

Females, on the other hand bear the brunt of reproductive costs and so access to resources becomes central to raising successful young. Thus women, who have some of the most expensive children in the animal kingdom, are quite interested in a partner’s ability to invest. Women desire indicators of a man’s ability to acquire and provide resources. Thus, our opposite preferences are, at their simplest, due to our basic sex differences.

But more recent work challenges this simple “opposites attract” approach. For example, while men are often labeled as preferring multiple partners, these preferences are inappropriately assumed. Many men are quite averse to short-term uncommitted relationships and instead desire long-term relationship commitment with a single partner.

Increasingly, findings from cross-cultural studies of mate choice run counter to Western notions of “opposites attract.” For example, in some cases men are the ones who desire an investing partner and in others women show a clear preference for male beauty and feminine traits. So should we just dismiss this as a Western quirk, and just chalk up another explanation to “cultural differences?”

Not so fast. A body of theory in reproductive decision making referred to as assortative mating has recently been building up an impressive body of support. Central to theoretical expectations is that those individuals who are more alike will end up together. This should be thought of as antitheses to claims of “opposites attract” and referred to as a “likes attract” approach.

For example, “likes attract” research finds that partner preferences are strongly influenced by how, for example, individuals rate themselves. That is, people who rate themselves high as a mate are generally more demanding of a high quality mate. More specifically, if an individual rates him/herself high on a trait (such as physical attractiveness, education, trustworthy, etc) they desire a partner that also scores high on that trait as well.

It all comes down to partner matching

Thus, relationships don’t seem to be about an exchange of goods and services but instead about partner matching. Therefore the apparent robustness of sex differences in preferences may largely be an artifact of the focus on sex at the expense of other more meaningful variables.

But why do see this pattern? Why do we want someone like us? Well, if we look across the animal kingdom it’s easy to see that humans are unusual creatures. Monogamy among animals is extremely rare. Even more unusual is paternal care. And because our children take a long time to develop and require the help of a dad, long-term stable relationships are likely in the best interest of both parents.

Thus, pairing based on similar traits and evaluations as a mate possibly make for more enduring pair-bonds over time.

In conclusion, most of us desire to one day find our soul mate. We pine for that one perfect somebody whose sole purpose for existence is to be found by us. But, if we are all seeking our other half, the one who completes us, why do most relationships end in failure? Why is love so full of heartache?

Possibly because an “opposites attract” approach to a relationships is doomed from the beginning. If you want to be happy it would seem that you need to be realistic about yourself. Who makes the best mate for you is not some cultural or societal ideal, but someone who matches you.

By Ryan Schacht, Postdoctoral Fellow in Anthropology at University of Utah. This article was originally published on The Conversation. Read the original article.