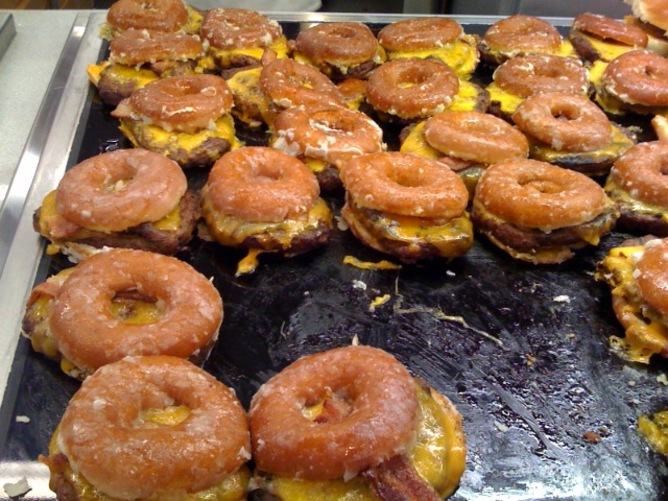 Diet is not only a matter of personal choice. Clay Caviness, CC BY-ND

Diseases linked to smoking tobacco, a lack of exercise, drinking alcohol and eating unhealthily are on the rise, even though we have more information than ever before on the risks involved. All indications are that these so-called “lifestyle” diseases are defeating efforts to persuade people to make the right choices; maybe it’s time for a different approach.

We make the case for a new style of “practice oriented” public health policy, a move which could amount to a significant change of focus for public health.

Models of behavior change that dominate current public health policy, rest on the presumption that individuals are capable of making “better” choices for themselves on the basis of information received, and that their well-being is an outcome of the decisions they make. Contrary to this widely held and popular belief, research has shown that humans are only partly rational and calculating assessors of information. People often respond automatically and routinely to the demands of their immediate environment.

There are alternative approaches to health which focus on these “wider determinants” and that highlight the importance of social context, drawing attention to links between social class and patterns of unhealthy behavior. While these approaches recognize that choices are restricted or determined by social structures, the focus on individual action, albeit constrained, remains.

Neither approach provides much insight into the patterned, routine and habitual ways people live their lives and neither has proved capable of dealing with the problems of so-called “lifestyle” diseases, and the patterns of non-communicable diseases, which follow.

A focus on social practices

While behavior change interventions have had some limited success, the specter of lifestyle disease is a grim reaper indeed – and will continue its devastating journey unless we can effectively build on new ideas.

Trying to get individuals to adopt healthier lifestyles overlooks the fact that smoking, exercise and eating are fundamentally social practices: they have shared histories, they are shaped by businesses and institutions and they are not simply expressions of personal choice.

The contention that public health can and should take social practices as the central focus of action is informed by a set of ideas which have a long-standing history in the social sciences and which have already been taken up to good effect in other areas, such as environmental change.
This approach draws attention to the fact that our daily lives are made of sometimes competing, sometimes mutually reinforcing complexes of social practice.

For example, having a takeaway on a Friday night and watching the TV are two practices that might support each other, whereas going to the gym and staying in to share a bottle of wine are (potentially) rival pursuits, competing with each other for time in the daily routine.

Some measures in this vein have already begun to take effect. For example, the smoking ban in public places has helped break associations between going out for a meal and smoking. It did so by changing what smoking involves and consequently changing the reality.

Despite the promise and the potential, switching the core planks of public health policy away from individual choice and toward social practice is likely to be an uphill struggle.

This is not because the ideas are hard to understand or because they are difficult to mobilize, but because current approaches reproduce a model of rights and responsibilities associated with individualism and self-management. If public health policy is to stand a chance of confronting, let alone addressing the scourge of non-communicable disease, it will have to find the courage to break away from this mold.

This article was co-authored with Chris Carmona and Mike Kelly from the National Institute for Health and Clinical Excellence.

Elizabeth Shove, Professor, Sociology at Lancaster University, and the DEMAND Centre receive funding from the RCUK Energy Programme and EDF as part of the R&D ECLEER Programme.

Stanley Blue, Lecturer at University of Manchester, does not work for, consult to, own shares in or receive funding from any company or organization that would benefit from this article, and has no relevant affiliations.