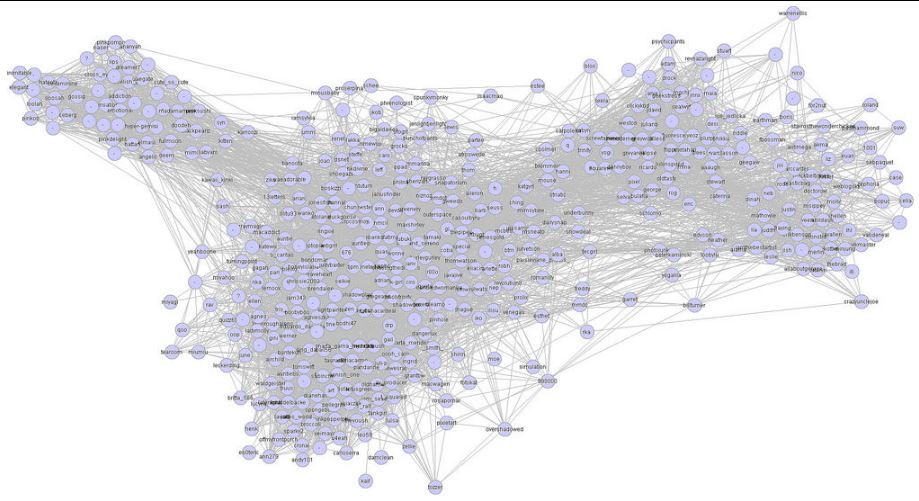 Cardiovascular diseases such as heart attacks and stroke, cancers, diabetes and chronic respiratory diseases such as chronic obstructive pulmonary disease and asthma are among the leading causes of death across the world.

Killing over 30 million people each year, these conditions are often referred to as “non-communicable” diseases because they are not passed directly from person to person like an infectious disease. But a growing body of evidence is showing that lifestyle factors such as smoking, physical inactivity and obesity – which all increase the risk of dying of non-communicable diseases – are actually socially contagious.

Pioneering studies examining smoking behavior and obesity in large social networks suggest that not only do certain behaviors tend to cluster within social groups – so friends, family members and even colleagues of smokers or obese individuals are more likely to smoke or be obese themselves – they actually appear to spread through social ties.

Your chances of becoming obese, for instance, are 57% higher if you have a friend who becomes obese over the same period. Similarity among social connections has also been shown for markers of cardiovascular risk, such as blood pressure and cholesterol, which are influenced by lifestyle.

Taking these findings into account, it seems this group of conditions might better be described as “socially communicated” diseases.

A number of theories try to explain to why certain behaviors may be socially infectious. Exposure to friends' behaviors may influence perceptions of social norms about the acceptability of unhealthy behaviors. Social connections may also influence behavior more directly, for example, by sharing cigarettes or affecting food consumption.

Shared environmental influences, such as the availability of healthy or unhealthy food and opportunities for physical activity, may also play a role. This is particularly likely for couples or families living under the same roof.

If so-called “non-communicable” diseases are, in fact, socially communicated via modifiable lifestyle behaviors, could encouraging lifestyle change within social networks help to reduce risk? Studies indicate spouses tend to improve their diet and lose weight when their other half follows a weight-loss program or undergoes bariatric surgery. Similar effects seem to be true for other health behaviors.

In research published in JAMA Internal Medicine, for instance, my colleagues and I found people were more likely to quit smoking, become more physically active, or lose weight if their partner made such changes as well.

Our data came from 3,722 married and cohabiting couples, aged 50 or older, taking part in the English Longitudinal Study of Ageing. Participants reported their smoking and physical activity status while nurses monitored weight loss. We found people were more successful in swapping bad habits for good ones if their partner did too.

Men were equally affected by their partners. They were more likely to quit smoking, get active, or lose weight if their partner made the same behavior change. Research has found people are more likely to swap bad habits for good ones if their partner did so too. graywolfx47/Flickr, CC BY-SA

Our results cannot explain why behavior change efforts were more successful when done with a partner, but there are a number of plausible mechanisms through which doing it together might make changing easier.

Support and encouragement might help people feel less alone in changing their behavior. A partner making the same change reduces exposure to the unhealthy behavior (such as smoking in the home), potentially making it easier to avoid slipping back into old habits.

Couples can hold each other accountable for their behavior and any “slip-ups”, which might encourage adherence to the new behavior. Having a little bit of healthy competition could also help to keep things interesting and spur people on.

We think “buddying up” with a friend or family member could make it easier to change unhealthy behaviors, be it through support, encouragement, or even a little bit of competition. After all, a problem shared is a problem halved.

And changing the terminology used to describe conditions such as cardiovascular disease and diabetes from “non-communicable” to “socially communicated” could help draw attention to the potential for risk reduction through social means.