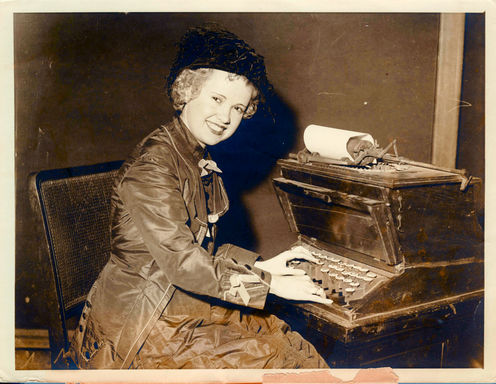 The news came as something of a shock to a hardened feminist such as myself, but a quick survey of prescribed and suggested texts set for senior English in most Australian states demonstrates this is a fact routinely taught to teenagers in school.

Almost 70% of the texts on the Victorian Certificate of Education English curriculum are by male authors, according to Megan Quinlan, manager of The Stella Prize, the literary organization named after Stella “Miles” Franklin, that seeks to recognize female authors and promote their contribution to Australian literature.

The Victorian situation was reported yesterday in Fairfax by Year 10 student Laura Di Blasi – but the situation is far from being unique to Victoria.

My own count of the texts set by the Board of Studies for the New South Wales (NSW) Higher School Certificate starting in 2015 actually places the number a touch higher, with male authors making up at least 70% of the new curriculum – which is destined to stay in place until the year 2020.

In South Australia the figure is even worse, with more than 77% of prescribed texts set for the South Australian Certificate of Education being written by men.

A quick glance at the lists of suggested texts published by the School Curriculum and Standards Authority of Western Australia and the draft list from the Tasmanian Qualifications Authority looks similarly disheartening.

The situation is even more depressing when you break the set texts into genres.

In South Australia, in the category of drama, there are an astonishing 14 plays written by men and a pitiful two written by women. In film, which is admittedly a male-dominated industry, there are 15 films directed by men, five directed by women.

Women do marginally better in poetry, with two thirds (18) of the collections written by men and one third (nine) written by women. In prose, the proportions are much the same, with 15 novels penned by men, a mere six by women.

The HSC Prescriptions 2015–20 English Stage 6 in my home state of NSW makes for particularly tragic reading.

Once you burrow down through the modules the picture actually – if possible – gets worse. In NSW, it seems that a teacher who is determined, particularly pig-headed or merely indifferent, can actually pick an all male line-up of texts in the common content areas of both standard and advanced courses. It is certainly impossible to pick a complete line-up of women.

Module A, entitled Experience Through Language, Elective 1 – Distinctive Voices – seems to comes close to a 50:50 split, with six male authors alongside and five women. But Elective 2 in the same category – Distinctively Visual – features the work of five men and one female.

Also of concern is the way in which gender experience is skewed. In Extension 1, Module B – Texts and Ways of Thinking – there is an elective called After the Bomb which, according to the curriculum, covers the:

period from the dropping of the atomic bombs on Hiroshima and Nagasaki up to the collapse of the Soviet Union and the dismantling of the Berlin Wall.

Male voices dominate to a stereotypical degree, taking up 80% of the textual choices. Women, apparently, have nothing much to say about bombs, violence or war.

But women do get to outnumber men in Elective 2 – Texts and Ways of Thinking – which deals with the texts of “Romanticism”. This unit looks at “spontaneous thought”, “feeling” and “creative yearning”. It lists 60% female authors to 40% male – men, it turns out, are basically strong and silent and therefore have comparatively little to say about “feeling” or “yearning”.

(Though some ground might be conceded for setting Mary Wollstonecraft’s Vindication of the Rights of Women – 1790 – in this unit, albeit in truncated form.)

It is Extension 1, Module C – Language and Values – that really deserves the prize for chauvinism. Elective 1 – Textual Dynamics – is said to examine the “joy and cleverness of invention” and consists of four texts by men and only one by a woman. Maybe women are deemed to possess little in the way of “joy” or “cleverness” because 80% of the “language and values” presented in this elective are male.

In a Room of One’s Own (1929), Virginia Woolf invented a character called Judith who was Shakespeare's sister in order to make the argument that a woman with Shakespeare’s genius would have been denied the same opportunities.

Judith, like Woolf herself, is destined to stay at home while little William goes off to school, although Judith was:

as adventurous, as imaginative, as agog to see the world as he was.

On reading the set texts for senior English, not to mention the texts suggested for Years 7 to 10, the cynically-minded could be forgiven for thinking things have not changed as much as we have been led to expect.

In the 21st century the notion that all the best books are written by men is absurd. Rather, the question is how and why women’s experience – and their contributions to English literature – have been marginalized in terms of the “knowledge” that is valued in the curriculum, and in society.

Last month in Victoria, the Stella Prize launched its Schools Program, which features regular school visits from feisty female authors, as well as teaching notes on significant books by Australian women to help teachers come to grips with women’s texts. The Stella hopes to expand the program nationally.

Language is not just about aesthetics. Books give young readers a way of understanding, being in, and relating to, the world. The experiences presented in women’s writing are not only important for the growth of girls, they are important for boys.

We are all diminished if the experience and attitudes of only one half of humanity are to be presented and valued.

Camilla Nelson, Senior Lecturer in Media and Communications at University of Notre Dame Australia, does not work for, consult to, own shares in or receive funding from any company or organization that would benefit from this article, and has no relevant affiliations.