A geriatric semi-captive rhino died in Kenya recently. “Sudan”, a 45-year-old northern white rhino was put to sleep as vets decided, after months of ill health, that his condition had deteriorated to the point where the levels of pain and quality of life were unacceptable.

From a conservation perspective, this does not sound like a big deal. Sudan was one old rhino. He was well past breeding age. So why did his death make headlines?

Sudan was the last surviving male northern white rhinoceros, a subspecies known to scientists as Ceratotherium simum cottoni that went extinct in the wild about 20 years ago thanks to poaching. He was captured and removed from the wild in 1975, the last wild-caught northern white rhino. Sudan’s daughter Najin, and granddaughter Fatu, are now the only two left, and they are both old and incapable of reproduction even if they had a mate.

It is a strange situation. On the one hand, it matters a lot. The northern white rhino is extinct, it just doesn’t know it yet. Conservationists refer to such populations as “the living dead”.

On the other hand, does it really matter? Despite persistent misreporting in the media (and some debate among scientists) the northern white is generally recognised as “only” a subspecies of the white rhinoceros. It is survived by its relative the southern white rhino, Ceratotherium simum simum, around 20,000 of which remain. The species as a whole is not currently endangered.

The importance of Sudan’s actual death remains unclear, partly because it seems increasingly possible to bring his subspecies back to life. The northern white rhino may be resurrected by Jurassic Park-style technology. That would require conservationists to collect eggs from the remaining females and develop IVF techniques that are as yet unproven on rhino. 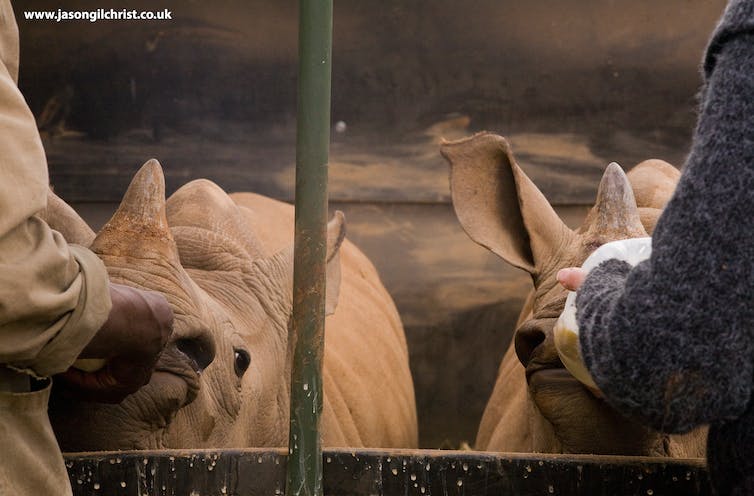 DNA has been stored from 13 northern white rhino that died in recent years, including Sudan, and it would be combined with similarly-frozen eggs and sperm. The embryos produced would then be implanted within surrogate female southern white rhino. I recently spoke to Professor Thomas Hildebrandt, a global leader in conservation reproduction and pioneer of this technique, and he was confident it would work.

If these optimistic plans play out, the first northern white rhino calf born since the year 2000 could be produced before the death of the two remaining females. An alternative would be to produce a genetically-engineered baby rhino that is a hybrid of both northern and southern species. If plans to resurrect the extinct woolly mammoth via hybridization with Indian elephants are possible, then a white rhino hybrid is not unachievable.

Nevertheless, we are not talking not about saving a subspecies from extinction, but resurrecting an extinct subspecies – a much more challenging proposition.

Southern white rhinos to the rescue 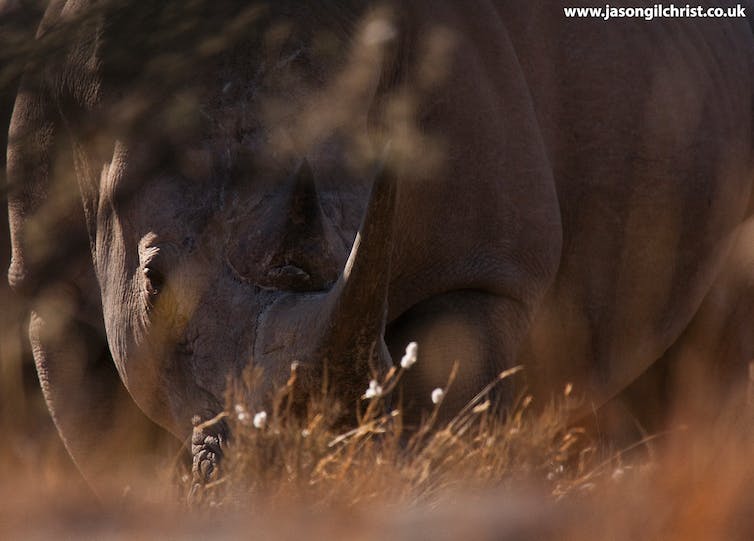 Most southern white rhino are found in South Africa where they are under sustained pressure from poaching for their horn. Jason Gilchrist, Author provided

We, as a society, have to be pragmatic and economic with the resources available to protect wild animals. Can we justify spending an estimated £7.1m (US$10m) to try to bring back to life a subspecies from stored DNA with limited genetic diversity? Even if the animals were all alive and breeding, there would still be fears of the “founder effect” that can occur when a population is started from just a few individuals, with some traits lost and others dominant within the resulting population.

As a near-extinct subspecies, the conservation argument for continued investment to save the population is based upon whatever adaptive genetic diversity it holds that differentiates it from the other subspecies. But it is not clear exactly what genetically-useful traits are found in the sample of 13 northern white rhinos that are not also present in the southern white.

To be direct, if millions of pounds can be raised to try and resurrect the northern white rhino, should it not instead be invested in protecting the southern white rhino (still at risk from poaching? Or alternatively, direct the money towards even more vulnerable Asian rhinos..

It is easy to see why cutting edge reproductive technology is so appealing now that the planet’s sixth mass extinction crisis is well under way. 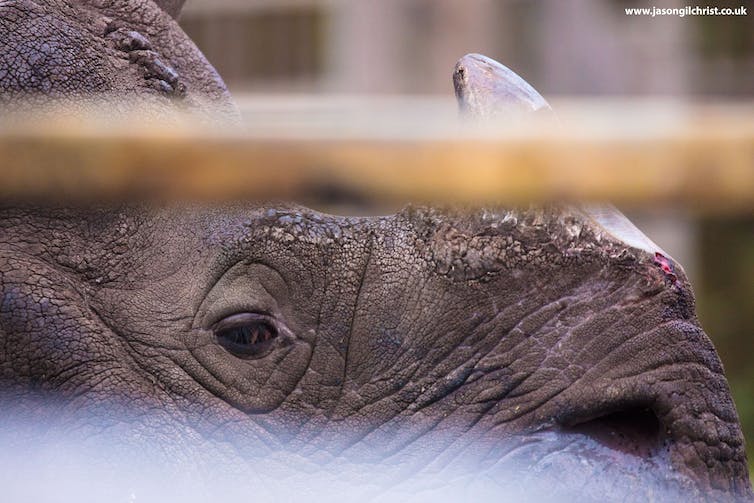 A greater one-horned rhino in a zoo. Only about 3,500 individuals remain in the wild in Asia. Jason Gilchrist, Author provided

But the only economic and practical long-term solution to biodiversity loss is to conserve wildlife in the wild and to prevent it from reaching the sorry state of the northern white rhino. After all, if humans cannot save a species in nature while it is alive, what future for animals that we manufacture? My worry is that they would simply be living museum exhibits, destined to live out their lives in zoos, with habitat loss or poaching preventing life in the wild. Where would this end? Do we want to repopulate the world with lab-produced engineered organisms?

It is difficult to be positive about our ability to manage these incredible animals to survival. We have already failed the northern white rhino, let us ensure that we do not let down the remaining rhinoceros species and all the other endangered animals out there that need our help.

By Jason Gilchrist, Ecologist,Edinburgh Napier University. This article was originally published on The Conversation. Read the original article.