“Diversity” as a concept has a lexical and political value all its own, with a widespread appeal. The problem with that is, however, that no one actually has the same idea of what diversity actually means. There is some consensus that the concept has, over time, morphed into something that it was not originally intended to be. Denise Green’s 2004 study looks at the University of Michigan’s response to a 1997 affirmative action case, and argues that legal precedents such as this one moved the cursor away from social and racial justice towards a narrower, simplified idea about diversity.

Walter Benn Michael’s 2006 book The Trouble with Diversity views it as a conservative concept that shifts the focus from social and racial inequality to the diversity of identity, sweeping the important issues under the carpet. Millennials have been demonstrated to associate the concept more with diversity of “experiences” and viewpoints instead of with issues of race and gender. Scott Page’s work has demonstrated that among all diversity metrics, one very important one – cognitive diversity – is the real game-changer in the workplace.

This diversity of definitions illustrates the precise problem with diversity: it cannot be “all things to all people” without losing some of its earlier focus. Longer-term struggles for equality and civil rights get diluted in this eclectic mix, and identity politics cloud the path forward. It seems that diversity as a concept is so appealing, and so emblematic of our global era, that it has simply brought “too many cooks into the kitchen”; creating distractions away from the focus of the pressing social issues we face in modern democracies. 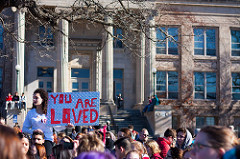 Sociologist Ellen Berrey’s 2015 study, The Enigma of Diversity, examines how diversity actually plays out in three different sectors of society – a large publicly traded company, a mixed neighborhood in Chicago, and the University of Michigan. Berrey’s six-year ethnography reveals once more that diversity clearly means different things to different constituencies. Her more worrying conclusions demonstrate that the diversity concept is mobilized by different groups with different interests in a way which has significantly weakened the demand for racial and social justice.

So diversity still remains, despite all positive evidence of its value, and the noble efforts to make it work, more an aspirational ideal than a reality in the global workplace today. Calls for “diversity 2.0” have focused on gender equality and diversity of experience, specifically in Silicon Valley, where a diversity drama has been playing out among tech firms, even inspiring the popular HBO series Silicon Valley. Adding to the drama, a polemic and provocative anti-diversity manifesto written by Google engineer James Damore was leaked last summer.

Finally, with the explosion of digital content and connected online users, we have paradoxically come to lack a diversity of viewpoints. When Google introduced personalized search algorithms in 2009, it translated into the fact that no two people obtain the same search results, creating an information filter bubble where we cannot capture the ideas of others as easily. Living in this bubble prevents us from gaining access the same online information as our family, friends and close acquaintances. Imagine then what this means when it comes to viewing the same content as those who are very different from us. By generating overwhelmingly one-sided content, tailored for our individual preferences, Google funnels us into social “silos” where we do not have exposure to diversity of opinions and ideas.

Studies demonstrate that these silos further entrench our preferences when it comes to information selection. So whereas we aspire to diversity of opinion and information, the very tools we use to connect to others prevent us from our full diversity potential.

If information diversity has been sabotaged by digital media platforms, questions of social and racial diversity need to get put back on the front burner to address issues of fairness and justice. Nowhere does the unfinished business of diversity play out more visibly and dramatically than in the United States, with its long and violent history of race that, for Princeton historian Nell Irving Painter, is itself “an idea” based neither on science nor fact, constructed by humans for human purposes. Painter’s History of White People traces a long and tortured heritage of “whiteness” dating from Antiquity up to the present-day America of mass incarceration and the #blacklivesmatter movement. The implications of race-as-an-invention are startling, because it means that we are actually perpetuating and giving currency to a flawed, “imagined” concept in day-to-day life.

We should actually question the terms we use – instead of race, terms like ethnicity or skin color that have observable scientific grounding. This begs a broader question: do we actually believe that race exists in reality? Do we have to use the word race? We may question its existence today, but a good many white European and American male scientists certainly believed it existed in the past. If we turn our attention to the history of science and its intersection with “race” throughout the 18th and 20th centuries, we see how ‘race’ as a concept paved the way for not only slavery and the genocide of native Americans, but also for Hitler’s racist ideology against the Jews and other minority groups. Although social Darwinism, scientific racism, and biological determinism have been thoroughly debunked, we remain the heirs to these defective, racial supremacist ideas which infiltrate the very ways we talk about diversity. 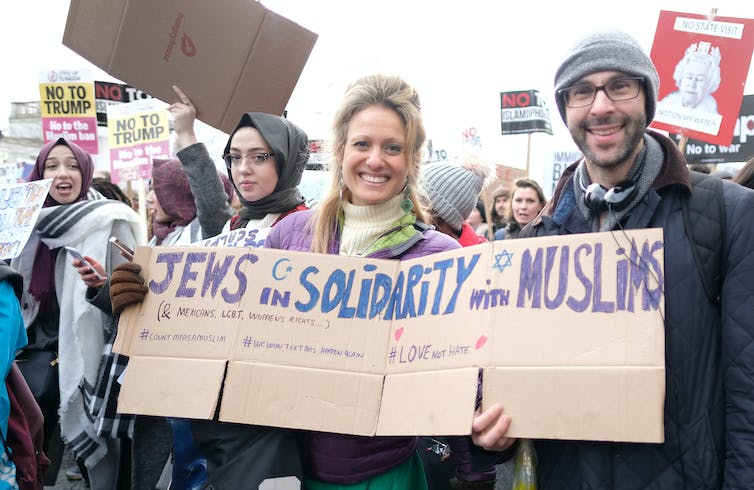 Racial justice: the diversity elephant in the room

So while most people think that diversity is a good idea, it remains, like race, more an idea than a fact. And it appears to have effectively shifted our attention away from the festering and indisputable problem of racial inequality. European countries continue to struggle with racial discrimination due to postcolonial legacies, as well as the influx of desperate asylum-seekers and migrant workers. France began to respond to its racial inequity problems in the 1990sand Germany has seen a shift from a class-based to an ethnicity-based welfare state. Scholars in the UK have focused on popular culture and black youth and on the problems of blackness in the academic environment. Again, the United States stands out among advanced economies in terms of its racial inequities.

These disparities are manifested everywhere in the US – in the urban space, in the way people think about their health, and simply in the ways racism is shown to be deeply embedded in institutions. Drawing attention to this elephant in the room, Bryan Stevenson’s Equal Justice Initiative has made strides to clarify those areas of society where the inequities reside and to educate citizens about their shared history of racial injustice.

Yet this is nothing new. A report put out by the Brookings Institute in 1998, years before Obama’s election, envisioned a tenuous future for black-white relations, noting that even affluent and successful African-Americans expressed a particular rage at their consistently unequal treatment. Today, thanks to social media conversations about race and their viral nature, we seem to be experiencing a crescendo effect in terms of the number reported incidents involving minorities. These conversations and video evidence continue to pile up, spanning from everyday discriminatory grievances to fatal shootings by police and retaliatory actions taken in the aftermath. Polls show that Americans are more cynical than ever about race relations.
Diversity and race keep getting confused, amalgamated, or co-opted for different political gains and purposes. Harvard President Drew Faust published a letter on June 12th 2018 in support of “Defending Diversity” as the school prepares to defend the integrity of its diversity policy and admissions process in an upcoming legal battle. Student body diversity is for Faust the inclusion of “people of different backgrounds, experiences, and perspectives”, an ideal that just about anyone would find laudable and worthwhile. And yet this concept of diversity is, as we have seen, just broad enough for anti-diversity special interest groups like Students for Fair Admissions to cherry-pick admissions data and instrumentalize race once more as the culprit behind what they allege are unfair, biased, and unconstitutional admissions processes.

And yet there are signs of hope for the future of diversity. Generation Z is said to be even more inclusive and tolerant than its predecessor, the Millennial generation. There has been a shift from studying race relations and racism towards understanding racialization, a process of “ascribing physical and cultural differences to individuals and groups” which demonstrates a deeper and broader understanding of society’s unfinished business. Studies show that minority youth can be extraordinarily resilient in the face of racism, and that novel forms of therapy can help them cope.

Movements such as #neveragainMSD show us that young people can rise to their political calling, organize a grassroots movement, and inspire an entire nation to pressure government and special-interest groups. Activist groups like Showing Up for Racial Justice demonstrate that majority groups can take a stand to speak out forcefully against racism and challenge the permission structures that make it possible. There remains so much more to be done.

Next on the agenda, in my upcoming article, I will explore how educators can play a vital role in raising awareness and in moving the conversation about diversity in more productive directions through practice scenarios in the classroom.