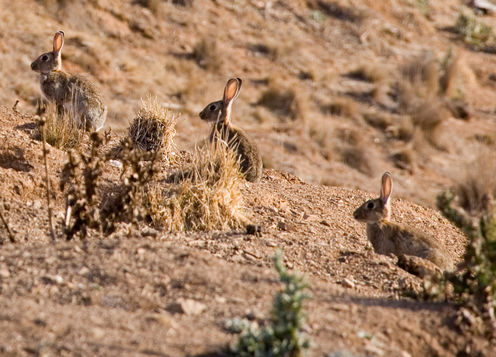 Given the millions of dollars in damage to agricultural productivity that ensued, as well as the impacts on biodiversity as the rabbits bred and spread to cover 70% of the continent, this could be seen as Australia’s worst Christmas present.

In 2007, Australia committed to reduce its greenhouse gas emissions to at least 5% below 2000 levels, by the year 2020. This commitment remains central to our climate change policy, and we should expect greater emissions reduction targets in future if we comply with the international target of limiting global warming to plus 2C.

Storing carbon in the land

There’s been plenty of talk of planting more trees. But case studies and evaluations of government programs such as Bushcare show that this is an expensive way to re-vegetate.

Instead, many people now recognize there are better ways to manage carbon across large areas. Livestock grazing and fire (such as “savanna burning”) are often cited as important factors to manage and enhance carbon storage in plants and soils across vast areas.

Some significant gains might also be achieved by reducing the damage caused by some of our most serious pest animals.

Eating us out of house, home and carbon

Rabbits are well known for their ability to strip grasslands bare and destroy the seedlings of woody shrubs and trees. Even in low numbers, rabbits can completely prevent some important woody species from regenerating.

Mulga woodlands, for example, cover vast tracts of inland Australia, and mulga trees are likely to be a very important carbon store in these areas. However, rabbit numbers as low as one animal per hectare can effectively stop the replacement of old trees by destroying seedlings.

Recently, Tarnya Cox and I reviewed the potential benefits of controlling rabbits and other invasive herbivores for reducing Australia’s greenhouse gas emissions. We unearthed a multitude of similar stories about the extensive damage that rabbits can cause to vegetation and ecosystem function, and how that may affect the ability of these systems to capture and store carbon.

Importantly, much of the damage that rabbits cause to the environment can be reversed.

In many areas, Mulga and other species flourished for the first time in 100 years after rabbit numbers were reduced by up to 95% in the 1990s by rabbit hemorrhagic disease virus (previously known as calicivirus).

Many other studies have also found sudden increases in plant growth after rabbit populations were reduced by disease or intensive conventional control. The regeneration of Mulga and other woody species over broad areas can make significant contributions to our emissions reduction targets. Mulga and other arid zone acacias are long-lived, grow slowly, and have very dense wood. This means that mature trees can store large amounts of carbon for their size, and keep much of it locked up long after the death of the plant.

Regenerating Mulga woodlands in western Queensland and New South Wales are estimated to capture over half a ton of carbon dioxide equivalent, per hectare per year, in woody biomass alone. This equates to about four air passengers traveling from Sydney to Brisbane per hectare of mulga woodlands.

Rabbits inhabit most of the 143 million hectares of Australia’s Mulga woodlands. If their populations can be controlled, then there is considerable potential for natural carbon sequestration to help us meet our greenhouse gas reduction targets.

Other invasive herbivores – such as camels and goats – can also reduce vegetation cover and plant carbon storage. However, we already have a solid understanding of the rabbit’s impact on the environment, and they are very widespread which means that their eradication could have large positive impacts.

How to control rabbits

Conventional rabbit control operations – such as warren destruction and poison baiting - can be more cost-effective at regenerating native vegetation, than planting more trees. This would be useful for the large areas of road-side reserves and stock routes which need re-vegetation. They rival the size of the National Park estate in terms of total area across south-eastern Australia.

These areas would be suitable for conventional rabbit control. Even a small increase in tree density due to rabbit control would help us achieve our greenhouse gas reduction targets. Rabbit control is often required to allow tree plantings to establish and flourish. A rabbit feeds on a planted tree surrounded by a tree guard, despite an apparent abundance of green vegetation outside the tree guard. Mark Hillier, Invasive Animals Cooperative Research Centre, Author provided

Of course, there are many challenges in reducing the damage caused by rabbits, and improve our chances of achieving our greenhouse gas reduction targets. Most importantly, we need accurate estimates of the effect of rabbit control on natural carbon sequestration.

We also need a means of monitoring actual carbon sequestration amounts, that complies with the stringent carbon accounting rules of the Kyoto Protocol.

As we hark back to that fateful Christmas Day in 1859, a future of climate uncertainty, agricultural hardship and the loss of our unique biodiversity, we must be prepared to act on these challenges.

Andrew Bengsen, Research Scientist at NSW DPI and Adjunct Research Fellow at University of New England, receives funding from Meat and Livestock Australia and the Invasive Animals Cooperative Research Centre. He is affiliated with the New South Wales Department of Primary Industries.