This Drug Changed Cancer Treatment 50 Years Ago But Most People Have Never Heard Of It
By The Conversation | March 10th 2015 12:00 PM | Print | E-mail 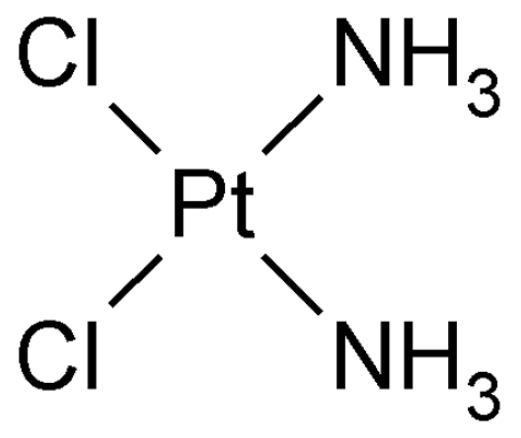 This year marks the 50th anniversary of cisplatin’s accidental discovery as an anti-cancer drug. Despite its horrible side effects, and the ability of cancers to become resistant to it, the drug remains as relevant now as it was when it first reached the market.

And the good news is that the drug can, and is, being made better. New formulations are being designed to make it more effective and less toxic.

The history of cisplatin

The history of cisplatin starts not in 1965, but in 1844, when it was first created by Italian chemist Michele Peyrone. For a long time it was known as Peyrone’s chloride. But the really important event was its accidental discovery as a cancer treatment by Barnett Rosenberg, a biophysical chemist.

At the time, Rosenberg was trying to study the effect electric fields had on bacterial growth. During his experiments, he found bacteria grew 300 times their normal size, a very unusual result, when he used platinum electrodes to generate the electric fields. It took a while to figure out what was going on, but in the end he discovered the platinum electrodes were corroding in the test solution, producing cisplatin.

Rosenberg published his remarkable findings in the journal Nature and followed this up three years later with another paper showing cisplatin could cure tumors in mice.

Cisplatin has been used as a treatment for cancer since its approval by the US Food and Drug Administration in 1978. And while five other platinum drugs based on the structure of cisplatin have been developed since, it has never been replaced.

Platinum drugs are now used in 40% of all chemotherapy treatments. This has completely changed how some cancers are treated. For instance, before cisplatin’s discovery the cure rate of testicular cancer was just 10%, but when combined with early detection the cure rate is now approaching 100%.

The good and the bad

Cisplatin has to be given as an intravenous injection because it’s not effective when delivered orally. Once in the veins, it moves from the blood stream into cancer cells where it bonds with water to form a more reactive form of the drug.

In this form, the drug can stop DNA from replicating and from acting as a blueprint for making proteins. This causes cancer cells to recognize something is wrong and initiate a type of cell suicide called apoptosis.

But cisplatin is not without its problems. Its suite of horrible side effects includes severe nausea and vomiting. These two side effects are, in fact, so bad that the drug’s development was almost stopped when it was first tested on people. It was only the invention of effective anti-nausea drugs that led to cisplatin’s approval by drug authorities.

Cisplatin also makes patients anemic and susceptible to infections. It destroys their kidneys too, although giving the patient lots of water before and after treatment has been found to be effective in reducing this.

Worse still, because these side effects are so severe, they limit the dose of the drug that can be given to patients. Many cancers end up getting treated with less than optimal doses as a result, which leads to tumors rapidly developing resistance to further treatment. This is a particular problem in the treatment of ovarian cancer because it develops resistance faster than other types of cancer.

The future of cisplatin

But there’s good news on this front. Over the last two decades, many researchers, including my research team, have been developing new formulations of cisplatin in an effort to reduce its side effects. The best way to do this is through the use of nanoparticles to better target cisplatin to cancer cells. Better targeting cancer drugs is important so they don’t attack non-cancerous tissue.

One such nanoparticle formulation being commercially developed is Lipoplatin. This formulation encloses cisplatin in a shell called a liposome, which is similar in structure to the walls of human cells. As a result, it floats in the bloodstream for longer and gets trapped selectively in tumors but not normal tissue.

And it doesn’t stop there. Novel nanoparticle formulations of cisplatin using exotic materials are also being developed, although these are much further away from being ready for human testing. To date, cisplatin has been attached to carbon nanotubes, gold nanoparticles and even spaghetti ball-like polymers called dendrimers.

My team has also attached cisplatin to the outside of nanoparticles made of rust. Because rust contains iron, we could control the movement of the nanoparticles with magnets, ensuring the drug only goes to the sites in the body where it’s needed.

This drug has revolutionized the treatment of many types of cancer, especially testicular, and remains as critically important now as when it was first discovered. So happy 50th anniversary to cisplatin and good luck to all those working to make it better.