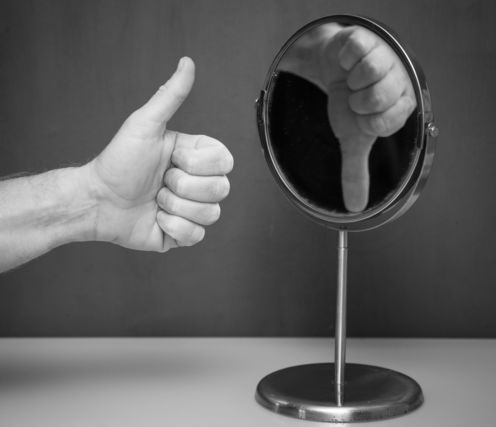 By Kristján Kristjánsson, University of Birmingham

In the last few months the UK’s two main political parties have entered into an apparent bidding war over which of them can elevate the teaching of character highest on their educational agendas before the next general election.

With an extra flourish, the secretary of state for education, Nicky Morgan, announced a £3.5m fund to “place character education on a par with academic learning” for pupils. This money will be spent on scaling-up existing initiatives and funding more research into character education.

This is good news. But a more worrying feature of the recent debate about character education is the apparent return of self-esteem and self-confidence as virtues to be cultivated at school.

In an article I wrote earlier this year for The Conversation, I warned against the unduly restrictive focus in character education on performance virtues, such as grit and resilience. This is being done at the expense of other character virtues – both moral, such as honesty and compassion, and intellectual, such as curiosity and love of learning. After all, who wants the resilience of the repeat offender? Judging from recent coverage of debates around character education, this criticism is still valid in critiques of the views of character expressed both by Morgan, and Labour’s shadow education secretary, Tristram Hunt.

That said, a closer look at the full text of Morgan’s Priestley Lecture at the University of Birmingham and Hunt’s speech at a recent joint Demos–Jubilee Centre conference reveals a more expansive view of character as both steadfastly laden with values and intrinsically important for a well-rounded, flourishing life.

Some red herrings still survive in these waters. The terms “soft” and “non-cognitive” skills are relentlessly swirled around as designators of character virtues, at least of the performance kind. I hope this is just a language issue – politicians and journalists share a love of short and catchy phrases – because from an academic standpoint both terms are terrible misnomers.

Character traits are notoriously resistant to change, at least after middle to late childhood. There is a lot of truth in the words of Nobel Prize Laureate J M Coetzee that, after the skull, character is the second hardest part of the body.

In a similar vein, there is nothing non-cognitive about character virtues, even of the performance kind. For example, resilience is all about certain beliefs you harbour about your chances of overcoming adversity. All virtues, performance-driven, moral and intellectual, comprise a clear cognitive element.

Please, no comeback for self-esteem

When spelling out her priorities on character education, Morgan explained, “What I mean is a focus on things like the additional character skills we all need to get on in life – resilience, grit, self-esteem, self-confidence.”

I thought self-esteem had been laid to rest as an educational aim after the famous meta-analysis by American psychologist Roy Baumeister and colleagues in 2003. It seems not. There were some salient findings from their research and from my further review of the 1990s “self-concept” industry, focused on debates around self-esteem, self-confidence and self-respect.

These included that high general self-esteem is more pernicious than low self-esteem – it is more clearly connected to variables such as unprotected sex, bullying and experimenting with drugs. A likely explanation is that high self-esteem gives the person a false sense of invulnerability to negative consequences. Moderate and realistic self-esteem is, rather, the ideal psycho-moral state.

At the same time, while correlations have been found between self-esteem in maths and maths scores, the maths results are more likely to cause the self-esteem, rather than the other way around.

Who we are deep down

The return of debates around self-esteem and self-confidence is potentially more counter-productive for the character agenda than the focus on resilience – as almost no eminent social scientists take it seriously any more. To put it simply, character is much more about who we really are deep down rather than who we think we are.

It is heartening to see messages and findings from our work at the Jubilee Centre for Character and Virtues gradually filtering through to UK politicians. But, as yet, their faculty to express their new-found interest still lags slightly behind their enthusiasm for conveying the message that character matters for academic achievement and general human flourishing.