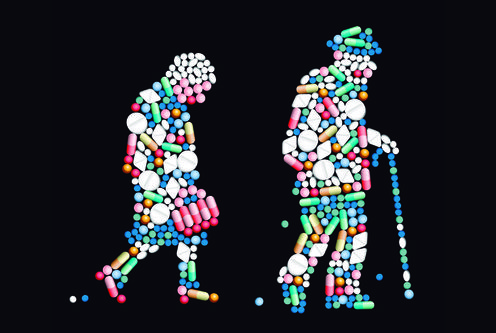 In 1971 Richard Nixon declared “War on Cancer” with the signing of the National Cancer Act. Significant progress has been made in the intervening 44 years – and Europe has been at the forefront of many of the advances.

But on February 4, World Cancer Day, it is worth asking whether we are winning the war on a disease which affects more than 22m people annually?

First, the good news – more people are surviving cancer than are dying of the disease. The recent European Cancer Registry shows that in Europe there were almost 16m cancer survivors in 2012.

Understanding the biology of the disease has led to an unprecedented growth in the use of personalised medicine approaches to help treat cancer. For Chronic Myeloid Leukaemia (CML), for example, the use of drugs designed to target the genetic abnormality in CML cells has revolutionised the treatment in the past 10 years.

In childhood leukaemia, we have moved from a situation where in Nixon’s time nine out of ten children would die of the disease to where only one out of ten die in the developed world.

So yes we are making progress – but there are also challenges that we have to face in order to make sure that cancer does not become an epidemic in the coming years.

Not all patients are equal

But herein lies the nub of the problem – all cancer patients are not equal. If we take the childhood leukaemia example above, we find evidence of significant disparities. In Zimbabwe, nine out of ten children still die of this “curable cancer”.

In Europe, where cancer has overtaken cardiovascular disease as the most common cause of premature death in more than half the countries, there are significant differences in cancer incidence and mortality rates and extreme inequalities in access to cancer care.

Cancer disparities manifest themselves in many ways: through inequalities in access to optimal care, through ageist cancer treatment policies, through lack of a realistically resourced National Cancer Plan. In Northern Ireland, access to cancer drugs lags behind their availability in England. Thus a Belfast postcode means a cancer patient will not receive the same standard of care as his or her counterpart in Birmingham, even though they are both citizens of the UK and subject to the same taxation policies.

Partnering with local cancer charity, Cancer Focus Northern Ireland, has underpinned an Equal Access Campaign with 30,000 signatories delivered to the health minister, prompting a review of the cancer drugs policy in Northern Ireland. Inequalities in access to cancer drugs are evident in a number of European countries, particularly in Eastern Europe, for example in Bulgaria and Romania, and this is reflected in poorer survival rates.

So in order for us to fight the war on cancer in Europe, we must make sure that all countries receive an optimal level of cancer care.

A second challenge is the ageing of the European population, which will lead to significant increases in the incidence of cancer in our lifetime. Are we prepared for this eventuality?

Our recent research would suggest not. We highlighted significant disparities in access to cancer clinical trials and specialised care for older people with patients over the age of 65 frequently receiving less therapeutic intervention for breast, prostate and colorectal cancer than younger people. In many cases, care was being delivered based simply on the age of the patient, rather than other important factors such as fitness and suitability for certain clinical trials and the wishes of the patients themselves.

While age in itself should not be a factor in the decision to provide curative therapy, there is increasing evidence that older patients are under-treated and that this lack of equity in access to cancer care is leading to poorer outcomes in older patients. Age is just a number and an more inclusive approach can yield substantial dividends, particularly important given the impending explosion in cancer numbers across Europe.

Thus while science has led to new discoveries that are helping to cure more patients, not everyone is getting equal access to these treatments. The disparities in cancer mortality highlighted in this article have their roots in inequities in health between European countries and even between regions of the same country. The economic crisis in Europe has exacerbated these already existing health inequities, depriving cancer patients of the vital care that they require.

The increasing cancer burden that we are experiencing in Europe will have a profound impact not only on patients and their families, but will also impact negatively on our healthcare systems and on the future economic competitiveness of Europe. What we now need is strong leadership to implement the changes required to bridge that gap.

The ageing European population underpins an exponentially increasing cancer trajectory such that, within our lifetime, a European citizen will succumb to this deadly disease every ten seconds. In order to halt this impending cancer epidemic, we must act now.

By Mark Lawler, Chair in Translational Cancer Genomics at Queen's University Belfast. Lawler does not work for, consult to, own shares in or receive funding from any company or organization that would benefit from this article, and has no relevant affiliations. This article was originally published on The Conversation. Read the original article.