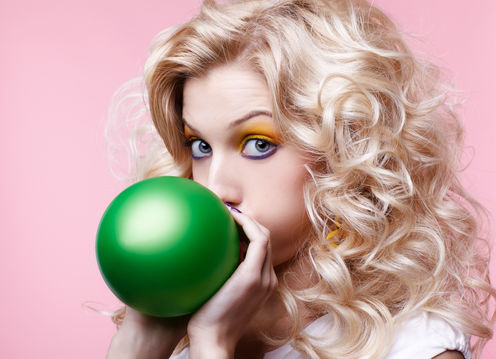 Most of us would choose to experience pleasure – however we may define it – as often as possible. The public health and criminal justice systems are set up by the government partly to shape how, when and where we find pleasure, so that we balance our enjoyment with working and paying taxes.

But some are protesting that the government’s new blanket ban on psychoactive substances goes a step too far – and imposes on our freedom to control what goes on in our heads.

The rhetoric of risk, harm and wrongdoing is used to persuade us to make “rational” choices about our consumption. One common rhetorical strategy is demonization: this is when certain substances or activities are framed as risky, bad for us and bad in themselves.

A glance at recent media stories charting the downfall of sugar, chastising those perceived as overweight and condemning new psychoactive drugs shows how our troubled relationship with pleasure is often expressed in stories of self-indulgence, danger and death.

The proposed Psychoactive Substances Bill has been justified to the public on the basis of such harms. While many drugs are outlawed in the Misuse of Drugs Act 1971, the new bill proposes to outlaw other psychoactive substances, which are used to alter mood and behavior. Some of these have been repurposed – such as ketamine (which is used in veterinary medicine) – while others have specially designed to provide altered states of being and pleasure.

Yet there are many different substances that alter the way our minds function and how we feel. Any substances we eat, and many activities – such as exercise – alter our moods, our perceptions of the world and how we experience life. Some, like opiates, may make us feel better in a dual sense: as well as enhancing our subjective experiences, they may also form the basis of medical treatment.

As a result, the bill proposes to ban many everyday products. An obvious example is nitrous oxide: commonly known as “laughing gas”, this substance is also used to aerate whipped cream, by dentists as an anesthetic, and to make fast cars go faster.

The justifications for this bill rest on questionable assumptions about the risks posed by psychoactive substances, the amount that they are used and the likely impacts of the bill, should it become law. What’s more, the status of currently lawful psychoactive substances, including food, alcohol, tobacco and caffeine, remains unquestioned, despite evidence that alcohol and tobacco are potentially more harmful than many outlawed drugs.

Bodily practices such as yoga and meditation have also been deployed to attain ASCs and NOSCs. Years of official suppression of research into this area means that we have very little idea of the potential range of ASCs and NOSCs, how to induce them reliably, or what their health benefits and risks may be.

A right to cognitive liberty

This information, along with safe, standardized supplies, could enable us to exercise our cognitive liberty safely and responsibly. In the US, supporters of cognitive liberty argue that the Constitution’s First Amendment on Freedom of Thought is meaningless without an inherent right to control what chemicals are present in your brain.

This would entail not only the right to make our own decisions about consuming psychoactive substances, but also the ability to refuse pharmaceutical interventions, such as vaccines that block the pleasure-inducing effects of illegal drugs.

It is difficult for the government to justify denying us such rights, on the basis that the risk of harm to others outweighs our freedom to seek personal happiness, although so far English courts have refused to accept such arguments. Indeed, if we’re going to talk about harm, it can be said that we suffer significant harm if we are denied the right to choose how we pursue happiness, self-transformation and cognitive liberty.

The benefit to our physical, mental and spiritual health could be substantial, and redirecting our efforts to this end would undoubtedly promote human flourishing.

Robin Mackenzie is Professor of Law at University of Kent. This article was originally published on The Conversation. Read the original article. Top image: Shutterstock