On July 15 971, the bones of St Swithin were removed from their resting place on the order of Aethelwold, Bishop of Winchester, and placed in a shrine inside the cathedral. The saint, it seemed, did not approve. A violent storm followed, and rain fell for 40 days. And from that story came the belief that the weather on July 15 predicted a summer of sun or rain.

The weather in the UK this summer has been unpredictable – but largely overcast and wet and there was even a freak tornado in east London in late June. Technology might give us access to minute-by-minute forecasts, but how humans read the skies has long been shaped by a heady mix of meteorology, magic, and miracles.

The origins of the legend of St Swithin are questionable. Early sources suggest that St Swithin himself requested the removal of his bones to the cathedral. Why then would the saint stir up a storm? The first written record tying St Swithin to weather forecasting is linked to a torrential downpour in 1315, some 500 years after his bones were moved, and the rhyme above dates from some three centuries after that.

Has it ever rained for 40 consecutive days after July 15? Not according to weather records. The closest it might have got was in 1924 when (according to the Guinness Book of World Records) 30 of the 40 days after St Swithin’s day were wet, but 13.5 hours of sunshine were recorded on July 15.

There might, however, be a glimmer of truth in the legend. Summer weather in the UK is shaped by the position of the jet stream. A northerly position in early July will make a drier, sunnier summer more likely, but a southerly position will often usher in a period of unsettled weather. St Swithin’s day could well be a useful barometer.

If St Swithin is responsible, he’s not alone. Other saints whose feast days fall in June and July are also associated with weather forecasting. Rain on St Gervase’s day on June 19 predicts 40 days of wet weather, while a damp feast of the Seven Sleepers (in Germany, Siebenschläfertag) on June 27 will usher in seven weeks of rain. 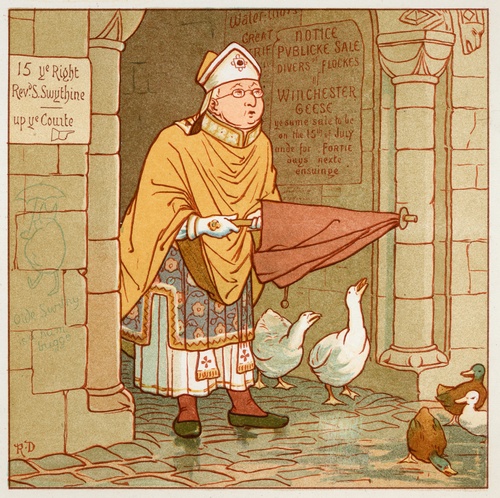 St Swithin is associated with a prediction of rain for 40 days over the rest of summer. Chronicle/Alamy

St Swithin’s legend is just one part of a complex picture of human interaction with the weather. Snow and sun, hot and cold, are written into our society, culture and language. And the skies are as a blank canvas on which humans paint their own beliefs and fears.

Current concerns about climate change differ from those of our ancestors. Smaller local changes in weather were often of more immediate importance because of the threat that they posed, but also because of the message that they carried.

That message was often from God, an interventionist deity who used nature – storms, floods, drought – to communicate with humanity. The Bible contains ample precedents: when his people would not repent, God warned Noah that he would “bring a flood of waters upon the earth”. 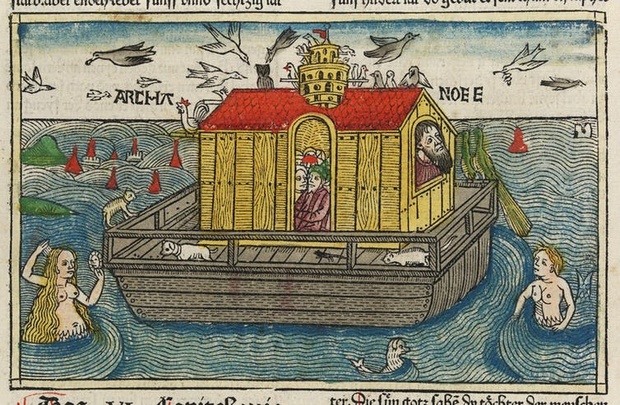 Churches responded to both successful harvests and natural calamities with prayer and fasting. The English Book of Common Prayer (1549) attributed a “plague of rain and waters” to human sin. And in 1598, a preacher from Sussex, in the south of England, declared that famine, floods and unseasonable weather were “a sermon of repentance”.

Weather was where the natural and the supernatural met. But it was not just God and his saints who could manipulate the weather.

A “mini ice age” in Europe (c.1300-1850) led to severe winters and cold, wet summers in which harvests failed. In these conditions, plague, famine and fear combined to fuel the belief that unnatural weather was the work of witches. 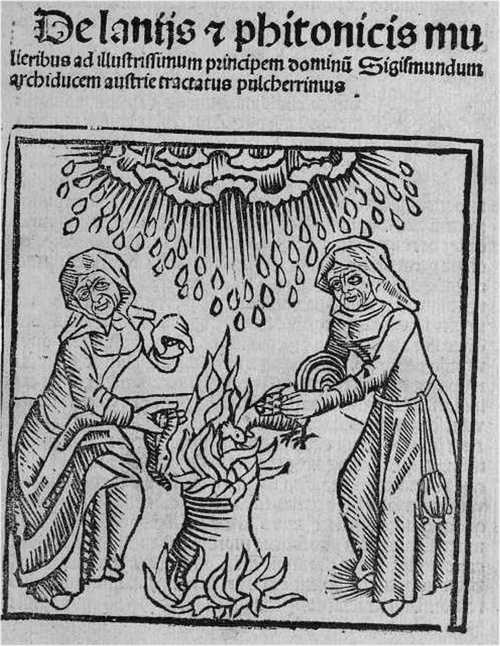 
Theologians and demonologists described how witches stir up storms, raise tempests, “solidify springs of water and melt mountains”. The link between witchcraft and weather was cemented in the famous book, the Hammer of Witches (Malleus Maleficarum).

The idea was repeated in printed pamphlets and news, in sermons, and in the accusations that neighbour made against neighbour. In 1562, storms swept across Europe leaving panic in their wake. In the German town of Wiesensteig more than 60 witches were burned at the stake.

In a well-documented and high profile case of weather magic in 1589, the Scottish king James VI was caught in a storm in the North Sea, and more than 100 suspected witches were arrested in the area surrounding North Berwick. Many were tortured, found guilty and executed for witchcraft and for treason.

So blame witches, your sins or even saints for the weather July 15 brings and the summer that predicts. But, for the record, meteorologists tracking the position of the jet stream predict a spell of warm, dry weather beginning in mid-July. Unless it rains on July 15 but fingers crossed it doesn’t.

By Helen Parish, Professor in History, University of Reading. This article is republished from The Conversation under a Creative Commons license. Read the original article.