Few topics arouse as much interest and controversy as sex. This is hardly surprising. The biological continuance of the species hinges on it – if human beings stopped having sex, there would soon be no more human beings. Popular culture overflows with sex, from cinema to advertising to, yes, even politics. And for many, sex represents one of the most intimate forms of human connection.

Despite its universality, sex and its purpose have been understood very differently by different thinkers. I teach an annual course on sexuality at Indiana University, and this work has provided opportunities to ponder sex from some provocative angles, including the body, the psyche and the spirit.

Sex and the body

Alfred Kinsey (1894-1956) was an insect biologist whose alarm at “widespread ignorance of sexual structure and physiology” led him to become perhaps the first major American figure in the study of sex. The Kinsey Reports, published in 1948 and 1953, presented a highly statistical taxonomy of sexual preferences and practices. Despite draining sex of virtually all eroticism, the books managed to sell about three-quarters of a million copies.

The intellectual climate for Kinsey’s studies of sex had been powerfully shaped by the work of Sigmund Freud (1856-1939). Physician and founder of psychoanalysis, Freud created a model of the human psyche that placed libido or sex drive at its core and postulated that psychological and social life are powerfully shaped by its tensions with the conventions of civilized behavior. According to Freud, failure to adequately resolve such tensions could manifest in a variety of mental and physical ailments.

The stage for psychoanalysis had in turn been set by Charles Darwin (1809-1882). In “Selection in Relation to Sex (1871),” Darwin argued that human beings are animals, likening differences between males and females in body and behavior to those seen among species such as peacocks and emphasizing female choosiness and direct competition among males. From Darwin’s vantage point, and later that of Freud, even some of the most sophisticated trappings of human civilization reflect basic biological imperatives. The subject of non-heterosexual attraction requires a different account.

At first glance, sexual reproduction is a puzzle, since each member of an asexually reproducing species can produce its own genetically identical young at a lower biological cost. However, sexual reproduction allows a more rapid reshuffling of the genetic deck, increasing the probability that some individuals will be well adapted to environmental changes. Because human beings reproduce sexually, the foundation is laid for sexual selection, the competition for mates of which Darwin wrote in such detail.

Sex and the psyche

The writer Leo Tolstoy (1828-1910) presents a more broadly humanistic understanding of the purpose of sex. In “Anna Karenina,” often ranked as the greatest of all novels, sex provides the foundation for the family. Characters who treat sex as an adventure with no regard to family come to bad ends, while those who devote themselves to family happiness fare well. In Tolstoy’s view, the seemingly mundane joys of family life, made possible by sex, constitute the truest joys accessible to human beings.

Consider Tolstoy’s description of the life of a devoted mother, Dolly, troubled by the illnesses of her children:

“Though hard it was for the mother to bear the dread of illness, the illnesses themselves, and the signs of evil propensities in her children – the children themselves were even now repaying her in small joys for her sufferings. These joys were so small they passed unnoticed, like gold in sand, and at bad moments she could see nothing but the pain, nothing but sand; but there were good moments too, when she saw nothing but the joy, nothing but gold.”

In the first book of “Anna Karenina,” two men discuss the theories of love in Plato’s (428-348 B.C.) dialogue, “The Symposium.” One of its characters, the comic poet Aristophanes, grounds sex in our desire for completeness. Aristophanes tells the story of once-whole creatures who, because of their pride, were cut in two, creating human beings, who now wander the Earth seeking completion in their other half. For Aristophanes, sex represents above all a desire for wholeness.

Sex and the spirit 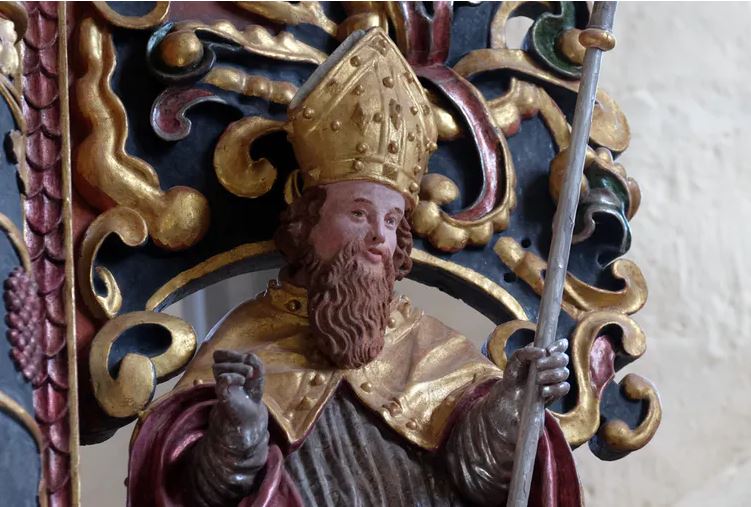 Before he was a saint, Augustine of Hippo was quite the rake. In his ‘Confessions,’ he wrote that he had been a slave to his sexual desires. Zvonimir Atletic/Shutterstock.

Augustine of Hippo (354-430), a saint in Catholicism, also subordinates sex to other purposes in human life. As a young man, Augustine had relished the pleasures of sexual life, even taking a concubine who bore him a son. Later in his “Confessions,” he describes his former self as a slave to his sexual impulses. He recognized that such impulses could find appropriate expression in marriage and family, but he treated his own preoccupation with sex as evil, because it prevented him from orienting his life around his ultimate purpose, God.

One of the most extraordinary books in the Bible is the Song of Songs. Unlike the other books, it does not mention the God of Israel or covenant, contains no prophecy, and does not represent a wisdom text, like Proverbs. Instead, it celebrates the mutual yearning of two lovers, each of whom waxes erotically on the other’s charms and the sexual intimacy they enjoy. More than any other text discussed here, this is love poetry in which lovers revel in one another’s allure and embrace.

In an era in which sex and religion are often portrayed as antagonists, it can be a bit hard to fathom the view of some rabbis that the Song of Songs represents the Holy of Holies, capturing the flow of divine love and the restoration of harmony between God and creation. Likewise, Christian interpreters have often read the Song of Songs as an analogy for the love between God and man, in which the two exist in full accord. In both traditions, sex is seen as an earthly sign of a higher union.

For millennia, theologians taught that the sole purpose of sex was reproductive. Now, almost everyone agrees that sex has many purposes -- and benefits. Dean Drobot/Shutterstock.com

Today we doctors take for granted that sex and health are linked. Sexually transmitted infections such as gonorrhea, chlamydia, and HIV/AIDS, immunization against human papillomavirus (HPV), and the health implications of pregnancy are rightly regarded as essential topics in sex education. Likewise, there is increasing interest in the health benefits of sex – sex as a form of exercise good for the heart, intimacy as a way of relieving tension, and the benefits of sex for immune function and general sense of healthiness.

Yet the biologists, psychologists and theologians of sex invite us to think more deeply about the purposes of sex. From a biological point of view, sex enables each human being to participate in the perpetuation of the species, interweaving each generation with its forebears and progeny. Psychologically speaking, sex brings us together in a way that makes 1 + 1 = 3, rendering us co-creators. And spiritually, sex serves as a rich metaphor for the union of earthly and higher orders.

How we see sex depends on our vantage point. Athletic and hedonistic perspectives offer relatively limited accounts of sex. If, on the other hand, we view sex as an opportunity to participate in something beyond ourselves, it may unexpectedly enrich our whole lives.

By Richard Gunderman, Chancellor's Professor of Medicine, Liberal Arts, and Philanthropy, Indiana University. This article is republished from The Conversation under a Creative Commons license. Read the original article.