Why Japan’s Deadly Ontake Eruption Could Not Be Predicted
By The Conversation | September 30th 2014 05:30 PM | Print | E-mail 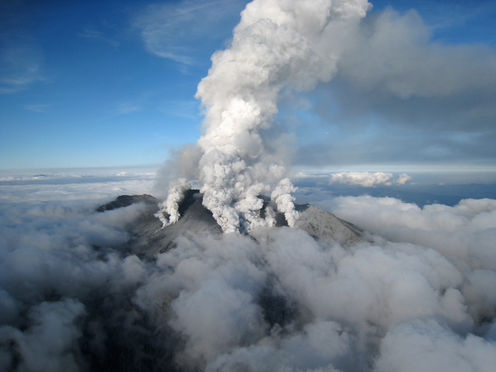 By Rebecca Williams, University of Hull

Since then, there has been feverish speculation about why tourists were on an active volcano and why the eruption wasn’t predicted.

Mount Ontake (also known as Ontakesan) is a stratovolcano which last erupted in 1979-80 and 2007 (there was also a possible, unconfirmed eruption in 1991). Before this, there were no recorded historical eruptions at Mount Ontake.

Since the eruption in 1980, Ontake has been monitored by the Japan Meteorological Agency (JMA). It has seismometers around the volcano to record volcanic tremors and instruments to measure any changes around the volcano. This would provide the JMA with signs that there was magma movement underneath the volcano and that perhaps an eruption was imminent. There had been a slight increase in volcanic tremors starting at the beginning of September. Why, then, was this eruption not predicted?

Firstly, the ability to predict volcanic eruptions is an ambition that volcanologists are far from realizing. Magma movement under a volcano will cause volcanic tremor, make the ground rise and fall and release gases such as sulfur dioxide. If these signs are monitored closely, then it may be possible to forecast that an eruption may be imminent. However, all of these things can also happen without any volcanic eruption. Knowing what these signs mean for an individual volcano relies on data collected during previous eruptive episodes, as each volcano behaves differently.

Mount Ontake has only had two known historical eruptions and previous to the 1979 eruption, had not been monitored, so scientists here had no previous data to work with. Volcanic tremors are very common at active volcanoes and often occur without being associated with an eruption.

Secondly, the type of eruption that volcanologists think occurred at Ontake is one that does not cause the signals typically monitored at volcanoes. The images and videos captured by hikers on the volcano show that the ash cloud was mostly white, which can be interpreted to mean that the eruption was mostly steam.

The effects of the pyroclastic density currents, the flows of ash, and gas that flowed over the ground from the summit, suggest that they were low-temperature and low concentration. Both of these point to there being no magma directly involved in the eruption. Instead, it is likely water had seeped into the volcano and was superheated by magma within the volcano and flashed to steam causing what is known as a phreatic eruption.

Phreatic eruptions occur without magma movement, hence the lack of precursor signals. The 2007 eruption was also phreatic and also occurred with little warning.

So, if an eruption like the one in Japan could not be predicted, should tourists have been allowed up Mount Ontake? Ontake is a place for religious pilgrimage, as well as a popular destination for hikers and climbers. This is quite common for volcanoes around the world; tourists flock to Kilauea, Hawaii to watch the lava flows, climb volcanoes in the Cascade Range, USA and even ski at volcanoes such as Ruapehu in New Zealand.

A phreatic explosion such as the one seen at Ontake on Saturday is possible at all of these places.

There is something compelling about the power of nature, and the beauty of a volcano that draws people to them. Volcanoes are inherently dangerous places and there will always be risks to those who visit them. However, events like that at Ontake are thankfully rare. Laying the blame at the foot of either the hikers, or the authorities that allow tourists to visit active volcanoes would be misplaced.

The events at Ontake were tragic. It’s my opinion that it was a tragedy that could not have been predicted or prevented, given our current level of knowledge. It highlights the need to understand volcanic systems better. My thoughts are with the survivors, and the families of those who didn’t make it.

Rebecca Williams, Lecturer in Volcanology at University of Hull, receives funding from Natural Environment Research Council and the British Socety for Geomorphology.