Tommaso Dorigo
This is just a short note - a record-keeping, if you like - to report that my long review on "Collider Searches for Diboson Resonances" has now appeared on the online Elsevier site of the journal "Progress of Particle and Nuclear Physics".
I had previously pointed to the preprint version of the same article on this blog, with the aim of getting feedback from experts in the field, and I am happy that this has indeed happened: I was able to integrate some corrections from Robert Shrock, a theorist at SUNY, as well as some integrations to the references list by a couple of other colleagues.

Now I am pointing to the final version of the article with a different aim - I want you to cite it! Of course when one writes something one would like it to be read, or at least cited if it is a scientific article (that's all what matters, right?). But really, when you write a review of the status of research in one field of science, it is important to get some exposure, at least if it is something you did as well as you could, which in earnest is my case (whatever the level of the final product is). I spent two full months of my time to produce the article, which was 77 pages long when I submitted it, now turned into less than 50 after typeset in the very text-thick style of the journal.

According to the journal editors, PPNP reviews should be the main reference on the topic, especially for PhD students and early post-docs. I do hope the text will be useful for young researchers who want a bird's eye view at the research on these new physics signatures. So, again, cite the darn thing! :)


Below is a screenshot from the online site where you can get a copy of the paper. 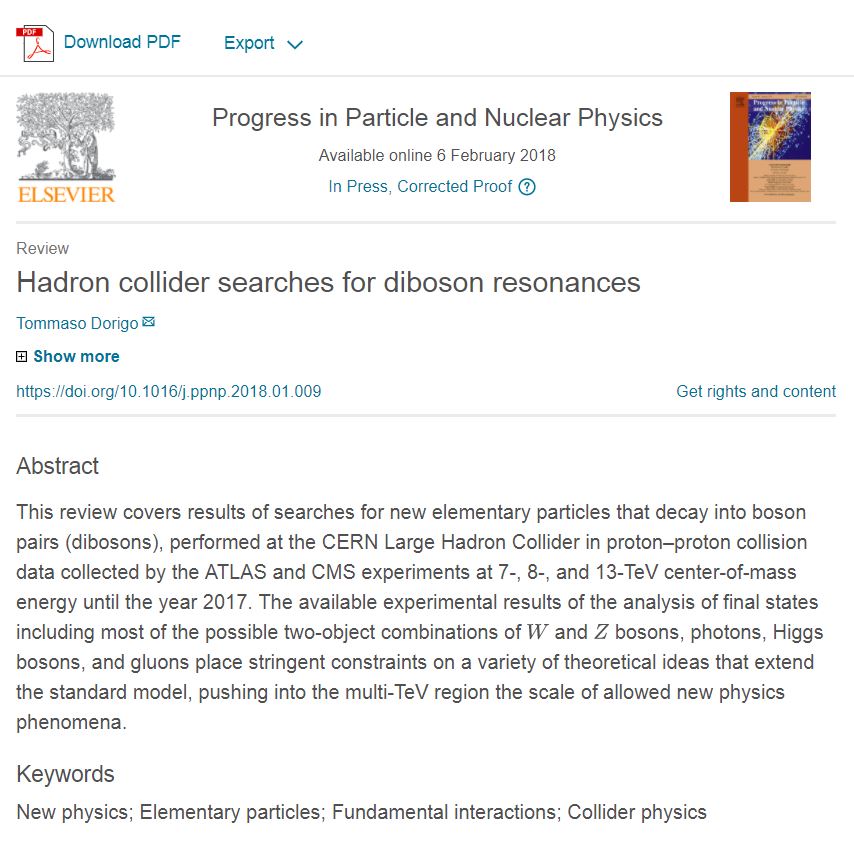