Becky Jungbauer
What's that, you say? Science is coming? I thought it was already here - then what are we talking about on Scientific Blogging?

Fear not, befuddled blog readers. For when I speak of science coming to us, I speak of only the most spectacular, the most enthralling, the most "these guys are off their rocker" of the scientific milieu. That's right, a They Might Be Giants album. 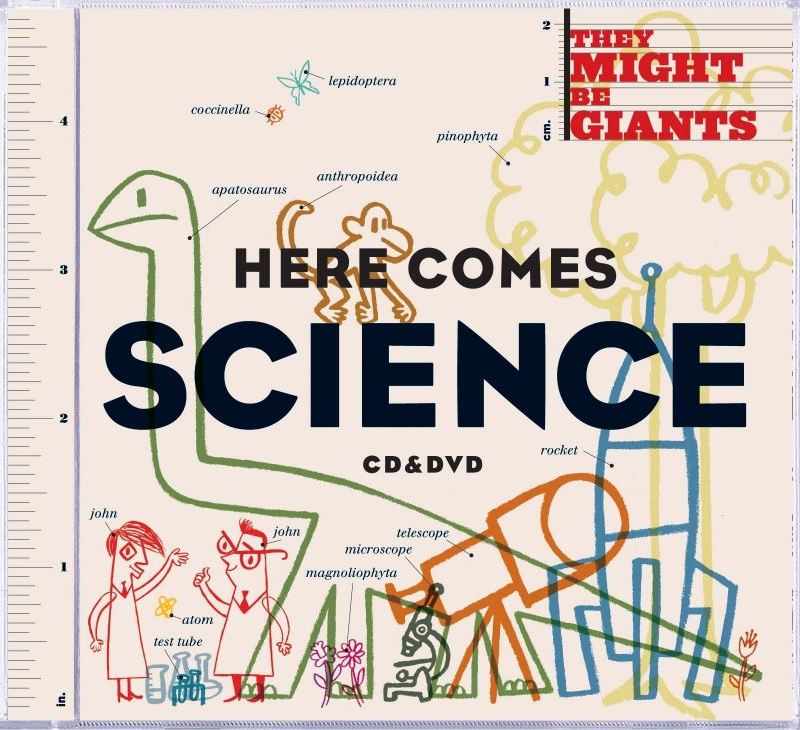 TMBG is releasing a new album ENTIRELY DEVOTED TO SCIENCE SONGS on September 1! I can't even handle it, I'm so excited. Unfortunately for the husband and cat I discovered this just before bedtime, so it took me a while to fall asleep, since I had to sing Why Does the Sun Shine? and Particle Man a few times in joyful celebration.

I am curious as to how "Meet the Elements" will stack up to Tom Lehrer's "The Element Song." (Hank will particularly enjoy the depiction of thorium.)

TMBG won a Grammy this year for their kids album, "Here Come the 123s," so I can only assume that with the release of this album, science will dominate next year's Grammys. I'm sure Ice Cube is working on an album describing the phasic properties of water, My Chemical Romance is in the studio for its album on the Chemistry of Love, Korn just finished writing songs about ethanol versus switchgrass in the biofuel debate, and the word on the street is that Evanescence penned a tribute to, well, evanescence.