Mi Cro
I found a problem where the original data from NCDC lost the tenth of a degree place during importing. So I corrected this problem and regenerated my graphs.
Also based on emails with Dr Roy Spencer, he suggested that I remove stations that are not present through the majority of the time period analyzed. This was done for NH,SH and Tropics charts, where to be included the station had to have 240 days of data over at least 40 years from 1940-2010.

These are the updated graphs.
Global averages all stations: 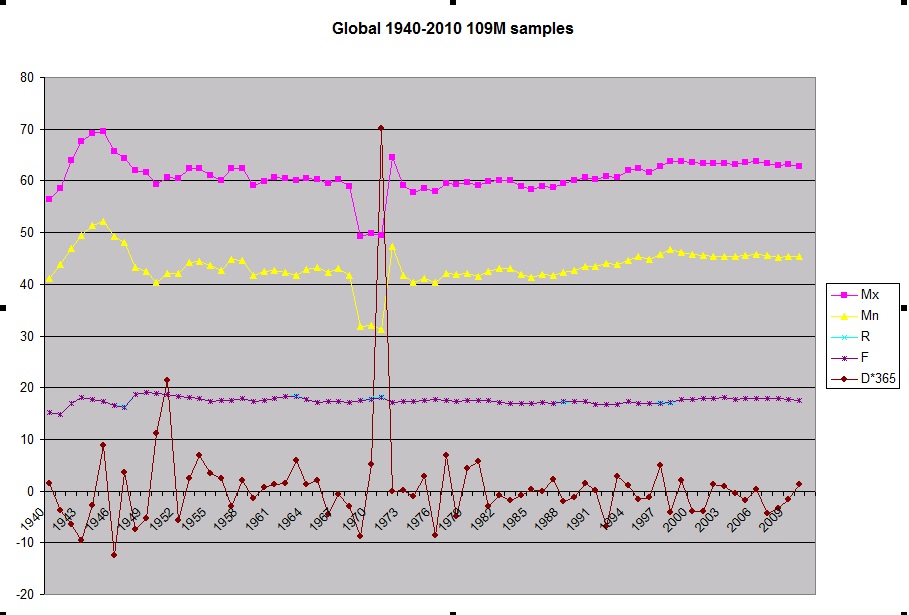 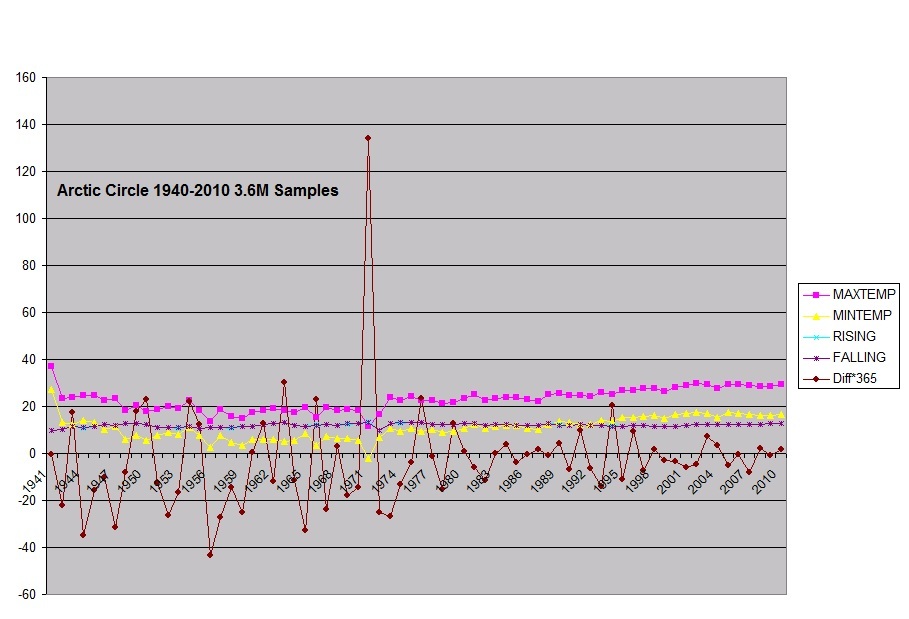 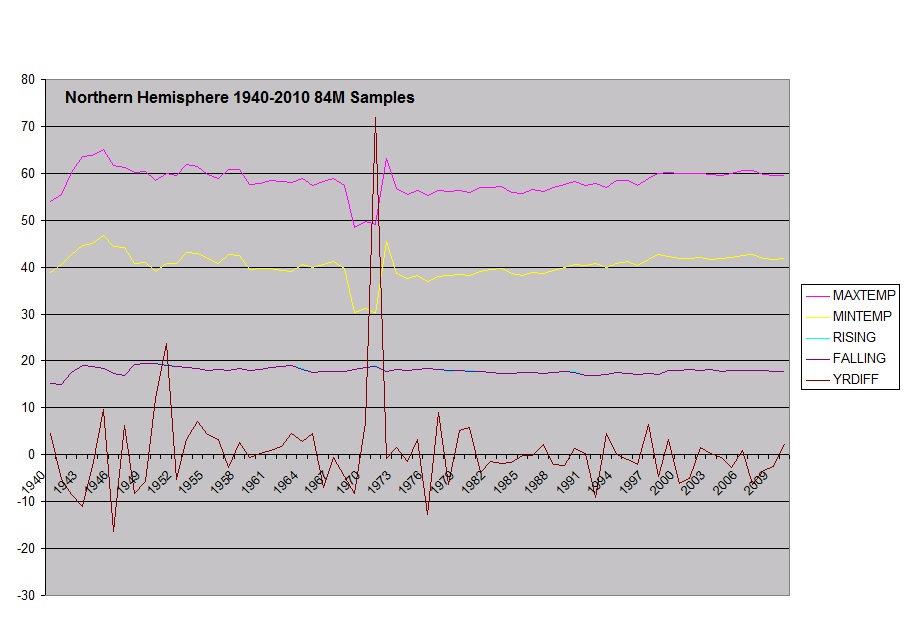 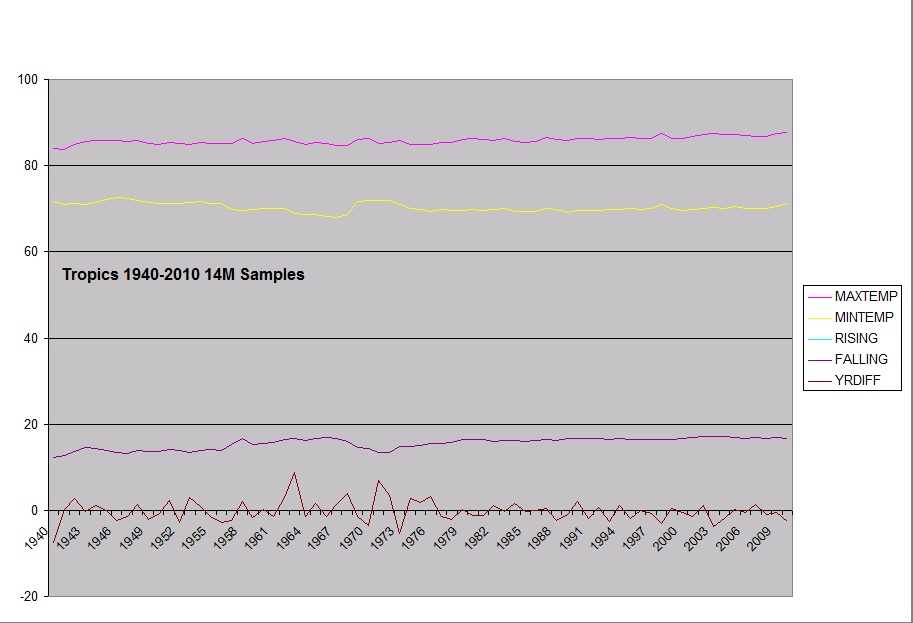 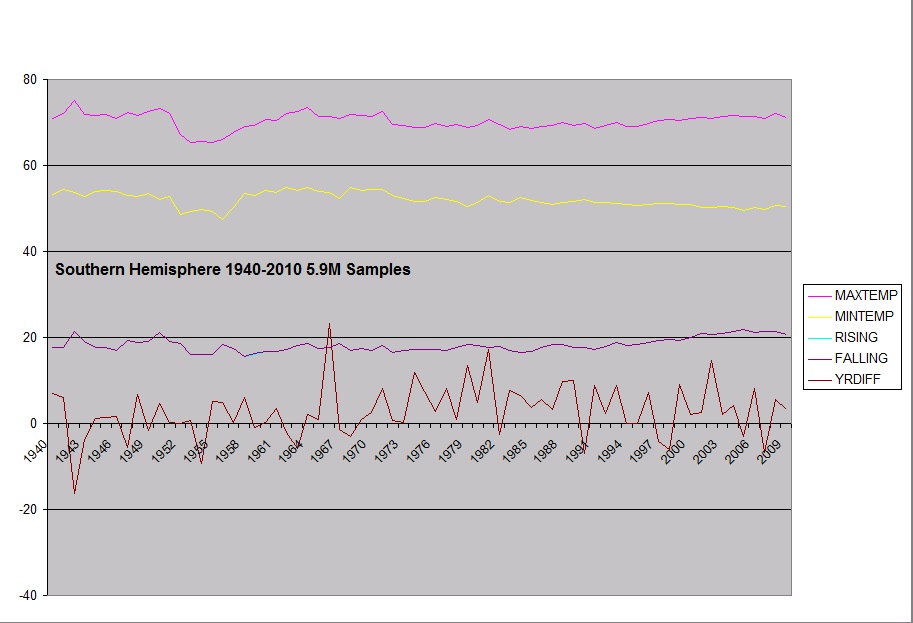 I think it's interesting to note that minimum daily temps in the SH have been dropping since the 80's.
Southern Stations
South Pole (<-66.5 Lat) 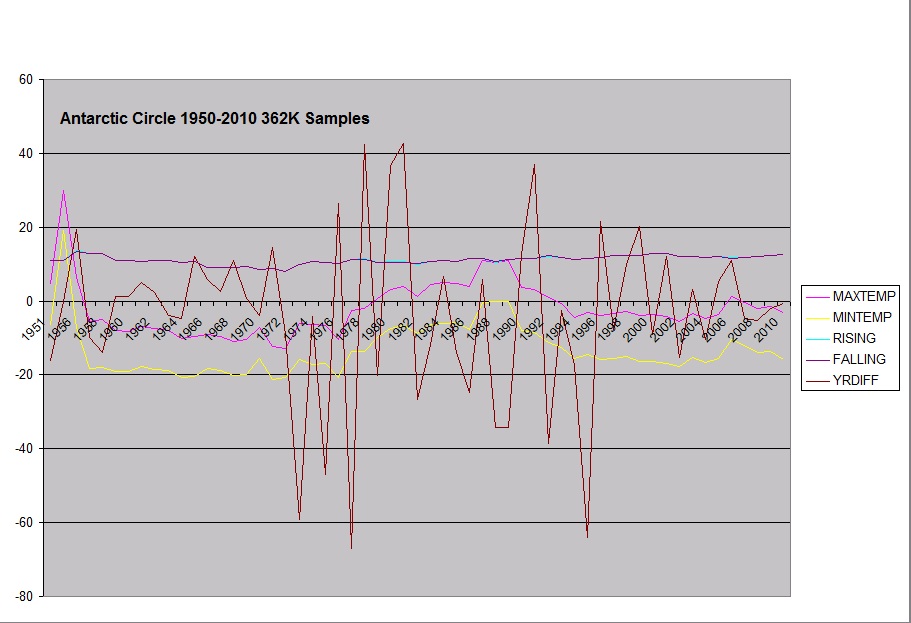 I also multiplied the daily average difference value by 365 to get a annual value which goes better to the average annual temperatures.

Edit, I split the NH and SH to break out the Arctic/Antarctic circles.
Virtual World(s)
More Articles All Articles
About