Home > Technology > Writer on the Edge

I HAVE A VIRTUAL REALITY machine in my fridge. It’s a banoffee pie, and when I eat two of them in the dark while listening to the Beatles’ White Album, I am far, far away on another planet, no hardware necessary.

But the global tech industry doesn’t know about this (shhhh!), so this year, expect to see virtual reality headsets on the shelf from Oculus Rift (Facebook), Samsung, Sony, HTC and Google.

VR glasses were dreamed up, of course, by a science fiction writer – the brilliant Stanley G. Weinbaum, who wrote a tale in 1934 about a headset which convincingly made the wearer feel that he was in a different world.

But it has taken more than 80 years for Stanley’s mental creation to become physical reality.  Not that people haven’t been trying to launch them. Way back in 1991, Computer Gaming World predicted that there would be “affordable VR by 1994”.

Will it work this time? Why did it take so long, and why is VR having such a difficult birth? Here are 10 mistakes that the VR industry has been making, again and again.

The heart of a story is NOT the world the audience enters. It is the recreation of the outer and inner journeys taken by an individual, whose emotions the audience shares, and whose moral decisions lead to karmic outcomes the reader/ viewer has a strong desire to know.

In virtual reality, the protagonist is entirely missing, as the user hogs this central position.

2) We fail to notice that virtual reality’s unique selling point, total 3D immersion, is not a key element of entertainment 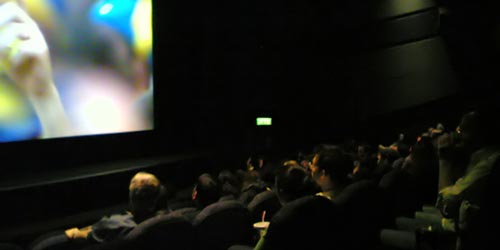 Your imagination gets caught up in compelling novel or audiobook or movie or stage drama but your body stays firmly in the chair. That’s how it has been for a long time, and guess why? Because that’s how we like it.

Attempts to augment that by, for example, shaking the movie house chair or spraying water in your face, have never been more than niche. We PREFER to watch the imagined world from a comfy seat in the real world.

3) We fail to realize that being unable to hear grandma or some stranger next to you, snorting at the funny bits a minute later than everyone else, is NOT a plus, surprisingly

In audience-based activities, from theatre to cinema to stand-up comedy to concerts, only part of the magic is what happens on stage. A big part of it is the shared emotion of audience members. Laughter is infectious—but so is weeping, and so are shivers.

People who build basement cinemas in their homes find that what they miss most are the bodies in the other seats. Human nature makes it difficult to appreciate experiences which are not shared. 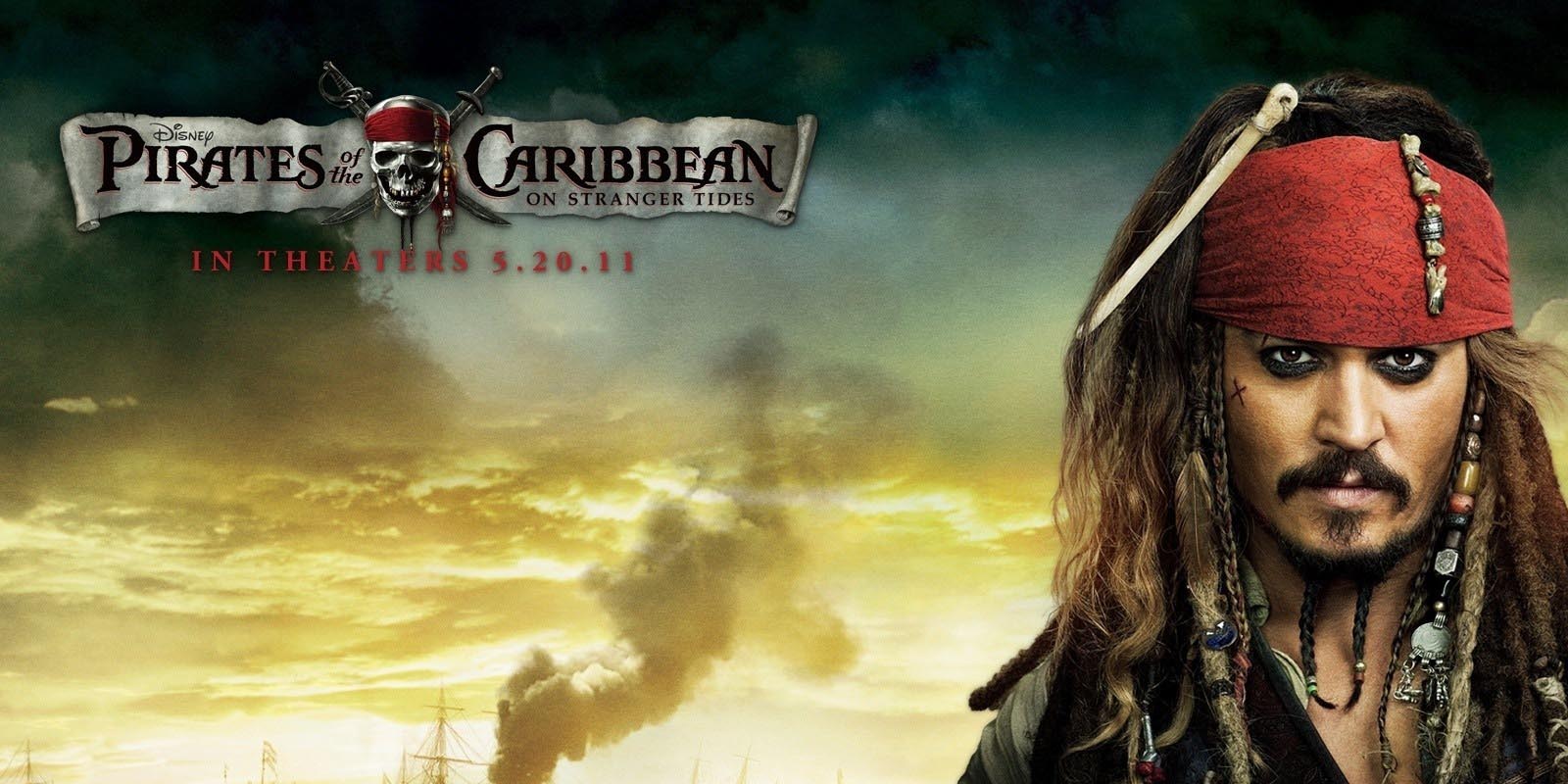 People don’t buy books, we buy authors. I buy every audiobook with “Adrian McKinty” listed as author because his writing transports me to Ireland. My wife went to every Johnny Depp movie because Johnny Depp was in them, until they become unwatchable.

It’s the Journey Guide—the author, the director, the actor—who enchants us.  In VR, the journey guides have been cut out of the equation. Since you make the decisions, you’re on your own.

5) We fail to realize that the wow doesn’t last. 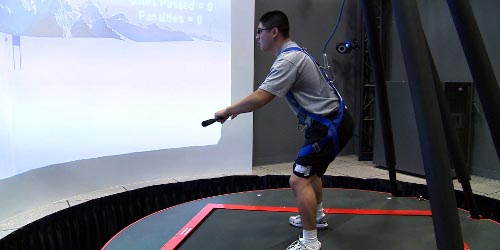 Yes, there’s a big wow factor in trying out VR headsets, or reading reviews by people who have done so. But they have done so in trial situations, where people are demonstrating the equipment.

This doesn’t mean that the average person wants that experience several hours of VR a day every day of the week. We need to find a way to go beyond the wow. 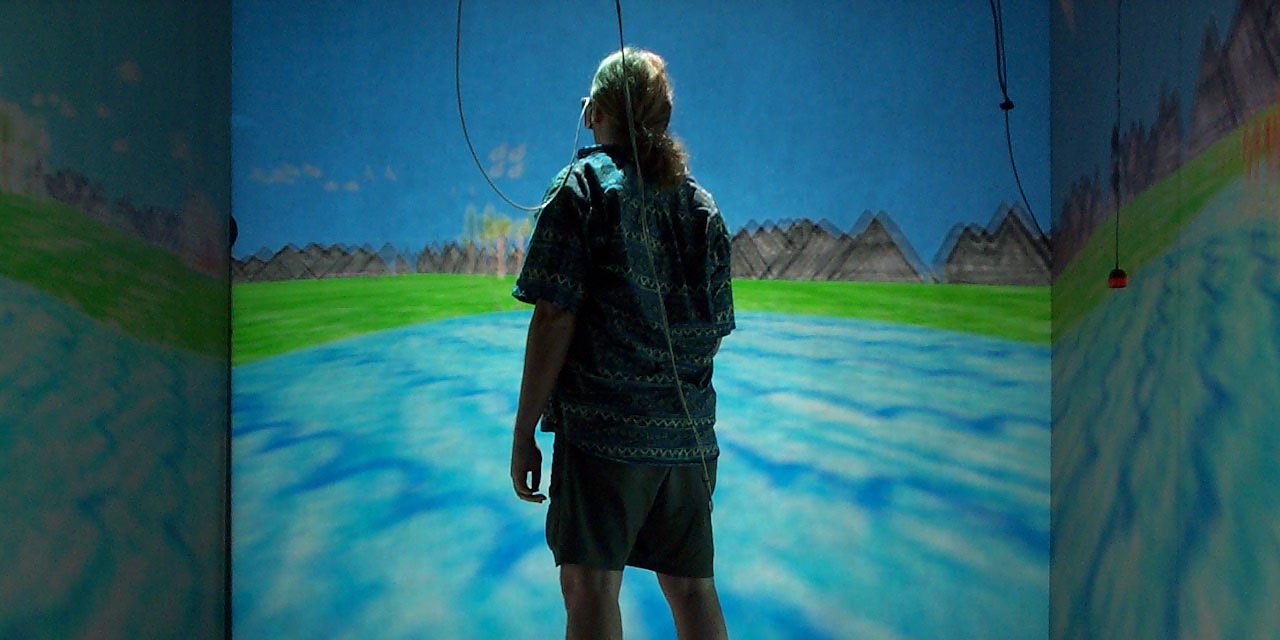 In fact, VR is not an entertainment delivery system at all – it’s an ENVIRONMENT delivery system, which is not the same thing. VR makes you think you are somewhere else. That’s cool. Er, right. Now what?

The obvious uses would be, say, to use VR magic to put you into the front row of a concert, or give you the VIP seats at a Broadway show. But of course, you could actually go to a concert or a Broadway show, which would likely effect you more powerfully.

7) We fail to realize that “Move over and let me have a go, God” is an impossibly tough challenge to give ourselves 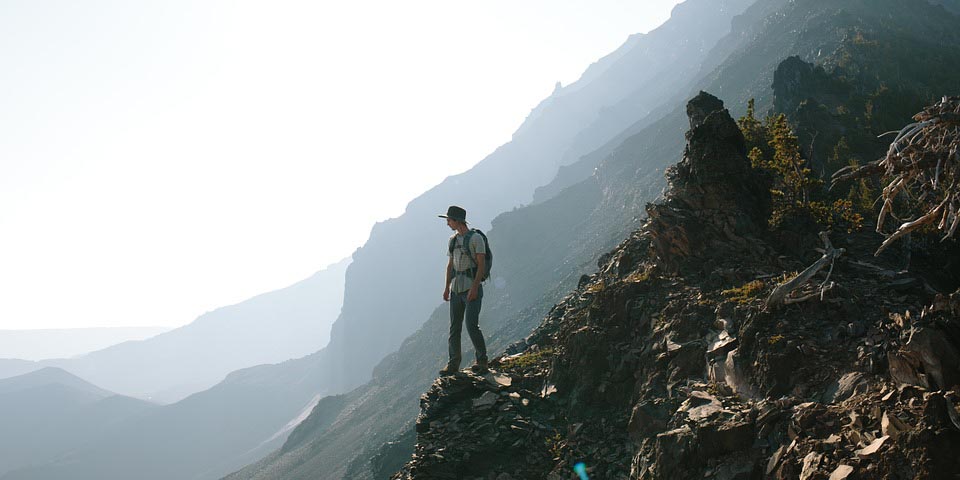 It’s simply not do-able, but that’s what we are trying to do. Reality is a pretty amazing place, with great visuals, unbeatable graphics, astonishing special effects, heart-smashingly complex characters and no lag time at all.

To tell people we are going to recreate all that and put it into chips and do just as good a job as Mother Nature does—well, that’s a losing bet from the outset.

8) We fail to notice that nightclubs, theme parks and even avant garde restaurants already do what we are trying to do, and do it better 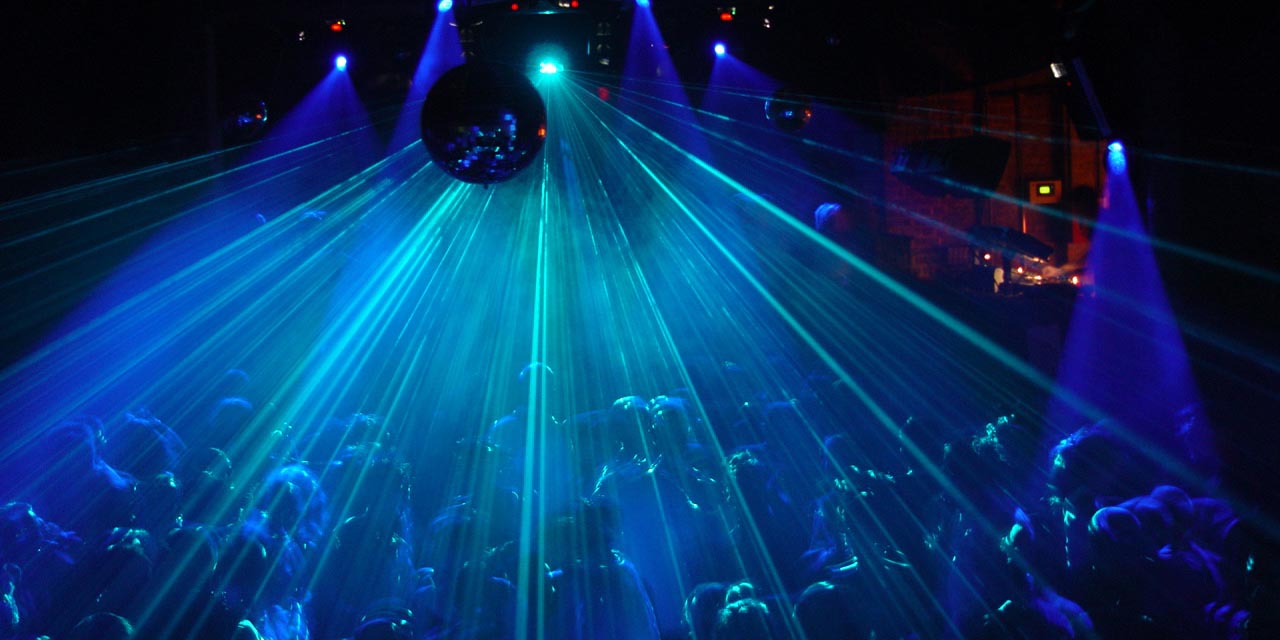 Want to go to a mind-blowing environment filled with beautiful, exciting people? Want to dance like a hip-hop star? Want to get dizzy? Want to visit Tarzan’s Treehouse? Want to have so much fun you fall over?

The nightclub and theme parks are over there, bud. And the hotdogs are real.

9.) But unlike restaurants and nightclubs, VR gives you a fabulous environment AND tells you a story, we say—but in truth, we fail to realize that modern theatre does that combo better

You’re in a dark space, there are some strange, dancing shapes approaching, and a compelling voice is filling your head with ideas which will turn into a gripping tale. You end up wowed by the sheer creativity of the entertainment.

It’s called theatre, and some of the story development staff, like that Shakespeare guy, are pretty talented.

10) We retreat to a position where we say: you gotta admit VR is perfect for games, such as first-person-shooters—yes, but people were playing paintball 15 years ago, and humans have this amazing thing called “the imagination” which enables even children to conjure up fantastic environments in which they can place themselves. 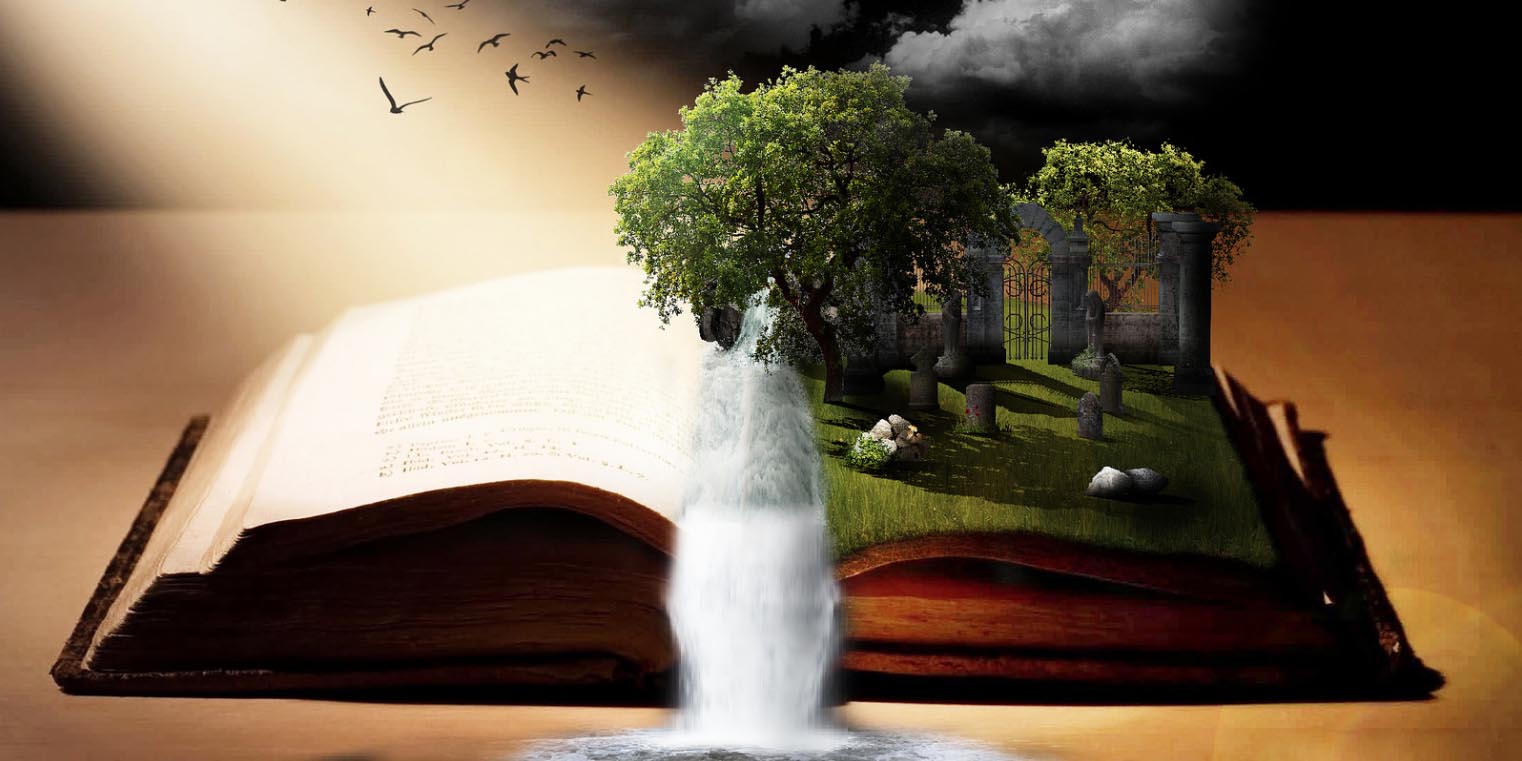 And to me that last point is the key issue. Creating devices that do all the work of the imagination for us is not necessarily a good thing, and indeed might be a very bad thing indeed.

Humans need to contribute to the entertainment experiences they use.  We need to visualize things. We need to have a measure of control over the stories we step into: psychologists know that this is vital for young people, but in truth, we all need it.  Our imaginations give us all this and more.

Look at classic media. People have predicted the end of the book for more than 100 years, but it is alive and well and spinning into multiple formats. Humans are addicted to scanning the marks on the page and hallucinating those amazing scenes for themselves. Get lost in a good book and you can FEEL your imagination growing.

Audiobooks have seen explosive growth in recent years because many of them have the same high quality stories that we get from novels, but they are acted-read by professional actors. Yet they are audio only, so as we listen, we find a space in which we, the listeners, can use our imaginations.

Movies are largely products of other people’s imaginations, but I believe that if they are idea-packed, well-made, and have a range of dynamics, they often trigger our own.

Yet despite all this negativity, I am not against the development of the VR industry, nor do I think they are going to be a failure. Quite the contrary. They will be huge.

As with any new media industry, there will be a rush of new products and new formats. Many will fail, a few will succeed.

And in the long run, we will end up with a limited line of items that will point to the long-term future of the industry. What will they be? Here are five. 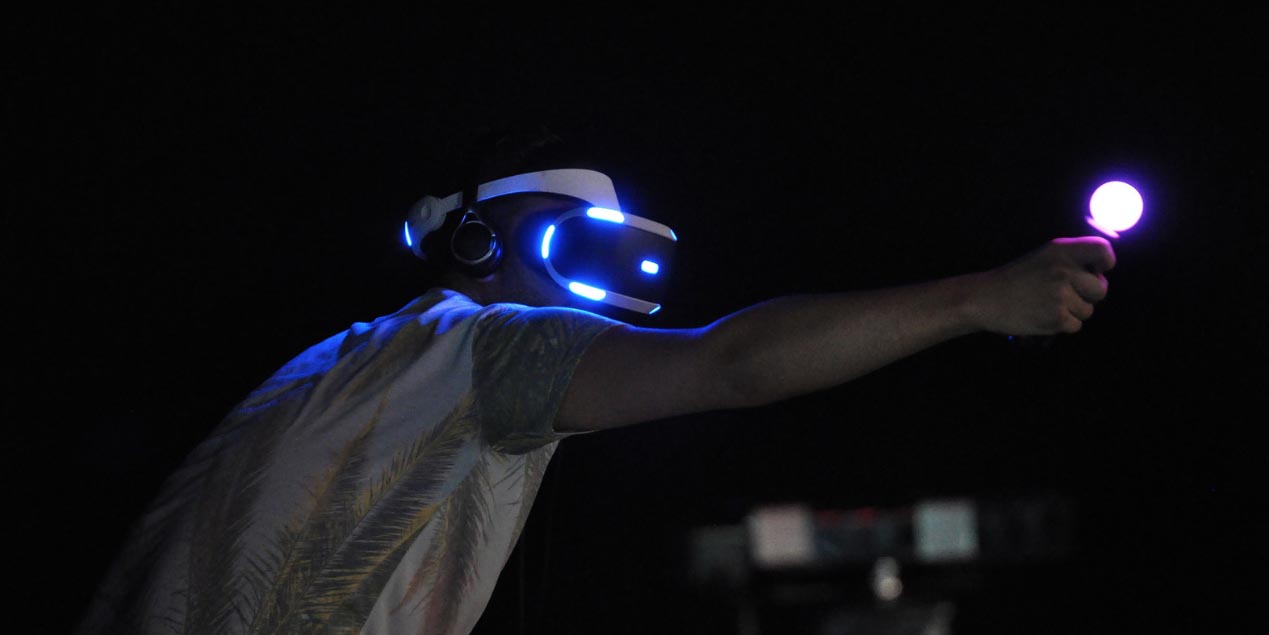 1) VR will work for situations in which location is the key, not story. The user can use VR to get a front row seat at a sought-after experience. My daughter wants to go to another Justin Bieber concert, but with VR I don’t have to go with her this time. This location function will include the recreation of concerts, dance performances, lectures, theatre shows, and unfortunately, pornographic acts. 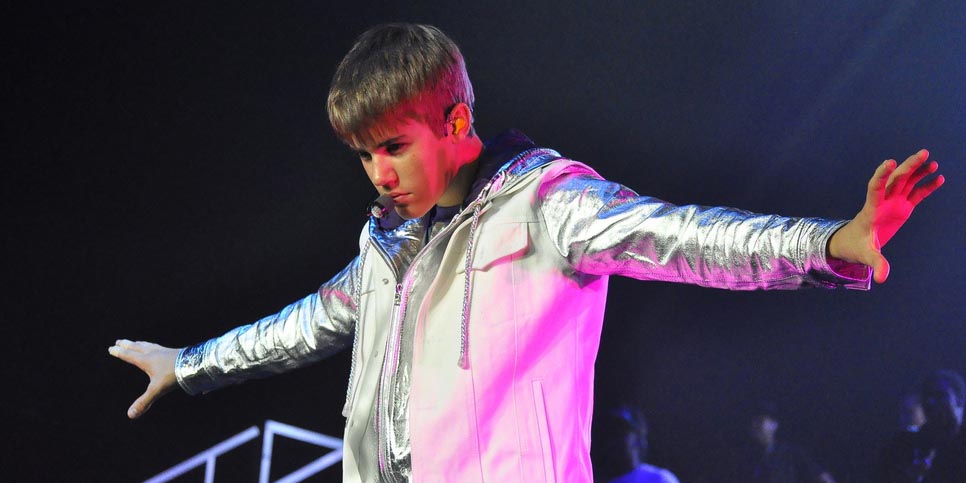 2) Reality is a hard act to follow, but augmented reality is significantly easier. Reality plays itself, but we just add interesting bits to it.  There are a thousand and one uses for augmented reality, and we have just started to scratch the surface.  For example, with a VR headset and augmented reality, I could be a London cab-driver and never take a wrong turn, from my first day on the job. 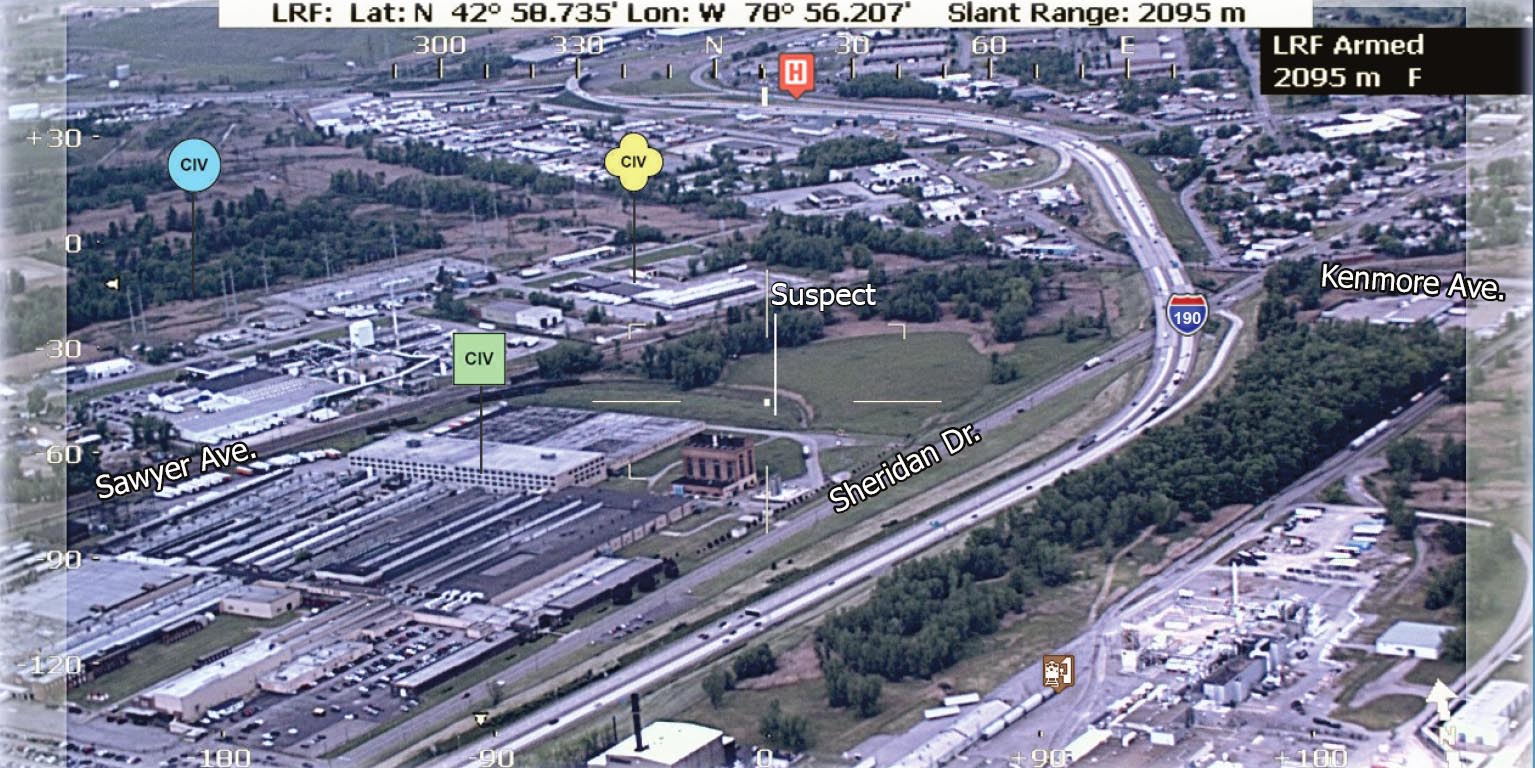 3) Sports simulations, adventure games and training programs are an area where VR will really come into its own from day one, at last for short periods. Playing Nintendo Sports or Tomb Raider on a screen is fun. Playing them from inside the action could be even more fun. It will be pretty hard to keep it up for hours a day, like normal screen-game players like to do, but a short stint in a VR world can be enormously enjoyable and you can actually learn things. 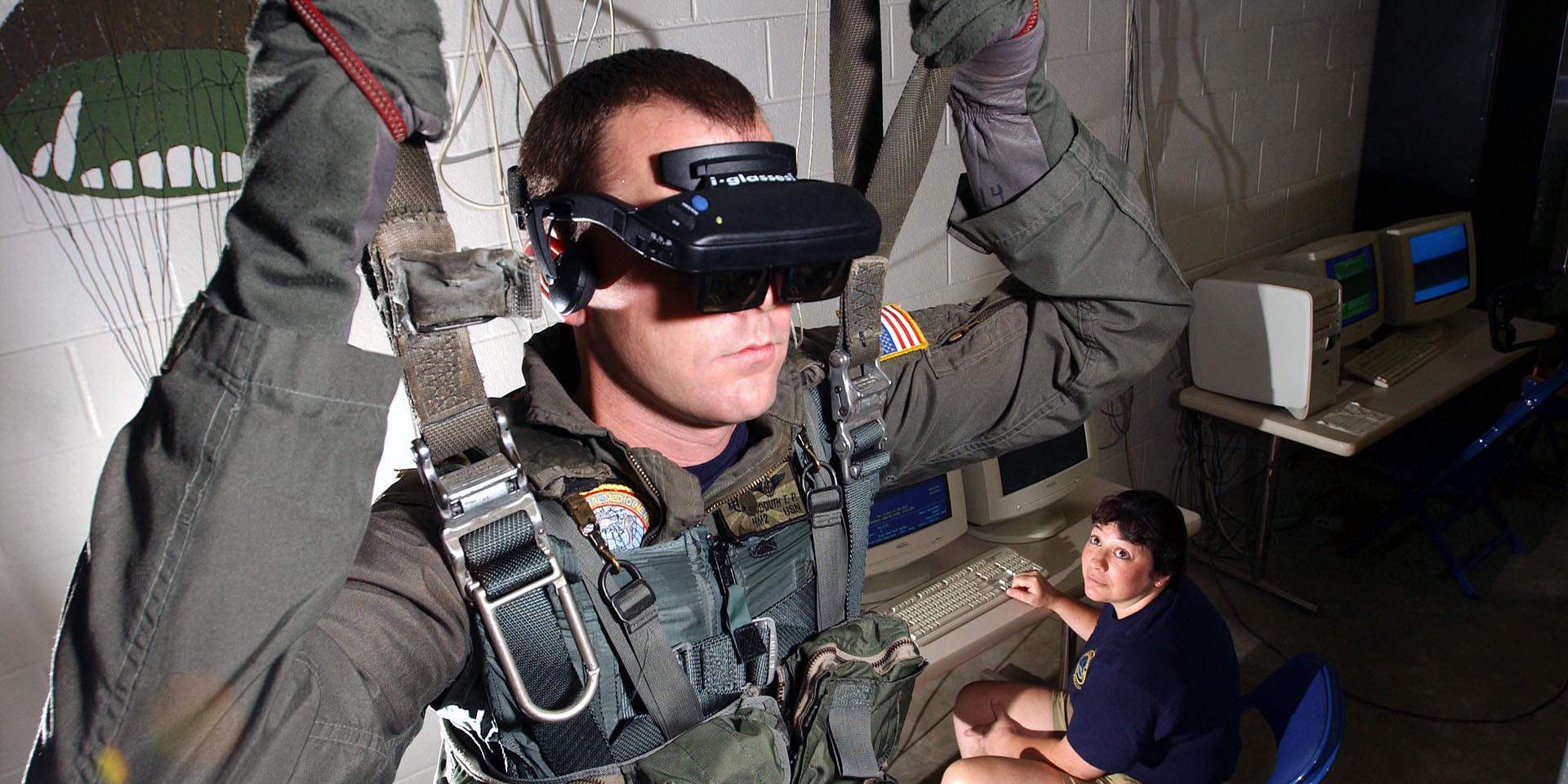 4) VR could be the ultimate evolution of social media, of Facebook or Skype. No, I mean it. Interacting with your social media friends by typing messages to each other is extremely popular and surprisingly addictive. Putting on headsets and being in each other’s presence, from time to time, could be a delight: think of a parent on a work trip sneaking off to tell a bedtime story to his or her child, a thousand kilometers away. 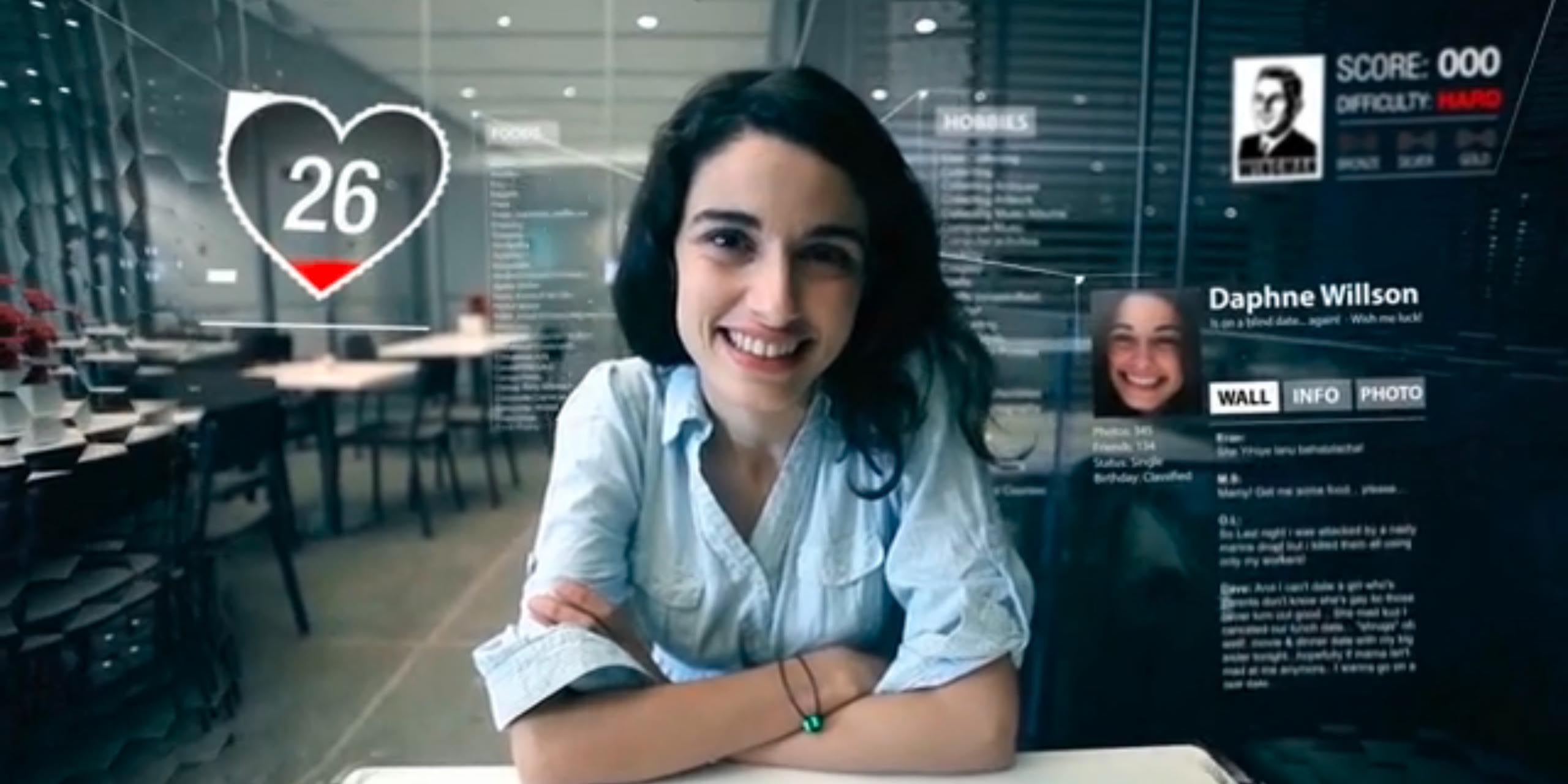 5) Putting on a VR headset is the ultimate spiritual act. The ancient definition of spirituality is “as inside, so outside”: humans are existential creatures -- our magic comes from our hardwired belief that our inner selves, somehow, weirdly, have control, or should have control, over outer reality. When VR programmers give us the tools (wizards) to create our own VR environments, our inner selves will have full control over our outer reality. Our personalities will blossom. We will find our wings—maybe literally. Your son might be an angry teenage punk in real life, but a female angel scattering light and happiness in the VR reality he makes for himself. As a tool for experiencing “otherness”, VR is going to find interesting ways to add value to the world—because each of us will be able to make our own world.

And that will bring our individual imaginations back where they should be, at the center. 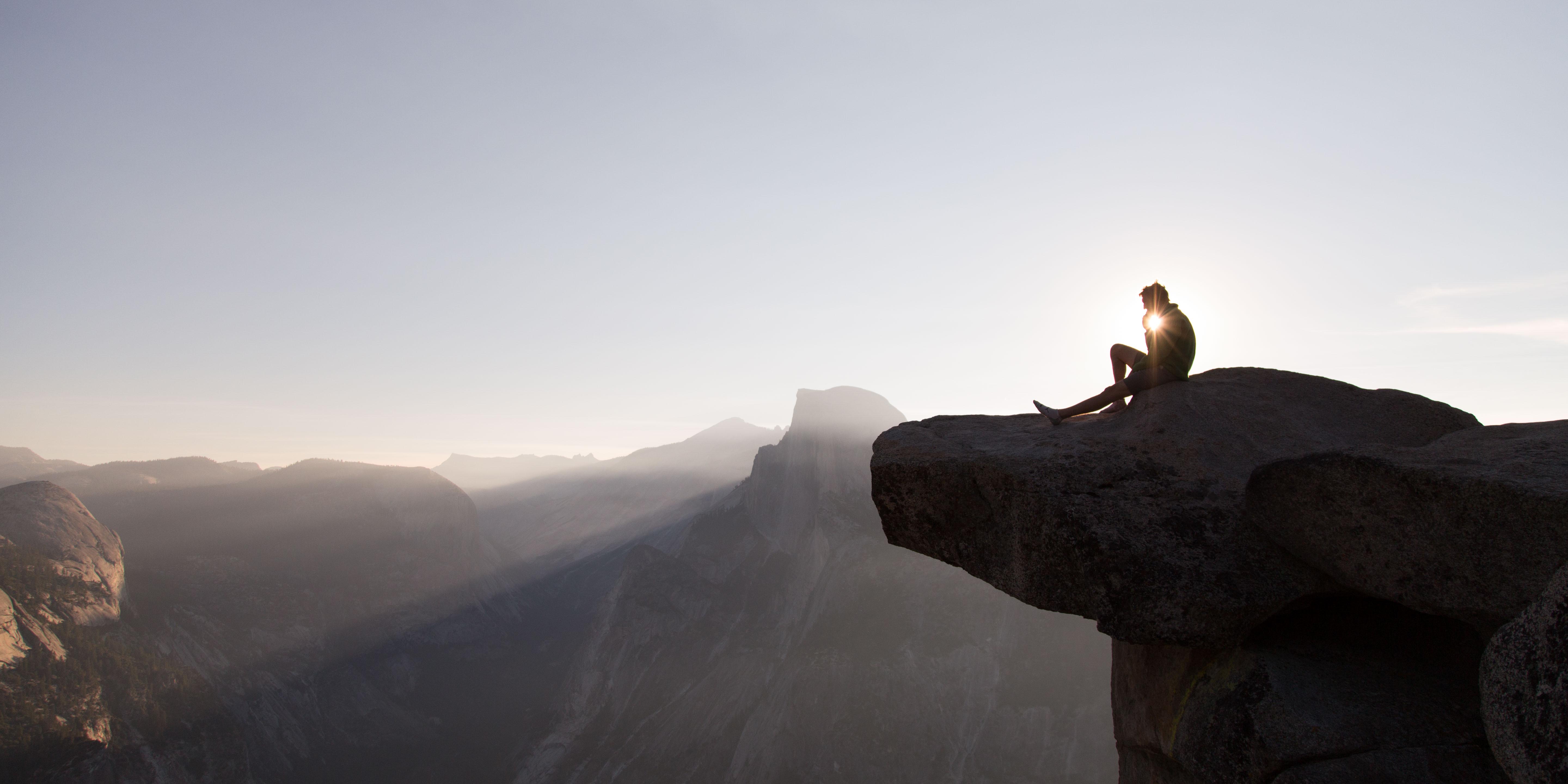