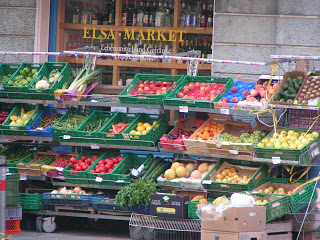 A recent review article in the scientific journal Nature Plants makes the claim that organic produces "foods that contain less (or no) pesticide residues, compared with conventional farming."

What that transparent source of tax payer-supported research indicates is that 40 different synthetic pesticide residues were detected on organic food samples at levels similar to what was seen for the comparable conventional food samples.

In both cases the amounts are too small to be a health/safety concern, but this certainly does not fit the standard organic narrative.

For the 2014 survey, USDA scientists collected just over 10,000 samples of 15 crops taken from ordinary retail food channels.  The scientists then used extremely sensitive laboratory methods to check for traces of hundreds of different chemicals.  409 of the samples were labeled as organic, and residues were detected in 87 of them.  Thus 21% of the organic samples had detectable residues representing 142 detections in 78 crop/chemical combinations.  That detection percent is lower than for conventional, but the PDP testing does not have the capacity to detect several of the most commonly used, organic-approved pesticides like sulfur, copper compounds, mineral oils or Bt.

Those materials can't be measured with the same technology used for the other chemicals, so the USDA has chosen not to test for them. If they did, the detection percentage for organic would be much higher.  One organic-approved pesticide that is measured by the USDA is called Spinosad, and it was detected on 13 organic crops as expected.  However, the other 40 of the 41 different pesticides detected on the organic foods were synthetic chemicals that are not approved for use on organic.

Finding synthetic pesticide residues on organic is not unprecedented.  Earlier, larger surveys of organic conducted by the USDA and by Canadian Food Inspection Agency found un-approved residues in at least 40% of samples.  The normal explanation of this is that it represents inadvertent spray drift or cross-contamination in harvesting bins etc.