Sascha Vongehr
It may be of interest for those outside of science and academia to get a closer look at what diverse scientists’ work environments are like.  Some may be surprised about the drab conditions.  Only few places look like the mad scientists’ secret laboratory in movies, although my previous lab was just like that (see below).

Here is my present work place at the National Laboratory for Solid State Microstructures, University of Nanjing, China.  Most of the day, I am in front of a computer in My Office, which I sometimes convert into a standing desk deal; see Dumpster Diving For Longevity: Notwithstanding the lame state of the inside, the outside in front of my window is really beautiful with the trees and what may be Qing-dynasty stile houses for all I know.  Nanjing University is more than 100 years old, and I am at the original campus where only the graduate students and upwards in the hierarchy wander.  Pesky undergraduates are at some monster facility out in nowhere, where I refuse to set foot.  Anyway, here around my office, the Campus is quite nice:

But modern times have left their imprint and this is already a valley surrounded by growing mountains (that blue thing is one of the highest buildings in the world and now totally dominates Nanjing – and the upper region of the view out of my office window): 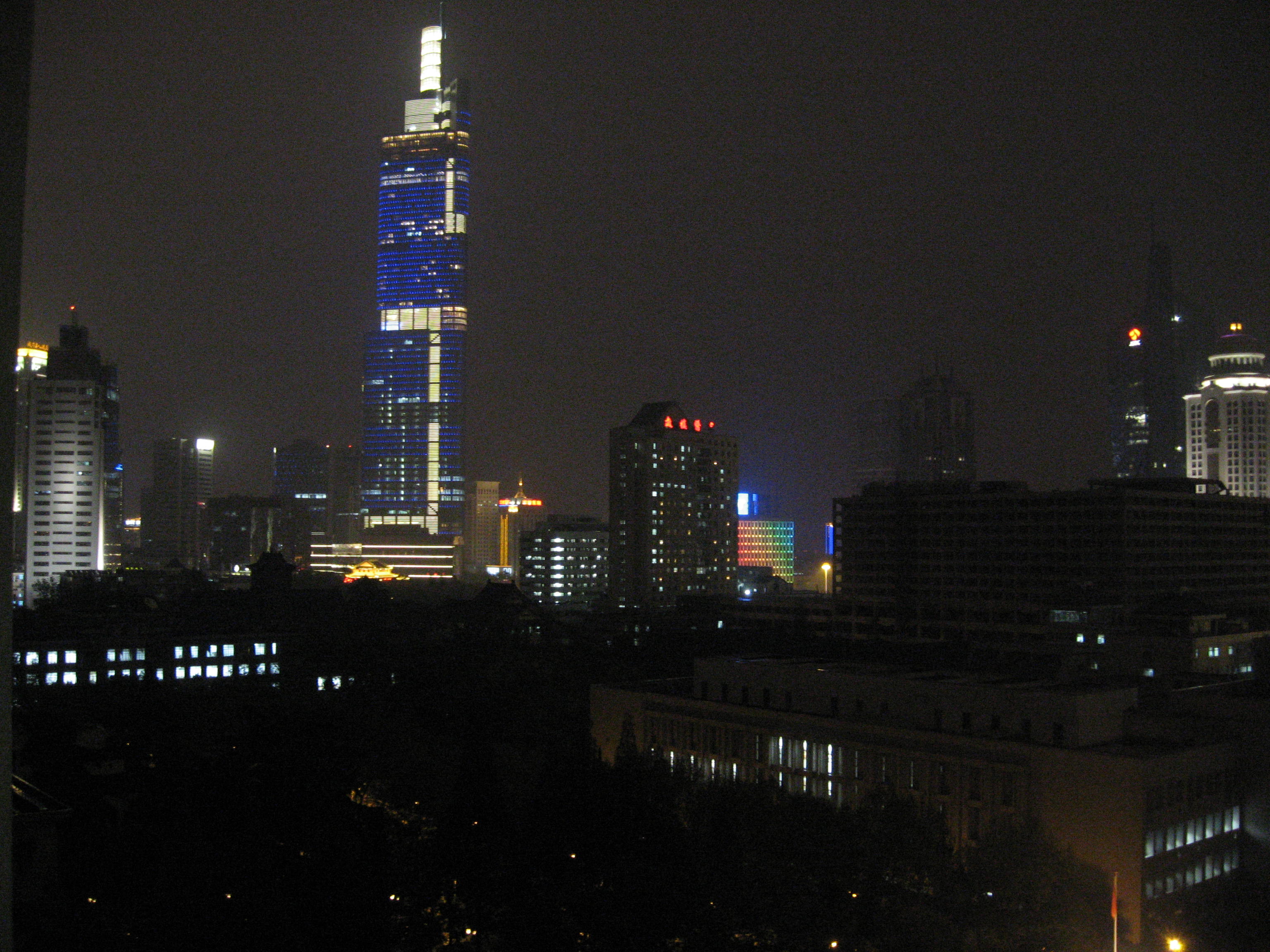 Our Laboratory has nothing very impressive that looks different from many chemistry labs.  That we make amazing nanostructures nevertheless, proves how awesome we are.  I should put this in perspective – for all the X-ray dispersion, and Scanning Electron Microscopy and Tunneling Electron Microscopy and other optical/thermo-chemical/magnetic/… analysis and so on and so forth, we go into different labs, all of them having impressive expensive devices! If I may, pride leaves me no choice, compare to my previous laboratory at the University of Southern California, which I almost build from scratch myself (starting from connecting electricity and vacuum and cooling and all of it): 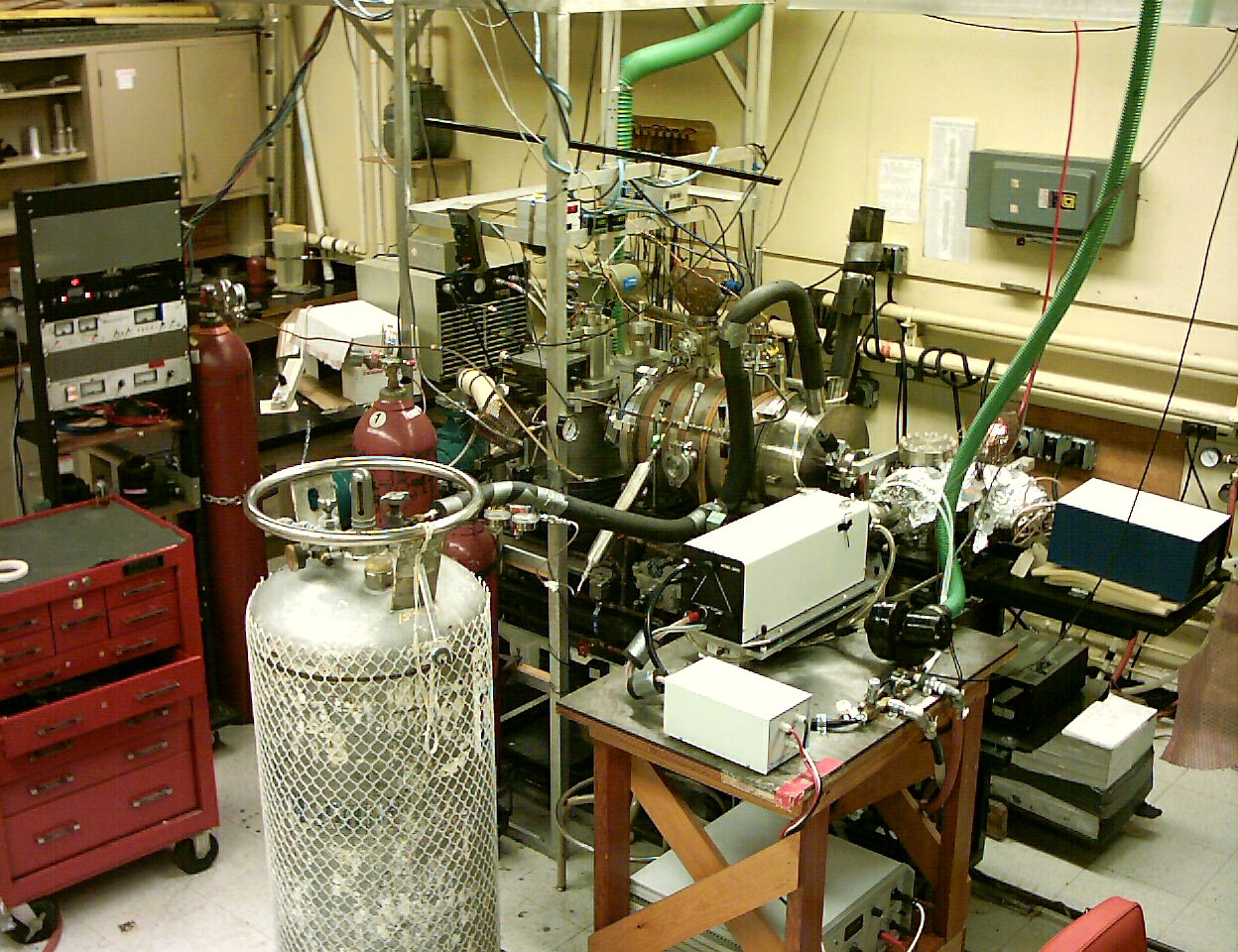 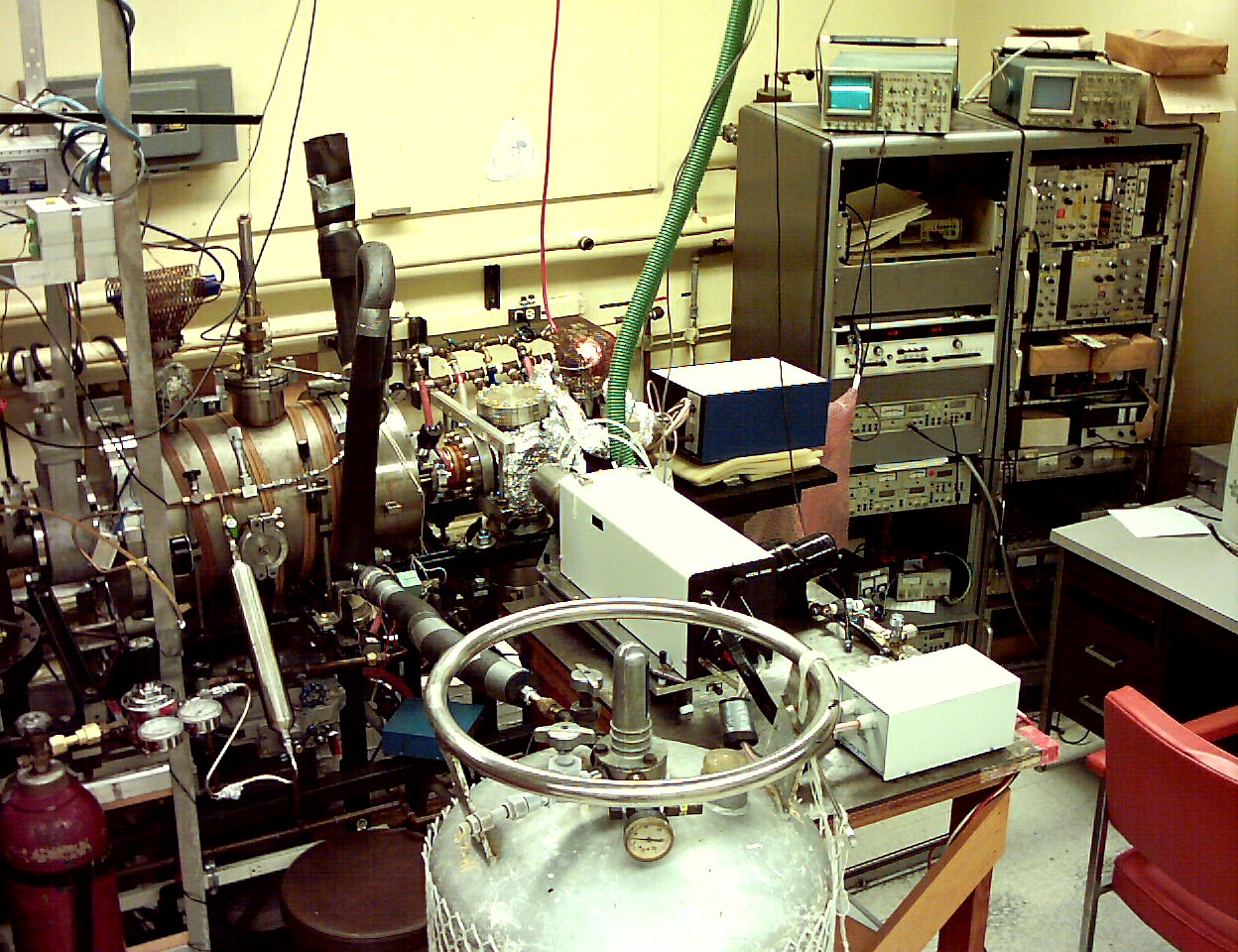 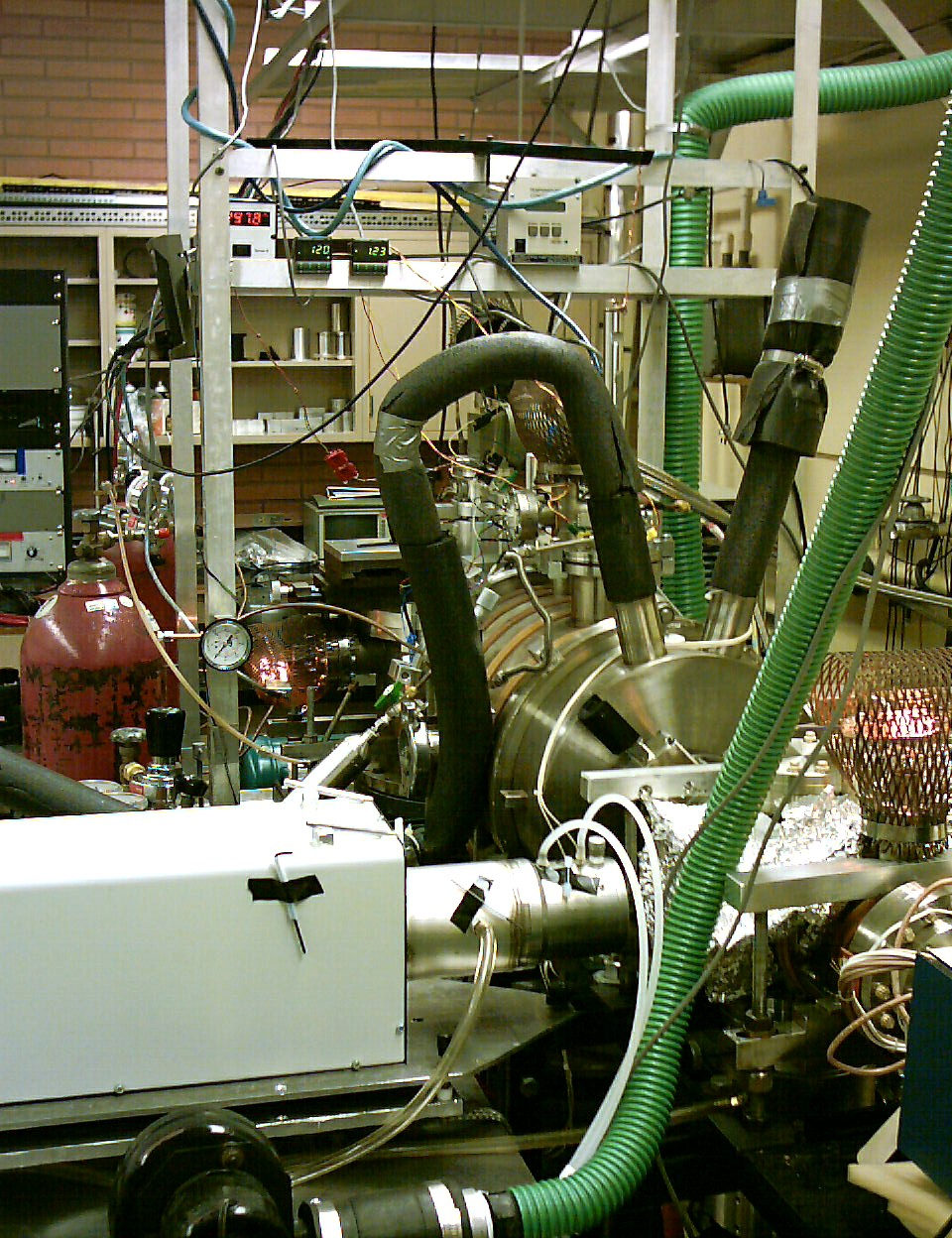 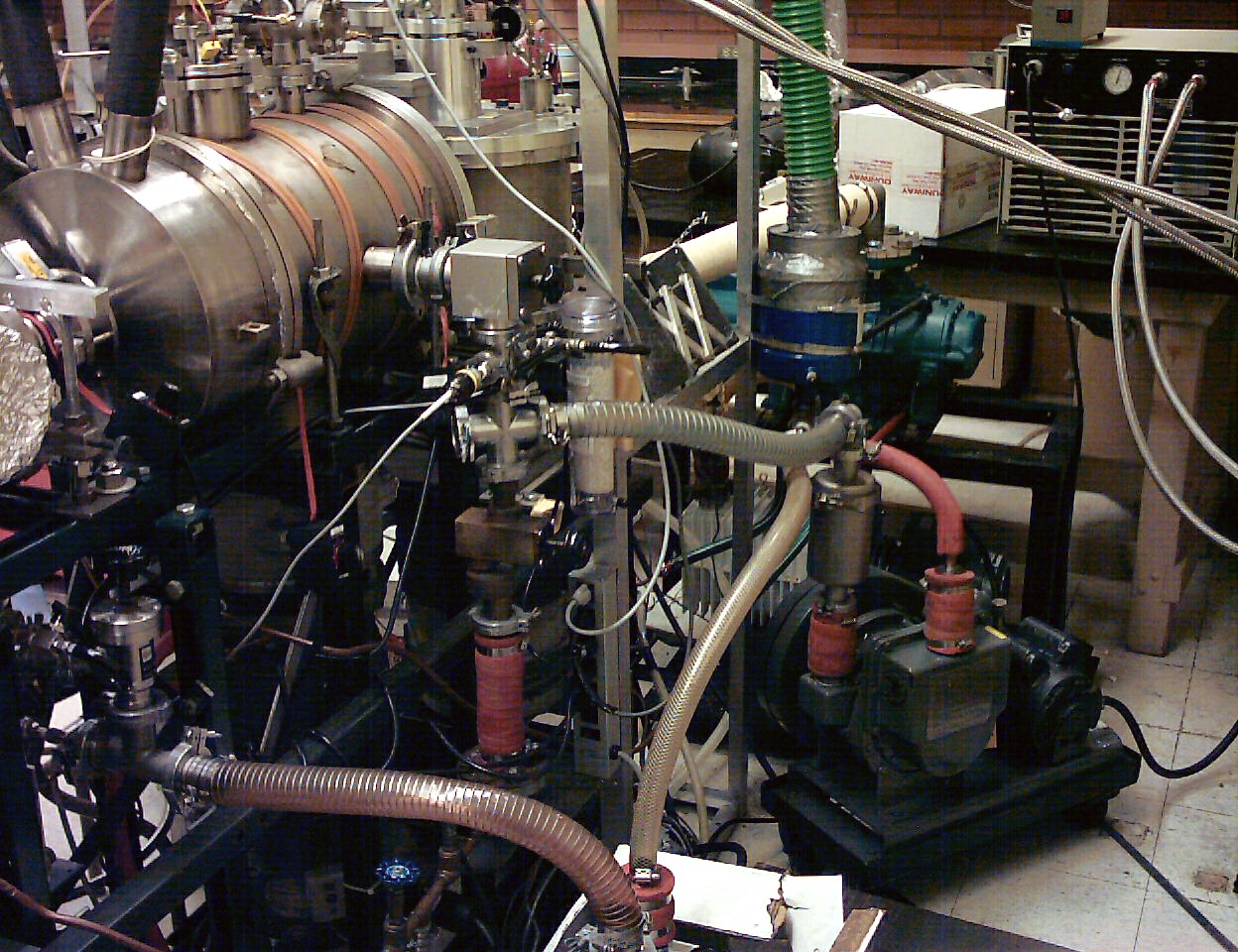 The setup you see here is described in more detail in http://lanl.arxiv.org/abs/1002.1427.  You can see only the west half of the laboratory, but not the computer and the chemical preparation table and so on.  Back to my situation now.  What may be most interesting to many are the following pictures below.

There are red banners almost everywhere here in China still today.  Many supermarkets have them: Long red stripes of cloth with mostly white or yellow/golden characters on them.  There are always some when I walk into the main gate of Nanjing University: 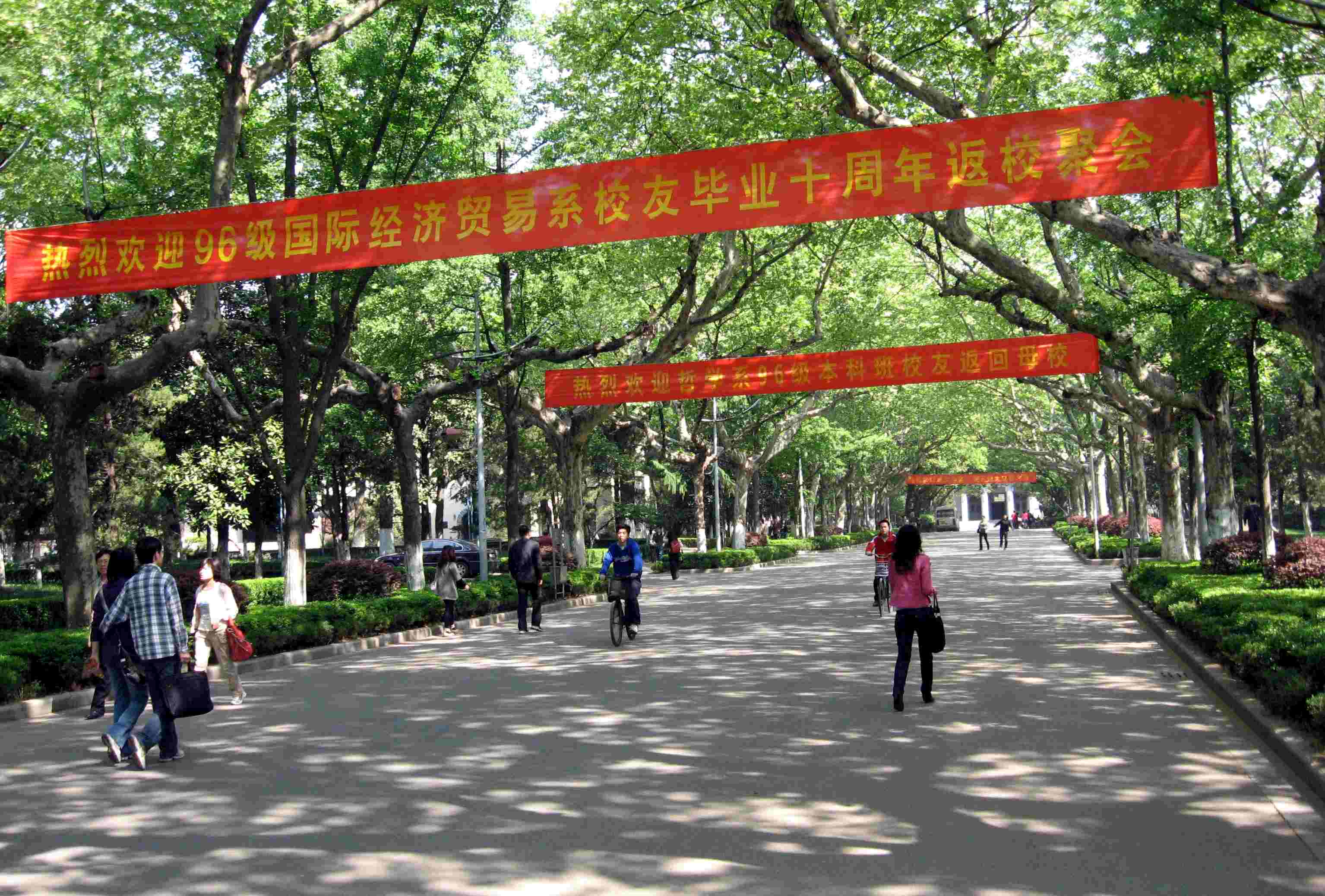 There is a big red banner in my research group’s conference room: 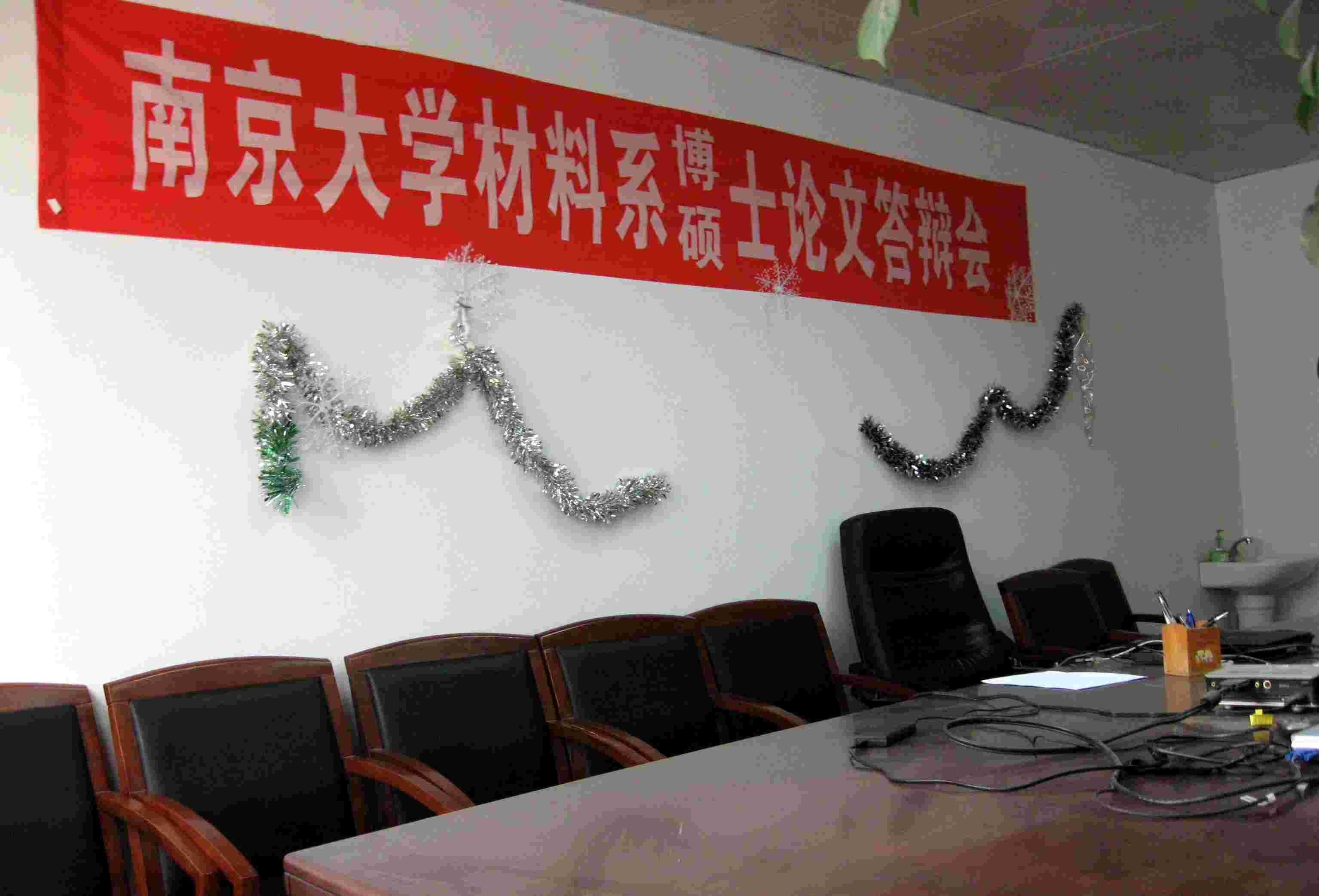 Apparently total mind control, pervasive propaganda is aimed at.  But what is written on them?  The banners along the street and on the shops say bad communist stuff like “Happy New Year! All 10% Cheaper This Week!”

On the university main alley they proclaim revolutionary slogans like “2010 International Conference of Sustainability and Water Resources”.  The one in our office even says:  “Nanjing University Materials Department PhD and Master Thesis Defense Meeting”. Oh axis of evil!

The color red and red banners, wedding dresses, greeting cards, red everything is an important aspect of Chinese culture.  Chinese people traditionally like red, and they liked it long before Karl Marx.  If you ask about the origins, it is always “red brings good luck”, but that is the same answer you get on almost everything, whether it is the number eight or not sticking chop sticks into the rice bowl.  The Chinese like the red color so much, I wonder whether this influenced the success of the communist movement in China early on.  Maybe socialism would never have won the hearts of the Chinese if it had offered itself under a green flag?

By now, many foreign correspondents know Chinese well enough; they could enlighten their audience if they wanted to. Such pictures trigger associations with Stalinism and even the third Reich, and the way they are often shown in Western media make me doubt that this is just an oversight that creeps in once in a while. Aimed misrepresentation of China in the hope to trigger fears?