The very small is very weird; I explained that the last time in Small Is Ugly 1 already with help of the example of water being in the driest of places (Vastness and Fastness of the Small helps Evolution is of course somewhat related). And today, I still do not mean supposed "quantum weirdness", which is not about small stuff. Photons can have wave and coherence lengths of many kilometers, so there is nothing necessarily small about quantum phenomena, and claiming such nevertheless, well that is what distinguishes the many mediocre science writers from those rare ones who understand physics. The non-quantum behavior of the small is strange.

Small animals do not think water is all that fluid. To a mosquito, water is more like honey – sticky stuff they can walk on. 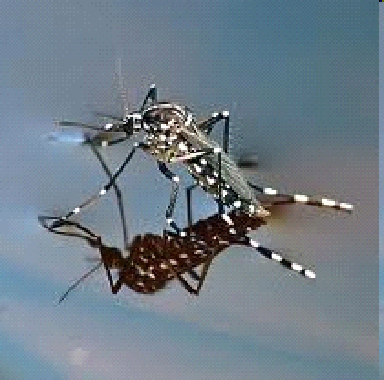 Nanowires are only up to a few hundred nanometers thick, still much thinner than the legs of a mosquito. (1 nanometer= 1 nm = 0.001 micrometer = 10-9 m.) For nanowires, all fluids are hard and terribly sticky. Merely being near a collapsing bubble, and therefore being embedded inside a slightly inhomogeneous flow of fluid, can pull nanowires apart. These wires may be out of very strong material, so one can meaningfully say that it is the smallness here that leads to water being able to pull steel apart! And I am not talking about breaking a long wire, but truly about a relatively short bar (relative to the diameter) of solid metal being pulled into two fragments, lengthwise, by nothing but the water flowing around it! 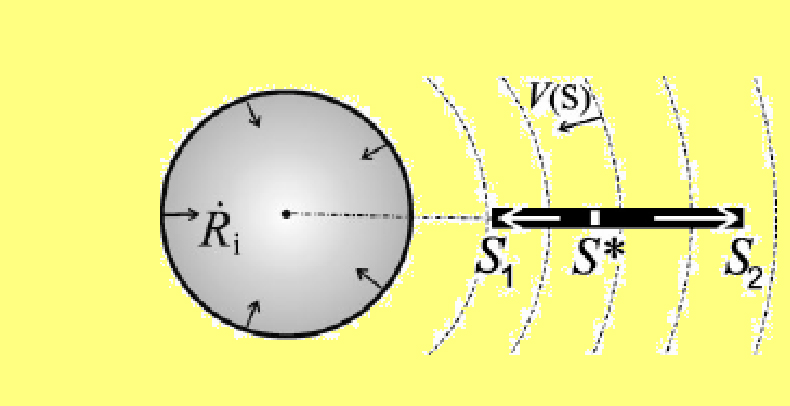 Figure Caption: A metal nanowire being pulled apart by water near a collapsing nanobubble.

Another surprising aspect is to do with the extremely strong electromagnetic fields near very small particles. Because the fields are so strong, the tiniest movement can have effects very far away, and this is the reason for why we otherwise never come across such fields: Something happens fast in order to neutralize them, long before we can ever get to such field strengths on a macroscopic scale. Even many physicists fail when it comes to questions like how fast do electrons drift through your electrical wires at home. They only travel about ten centimeters per hour – not even anywhere close to the speed of light – and this is sufficient, because of their strong fields, to have effects kilometers down the line.

There is a lot more strange, counterintuitive stuff going on at small scales, and little of it has much to do with quantum physics.
Alpha Meme
More Articles All Articles
About