Usually, the Einstein-Podolsky-Rosen paradox is presented as if it potentially conflicts with the theory of relativity. This is because the correlation between Alice’s and Bob’s measurements seems to travel with superluminal speeds in one real world. The solution [1] of the EPR paradox shows that this view is upside-down, which is the reason it took so long to solve it satisfactorily.

Scientists and philosophers where trying to understand the quantum mechanics involved without bothering with relativity, because the problematic seems to conflict with relativity. However, in that way, the actual solution looks suspect:

A non-relativistic universe would need to quantum split everywhere into many different ones all the time (every moment, infinite universes infinitely often). Why the hell should it do so? What makes it split? How could this ever be later turned into a relativistic, let alone general relativistic model where the splits would have to have a certain shape through curved space-time? For all these and more reasons, the many worlds concept is often ridiculed. 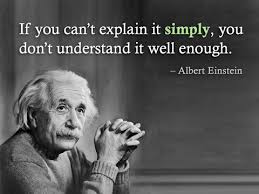 What has been missed consistently by the community interested in the philosophy of physics, partially due to its obsession with "hyperspace foliations" (~ slices of the real world out there), is that special relativity already deconstructs the world into a collection of different observers’ past light cones (~histories, memory contents, minds) in a sort of ‘temporal modal realism’.

1)You either believe in one determined “block universe” where everything is predetermined, which is ridiculous lest you think that the very fundament of nature and the whole universe is there to let you on some Tuesday afternoon throw a coin and get heads instead of tails,

2) or you know that totality must in some way ultimately be describable by all the possible past light cones, i.e. once you are on a truly fundamental level, the you that throws tails is exactly as real as the one that gets heads, and the difference between those two propagates at most with the speed of light through the model that describes spatial relations (the universe).

If Einstein would have been less of a direct realist, he could have been twice the genius he was already and come up with Everett-relativity long before Everett. I know, this is misleading; Einstein’s, Feynman’s, and many other physicist's successes are due to them being originally direct realists*, because that makes you focus on “real stuff” like elevators falling in gravity fields.

Nevertheless, my point is that taking special relativity seriously renders the many world concept natural. For example the question about where the splits of the world branchings are supposed to be located becomes trivial: Along the light cones of course. If you know special relativity, you then also know that the “split” is thereby of zero eigen-length and happens in a sense (I said: in a sense!) instantaneously.

Quantum decoherence “dislocates” [2] via interactions and therefore at the speed of light. The model that resolves the EPR paradox works therefore without superluminal velocities. The last step that turns the model quantum physical is a local branching that destroys the very grounds on which absolute actualization makes sense. Einstein locality stays; realism is modified.

Similar conclusions have been drawn before. The Heisenberg representation of the many world interpretation is local [3], but there are no models. The simplicity of the new model and the fact that a single, local modification turns it into quantum physics while destroying its realism shows that not every many-worlds model is a quantum world and quantum physics is not synonymous with multiverses or modal realism.

This further corroborates that the many-world aspect of the universe, which is philosophically of course self-evident, should be understood as a relativistic rather than quantum physical phenomenon!

The gist is that relativity indicates modal realism and that quantum = necessarily modal! The main point is not that the world is local. The model is local! I do not care about locality much, because only if space is viewed as being ‘out there’ does it even make sense to defend its locality. Once the world is not out there anyway (more in our heads, in a sense, with much poetic license), it does not matter whether its consistent description involves locality or non-locality, or whether the world is best consistently described as made out of green cheese!

[1] S. Vongehr: "Many Worlds Model resolving the Einstein Podolsky Rosen paradox via a Direct Realism to Modal Realism Transition that preserves Einstein Locality." arXiv:1108.1674v1 [quant-ph] (2011). UPDATE: This reference is the first paper on the possibility of such models, but the models have now actually been constructed and are much better explained in S. Vongehr: “Against Absolute Actualization: Three "Non-Localities" and Failure of Model-External Randomness made easy with Many-Worlds Models including Stronger Bell-Violation and Correct QM Probability” http://arxiv.org/abs/1311.5419 (2013)