Brian Taylor
(Or, if you prefer, "Employing Utilitarian Eudaemonism.")

Today's lesson will be about ad hominem attacks. Ad hominem attacks are “attacking the messenger, rather than the message.” This happens in every facet of life you'd care to contemplate, but, because it is timely, I wish to talk about celebrity. For instance, Charlie Sheen, (no wait, he's useless anyway.) Ok, how about Mel Gibson? (A man who is a talented actor and filmmaker.) So you're boycotting his new film, eh? Why? (You say, “He's a racist, anti-semite, wife-beater, etc.”) I say, “Oh, and...” Not because I agree with his stance but because you are using Mel Gibson incorrectly. (Check the instructions.) 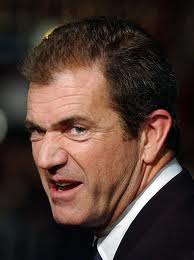 Is he giving speeches on the perils of the Jewish constitution?

Is his film funding the NeoNazi Party of Australia?

In fact, does anything he says or does, in his professional world have anything to do with the reasons you boycott him?

No, of course not.

You just don't like, “liking” him. (It makes you feel icky.)

For you see, Mel is here to be a movie star. So judge him by his purpose, not some irrelevant aspect of his life or personality. (Particularly one that should have no effect on your person.)

If you didn't want to watch his movies because you thought he was a terrible actor, then by all means. (Congratulations on making sense.)

This is utilitarian eudaemonism in action, “I seek that which makes me happy and is promotive to its purpose.” (Not “my” purpose.) 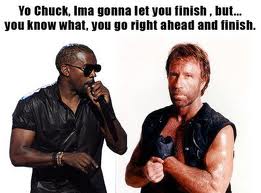 I thought Kanye's last album was pretty good. “Power” and “Runaway” although imperfect, are powerful, honest, artistic statements, both about himself and the world. (Despite being a fairly weak lyricist.) However, people don't have any interest in what Kanye has to say because he's a drunk, womanizing, immature and rude thorn in the music industries side. Again, I must ask, “So what?”

You're using him incorrectly. Please reread the instructions. I like Kanye because when his music goes in my ears, I am pleased. This is his purpose, fulfilled. (As well as being fairly easily defined.)

So then, what is to be gained by ad hominem attacks? Other than making it easier for the rest of us to suss out the opinions of weaker minds?