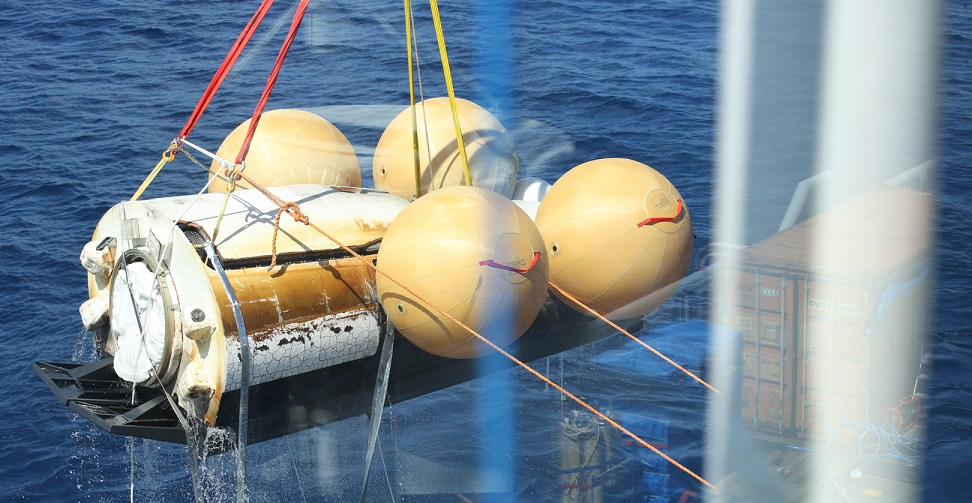 European Intermediate eXperimental Vehicle (IXV) was launched on a Vega rocket from Europe’s Spaceport in French Guiana on Feb. 11.

The spacecraft was then released into a suborbital trajectory, and flew autonomously, reentering and splashing down into the Pacific Ocean after 100 minutes. This crucial test for ESA has exceeded scientists’ expectations as IXV behaved flawlessly, responding to conditions so precisely and promptly.

“The launch was a complete success, all parameters collected so far confirm that the vehicle behaved well, as planned,” Stephane Dussy, IXV Spacecraft Operations Manager and Avionics System Engineer, told me. “We extracted the flight recorders from the vehicle and the memory from the infrared camera. All these experimental data will be analyzed in details in the coming months.”
The main goal of the IXV program is to develop an independent system that could validate, under real conditions, atmospheric reentry technologies, namely aerodynamics, aerothermodynamics, and the thermal protection, navigation and control systems.
The results will allow ESA’s aerothermodynamics experts to check their reentry models against observed reality, meaning future reentry missions can be more precisely designed with narrower margins.
The spacecraft was developed by Thales Alenia Space, but the total number of people and companies that participate in the project, is difficult to assess precisely.
“From ESA side, the core team is composed of 9 persons. From industry side, more than 40 companies participated to the development, manufacturing and testing of the vehicle. It is very difficult to assess the total number of people who has been involved on IXV,” Dussy said.
ESA’s Future Launchers Preparatory Programme (FLPP), created to develop new launch systems to respond to Europe’s future institutional needs, began in 2003. In 2004, ESA started the studies of reusable launch vehicle concepts driving technology developments and identification of evolutions to reduce expendable launch vehicle costs. The system studies on reusable and expendable launch configurations plus development and maturation of key demonstrators, commenced in 2006.

“The [IXV] project was initiated in 2005, with the selection of the lifting body concept and the aerodynamic shape. The Critical Design Review (CDR) was held in 2011, which means that it took a bit more than 3 years to manufacture, integrate and test the vehicle before the launch,” Dussy revealed.
Dussy has vast knowledge and experience concerning ESA space programs as he was involved in numerous European projects such as the Automated Transfer Vehicle (ATV), Alphabus, Galileo and CryoSat satellites. He believes that the IXV successful flight could the first step for Europe to send astronauts to space and back on its own, if there’s a political will and economic feasibility.
“This highly depends on the political and financial willingness of Europe to push towards the direction of developing a manned vehicle,” Dussy said. “For sure, in any case, a pre-requisite for such a goal is that Europe masters the technologies required for atmospheric reentry, which is the objective of IXV and the future Innovative Space Vehicle (ISV) in the frame of PRIDE (Program for Reusable In-orbit Demonstrator in Europe).”