This image of a tiny patch of sky reveals the oldest galaxies ever seen. Their light has traveled 13 billion years to the Hubble Space Telescope, stretched along the way from ultraviolet to near-infrared by the expanding universe. After this long wait, astronomers wasted no time, publishing 12 papers on the data in 3 months.  The beautiful color images were just released yesterday: 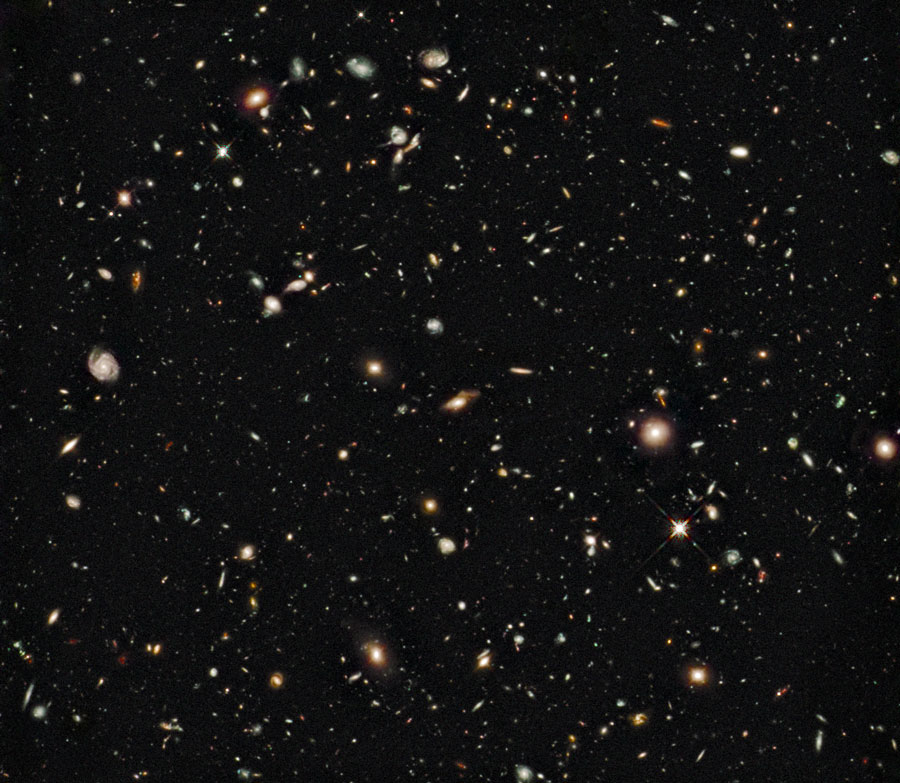 The Hubble Ultra Deep Field was originally imaged in visible wavelengths by the Advanced Camera for Surveys in 2004.  These new near-infrared images were obtained with the Wide Field Camera 3 which was installed on the most recent (and perhaps last) Hubble servicing mission.

Almost every speck you see here is a galaxy, literally thousands of them.  The reddest smudges are probably our earliest images of galaxies yet, snapshots from the early universe when it was but 4% its current age.

A few stars from our own Milky Way are mixed into the image, the brighter ones identifiable by diffraction spikes seen as X's.

If you held a dime at arm's length, this entire image would fit into President Roosevelt's eye.