What to do? A new solution is described in this April 2012 US patent – Inhibiting unwanted photography and video recording 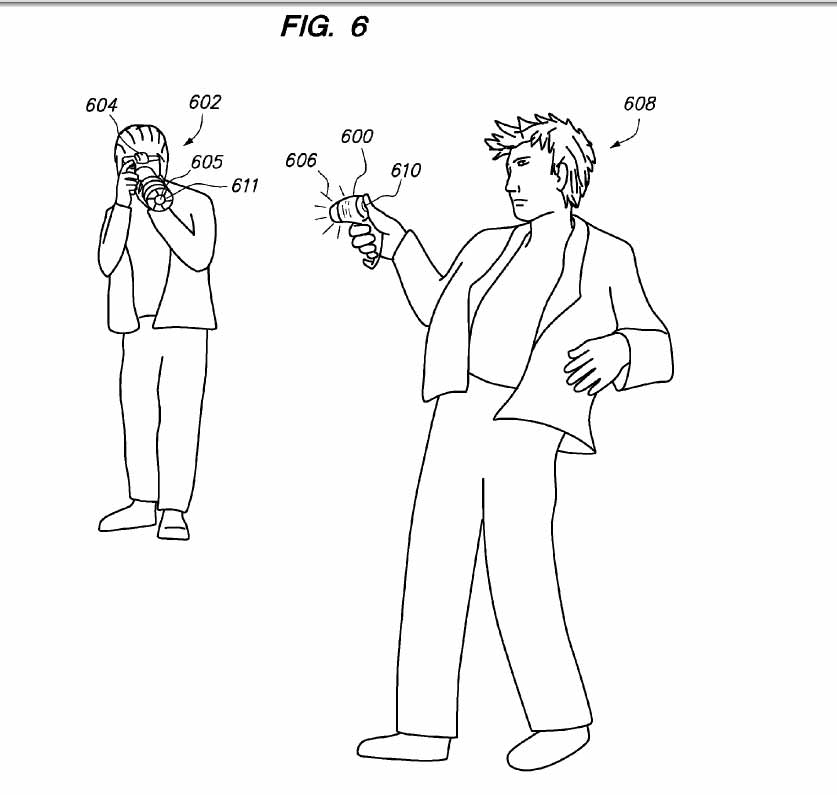 “ … as shown in FIG. 6, a celebrity 608 detects by visual observation that a picture is being taken by a paparazzo 602 having access to a camera 604.”

But by swift use of the celebrity’s hand-held image distortion apparatus, unwanted image capture can be inhibited. 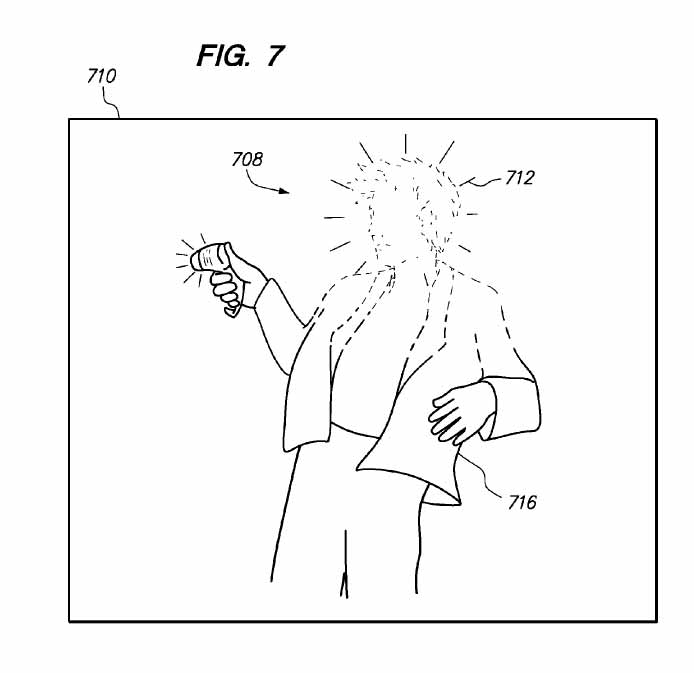 “… as shown in FIG. 7, the head of the celebrity 608 within the center of the hotspot 712 is practically unrecognizable.“

Note: The celebrity might be at a public venue, however,

“… the celebrity could be at any venue or area, including but not limited to a restaurant, nightclub, parking lot, along a sidewalk, a corridor of a government building, or a battle zone and this would be in the spirit and scope of the present invention.”