Robert H Olley
Today is the seventy-fifth anniversary of one of the most famous speeches given by Winston Churchill:

We shall fight on the beaches

of which the best remembered words are

However, it took all of five years minus a few days to achieve Victory in Europe, and as part of the three-day commemoration, a party for all was held in Horse Guards Parade.  Many of our favourite British songs of the period were performed, but the much-appreciated American musical accompaniment to the Allied war effort also featured, some Glenn Miller and a tribute to the Andrews Sisters, with the song Boogie Woogie Bugle Boy: 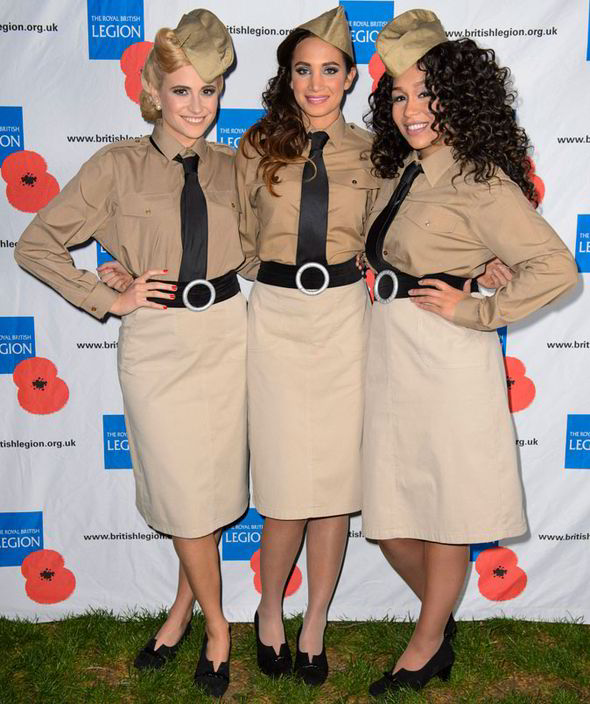 A few days ago, I was reading an article in the Federalist, An Inaccurate Blogger Shouldn’t Have Power Over Mac ’N Cheese, subtitled:

Which prompted this Churchillian comment from someone by the screen name of Captain_America:

Now I am no partisan of the Big Mac — by choice, I would always rather go for Burger King.  But this sounds like a food war has broken out across the Atlantic.  Not so far-fetched, maybe: Peace on Earth, a 1939 cartoon by Hugh Harman (MGM), shows a word populated by animals after humanity has wiped itself out in a war between vegetarians and meat-eaters.  Although I do not think that the present war will be quite so drastic in its effects, I still wonder how long before one side or the other celebrates Victory in Food, VF Day?

Or maybe not.  When Mad Cow Disease struck Britain, French butchers marked their produce VF standing for Viande Française meaning ‘French meat’.  Until someone pointed out that it could also stand for Vache Folle (mad cow)!