Advocates for proposed crab gear legislation in California, AB 534, often cite misleading information in support of policies that would destroy California’s iconic and sustainable trap fisheries, while doing nothing to protect whales. The main argument is that existing crab gear is responsible for most whale mortality off the California coast, and that “ropeless” or “pop-up” gear would reduce the risk to whales from fishing gear.

But the reality is that commercial fishermen share the goal of minimizing interaction between marine mammals and fishing. What most proponents of popup gear overlook is that the crab fishery has already successfully implemented numerous measures to reduce risks, making interactions between crab lines and whales extremely rare. In fact, almost all non-natural mortality is caused by strikes from large ships which kill between 50-150 whales a year, according to the Cascadia Research Collective. That means as many as 1,500 whales died by ship strikes in the past 10 years, not by crab gear.

That’s because our entire industry has taken the whale interaction issue seriously over the past decade, developing numerous sustainable rules and practices, including strict trap limits; a Whale Working Group to assess risk; an enforceable Safe Practice Guideline for crab gear; and a coastwide, enforceable Lost Gear Retrieval Program. 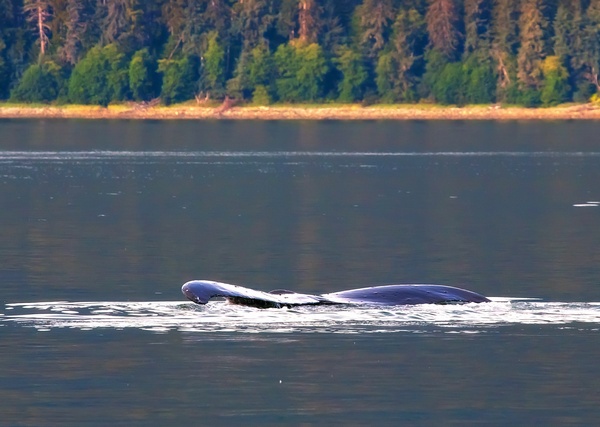 The result is that the Dungeness crab fishery has no impact on any endangered species. In fact, Humpback whales, the only protected species that has any potential co-occurrence with crab gear, are robust and thriving with more than 7,200 migrating off the West Coast. What’s more, our fishery hasn’t had any confirmed interactions with Humpbacks this season and had only one during 2020, and that whale was released unharmed.

While it’s true that traditional gear leaves static lines exposed, what is not mentioned is that “ropeless” gear, ironically, still has ropes and creates a greater threat to whales and turtles by littering the ocean with the equipment. That's because the technology is faulty and overengineered—fishermen on both coasts have documented how the release mechanisms consistently fail, making the traps essentially invisible—causing them to be lost or irretrievable at a rate of 20 percent, an order of magnitude greater than traditional gear.

What’s more, the proposed traps are priced too high to be affordable for our small business fisheries. This type of mandate would put most fishermen completely out of business.

Traditional crab gear, on the other hand, is rarely lost at sea. It’s recovered at a rate of almost 100 percent because it has a buoy on the surface, is easy to locate, retrieve and relocate to safer waters or to the dock before severe winter storms, and much less likely to be lost or become an entanglement risk.

Meantime, extremist groups recklessly and falsely blame most of the whale issues from across the entire West Coast on only one fishery—the historic California Dungeness crab fishery—even though the data show that since 2013 only four whale deaths have been confirmed to be caused by crab gear, according to the National Oceanic and Atmospheric Administration’s (NOAA) marine mammal science team.

Legislators should never consider a mandate so restrictive and dangerous to the environment and coastal communities as AB 534, and instead must work with our industry collaboratively on the initiatives already in place.

“Popup” gear is dangerously misguided and would accomplish only three things: forcing thousands of fishing families to go out of business, preventing families from enjoying fresh, holiday crab, and increasing—not decreasing—marine mortality via a massive rise in lost and irretrievable traps.

Ben Platt is a second-generation crab fisherman and president of the California Coast Crab Association. He has fished crabs along California’s...