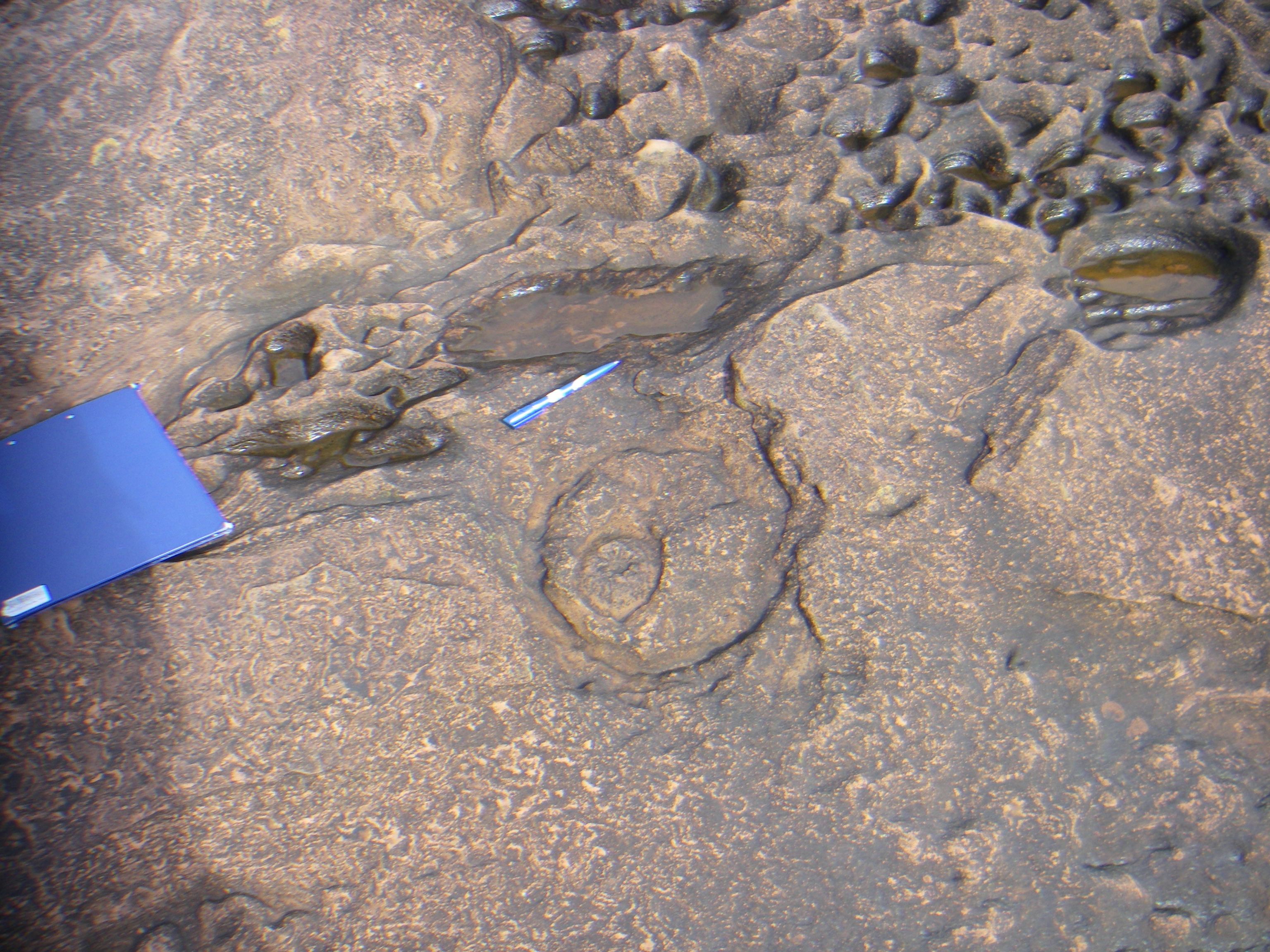 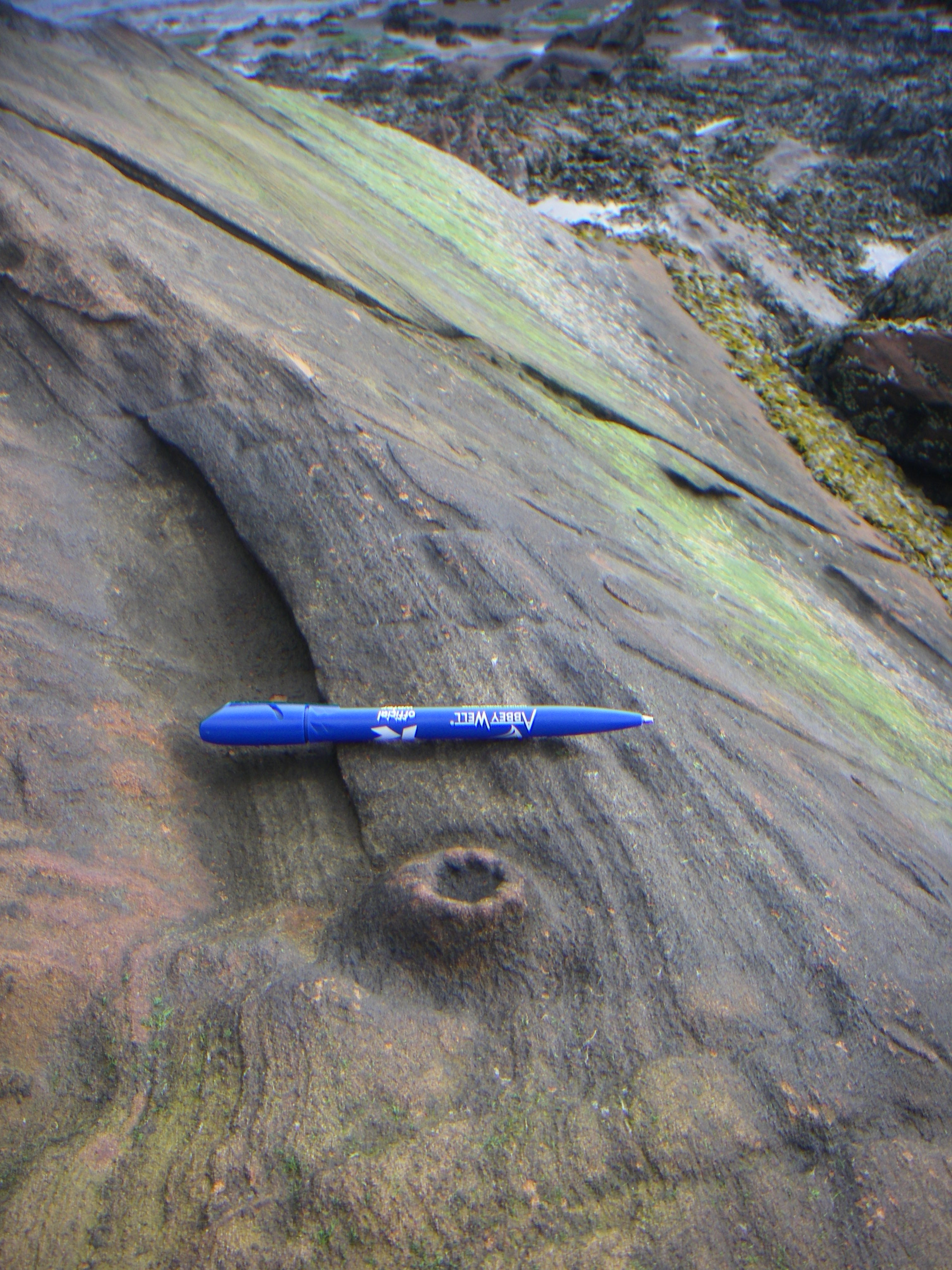 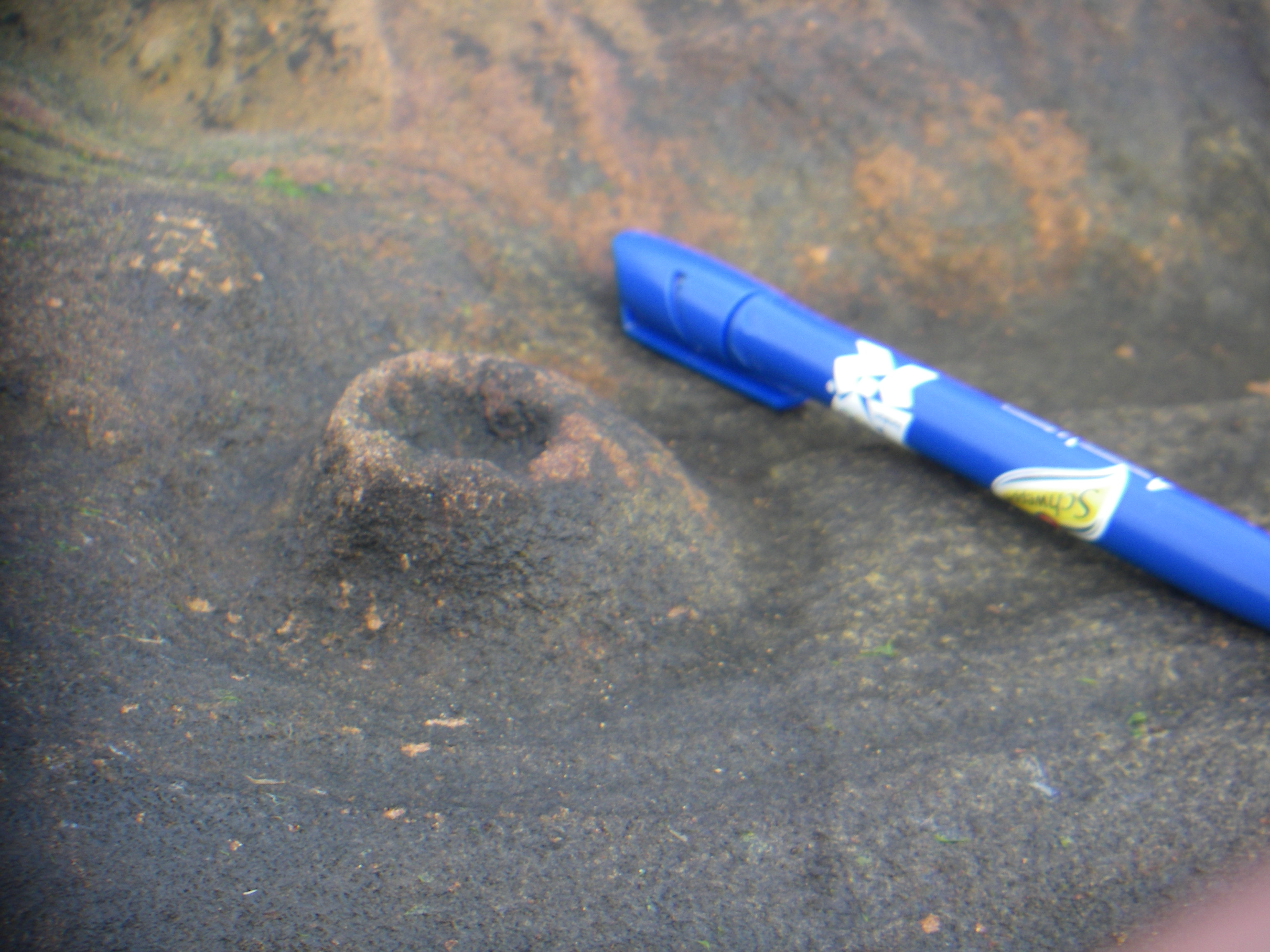 Now, without googling (!) can you tell what they are?

You can find several fulgerites at Corrie on the Isle of Arran (I've heard that there were something like 5, but I could only find 2).

You might think that they look biological, but in actual fact they are found in wind-blown desert sandstones; not a site condusive to preserving fossils. 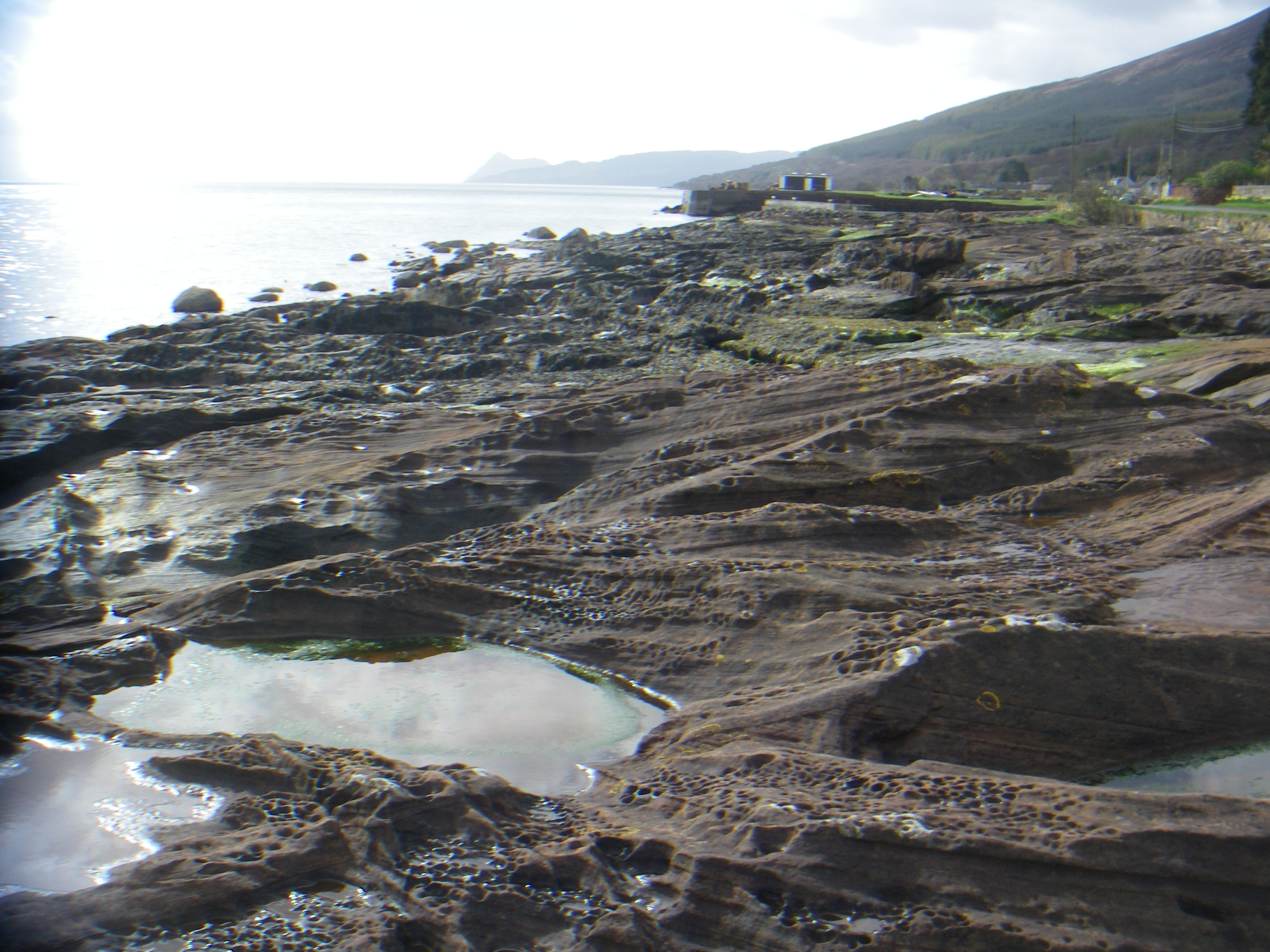 The Corrie foreshore; apologies for the poor quality photos. In the distance you can just see Holy Island. Geologists among you, look for the large aeolian crossed-beds!

A clue: if you were take a section through, you would see that the sand grains within them were fused together.

Still stumped? I'll put you out of your misery. A fulgerite is a fossilized lightening stike. Modern ones can be found in deserts around the world, but they are incredibly rare in the stratigraphic record. These ones at Corrie are about 250 Ma, which probably makes them the oldest ever found. Here's a modern day one for comparison,