Patrick Lockerby
The Whale, The Torpedo And Cruelty To Animals,

A brief history of the use of electricity in medicine and the development of the pacemaker.

It has become something of a cliché to compare nerve cells with electrical circuits.  Clichés begin when someone makes an astute observation and then coins a neat turn of phrase.  If the phrase fits a sociolinguistic need then it catches on, or - if I may be forgiven the modern cliche - it goes viral.  Given that it was early experimenters with electricity who discovered the relationship between the operation of nerves and the operation of electrical devices, it is hardly surprising that they saw nerves in mechanistic electrical terms.  From those earliest discoveries about nerves we have advanced to our modern knowledge about electromagnetism and biology.

The history of our modern understanding of bioelectromagnetism*  runs parallel to the history of discoveries and inventions in electricity, magnetism and electronics.  I present a small part of that history here, with particular emphasis on the use of electrical and electronic devices in medicine.  I shall name only a few investigators: the names of the early electrical experimenters are legion.  Today we would call them physicists but in their own day they were more usually called electricians.  How language changes over time!

* The study of the interaction between electromagnetic fields and biological entities.

The 'cruelty to animals' in the title refers to an exchange between Gladstone and some MPs who had made entirely unwarranted assumptions about the treatment of his pet dog by a certain Dr. Waller, of which more in part 2.


Jimmy With Electrodes
"... for the edification of those looking on."  - Gladstone.
public domain image.


Some Early Observations Of Bioelectromagnetic Phenomena

The first written document on bioelectric events is in an ancient Egyptian hieroglyph of 4000 B.C. The hieroglyph describes the electric sheatfish (catfish) as a fish that "releases the troops." Evidently, when the catch included such a fish, the fish generated electric shocks with an amplitude of more than 450 V, which forced the fishermen to release all of the fish. The sheatfish is also illustrated in an Egyptian sepulcher fresco (Morgan, 1868).
...
... until the middle of the nineteenth century the history of electromagnetism was also the history of bioelectromagnetism. From the viewpoint of modern science, bioelectric phenomena have had scientific value for the past 200 years ...

The date 4000 BC and the phrase "releases the troops" used by Malmivuo and Plonsey, above, may be incorrect.  Heok Hee Ng writes:

The first written document on the medical application of electricity is from the year A.D. 46, when Scribonius Largus recommended the use of torpedo fish for curing headaches and gouty arthritis (Kellaway, 1946). The electric fish remained the only means of producing electricity for electrotherapeutic experiments until the seventeenth century.

Even persistent and unbearable headaches are immediately expelled and permanently cured by the application of a black torpedo to that part where the pain is, until the pain ceases and the part is numb.
[my translation]. 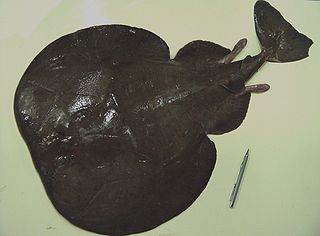 The torpedo to which Scribonius refers is almost certainly the Atlantic torpedo, illustrated above.
Its genus name, Torpedo, is the Latin term for such fish, itself derived from the Latin word 'torpidus' refering to the numbing or stunning effect of the electric organ.  The modern naval torpedo shares the same etymology.


The Scientific Method: A Turning Point In History

It is notable that from the mid 1500s through the 1600s there were marked changed in all aspects of human endeavor.  There was an expansion of travel, trade and geographical exploration.  There was also an upsurge in philosophical exploration.  Belief in the classical authorities and in old wives tales gave way amongst educated people to nullius in verba and the beginnings of the scientific method.   In 1660 the newly founded Royal Society adopted nullius in verba as its motto.

The early scientific method - the foundation of modern science -  can be discovered from researching the histories of scientific discovery.  It is a simple method in four parts:  observe, explain, verify, formalize.

Observe: do not accept the word of any presumed authority (nullius in verba).  See for yourself.

Explain:  try to formulate a causal explanation of what you have observed.  Find an experimental way to prove or disprove your theory.

Verify: see if other observers can replicate your proofs of your theory.

Formalize: express your findings in the formalities of logic and mathematics.

By way of example of the application of this method, when George Best ( 1535 ? - 1584 ) discounted the earlier theories of climate zones he used mathematics to determine how nature might form those zones.  Having theorized that the Arctic ought to be as warm as the tropics - or warmer - in summer, he went with an expedition and verified his theory.

... reason perswadeth, the hotest place in the world to bee vnder and about the two Tropikes;

Best did not accept the common sense view - or what "reason persuadeth".  He checked the facts.  The foundations of what we now know about the heating imbalance between the poles and the equator were laid by the unsung hero of science: George Best.

There is no better way than the scientific method of determining whether the prognostications of classical authorities are facts, or are old wives' tales.  Giordano Bruno ( 1548 - 1600 ) apparently knew this.  I have translated the following, somewhat loosely, from the Latin:

It is said that a dog is like a plow;

That a camel will climb the stars, it is said that
The frog hauls the shrew across the river
That the slow ass hastens to the hunt
That wolves use bait to catch cuckoos
It is said that pigs wish to fly.
Accordingly there is something wrong with nature.

And with that satirical view of common sense knowledge we leave the age of authorities and advance to the age of the electricians.

Continued in The Whale, The Torpedo And Cruelty To Animals Part 2


[edited, minor ommision and to correct my spelling of omisi - ommmiss - omission.  :-) ]

Best did not accept the common sense view - or what "reason persuadeth".
The Chatter Box
More Articles All Articles
About