Tweet
Once 237 astronomers took it upon themselves to change the definition of a planet so that Pluto did not count - unless a handful of others did count - there is little point in reading a textbook on the matter. The number could change next year and again the year after.

Because "dwarf planet" is entirely subjective and therefore meaningless. In removing one subjective definition of planet and replacing it with another one just over a decade ago the International Astronomical Union created a mess they don't know how to fix. Now they will have to "vote" on science yet again, but they can't deny this one or none of them have any meaning.

Hygiea, in the asteroid belt, turns out to be round, which means it may have enough mass for its own gravity to have forced it into that shape. It also orbits the sun, isn't a moon, and has some small objects in its orbit, which means it is technically a dwarf planet even though its diameter is only 267 miles. So it's bigger than the Clavius crater on our moon, and the Manacouagan impact in Canada, but smaller in size than craters on Saturn's moons, yet is a planet. Oh, and Vesta is also not a dwarf planet because it isn't arbitrarily round enough, but it's bigger than Hygiea - so big we can see it from here without a telescope. 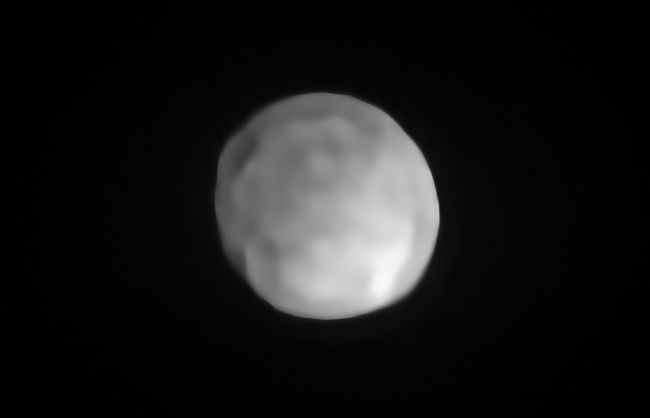 Sorry Ceres, thanks to IAU creating a crisis to solve poorly you will no longer be the smallest dwarf planet. Maybe IAU will create a new Micro Planet designation to clean up their attention-seeking mess and make Hygiea the largest of those. Vesta will probably get left out again because none of this has to make any sense. That's the problem with replacing a designation based on incomplete knowledge with a designation based on arbitrary criteria.

Not everyone was pleased that 2% of astronomers took it upon themselves to make the solar system impossible for anyone to understand.  Pluto least of all. 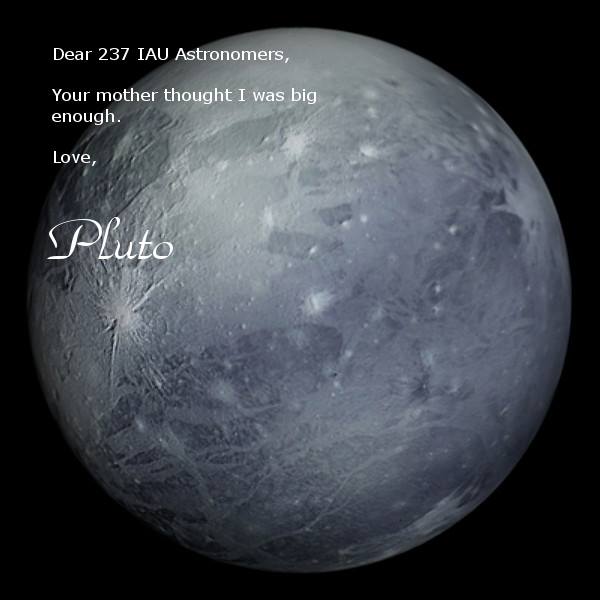