Tweet
If you hear people talking in your second language and think people are speaking too fast, it is literally all in your head. In actuality, languages from English to Japanese convey information at 39 bits per second on average.

The conclusion came from 10 native speakers of 17 languages who read 15 equivalent texts. The experiments showed that while the speech rate – in terms of syllables per second – varied from speaker to speaker, those speaking more information-dense languages speak more slowly on average. 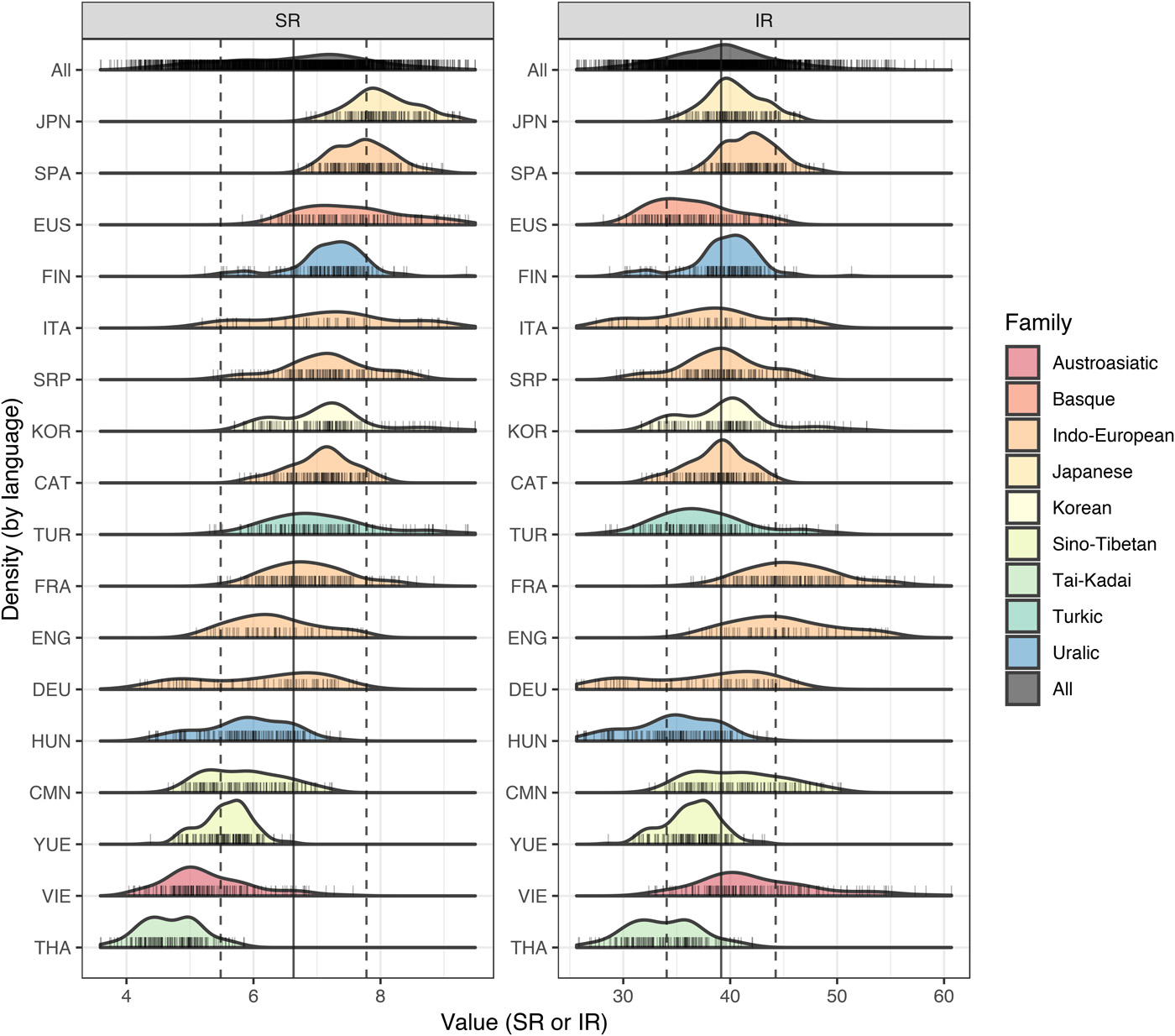 The distribution of SR (in syllables per second) (left) and IR (in bits per second) (right) within the languages in our database (colored areas; colors represent the language families) and across them (black areas at the top) using a Gaussian kernel density estimate. The black vertical lines spanning the whole plot represent the means (solid lines) ± 1 SD (dashed lines). The short black vertical lines represent the actual data points. Credit: 10.1126/sciadv.aaw2594

The big mystery for neuroscience will be, why is there a constraint like this at all?