Tweet
Though today we associate Amazonian with the basin in South America, to the Greeks they were Scythians - from southern Siberia - and those Amazon women were feared warriors.

For the first time, remains of these ancient Siberian soldiers have been found in the same tomb. This is the 11th find at the Cemetery Devitsa site, and they seem to have been garrison troops at the camp while others were off fighting. And they fought a lot, they dominated the Pontic steppe for 400 years, until the Macedonians began to push them back and then Mithridates of Persia finished the job.

The remains were estimated to have been buried sometime during the 4th century B.C. This village cemetery, located in a plowed field, has been investigated since 2010 and the tomb was under a three-foot-tall, 120-foot mound covered in oak blocks. 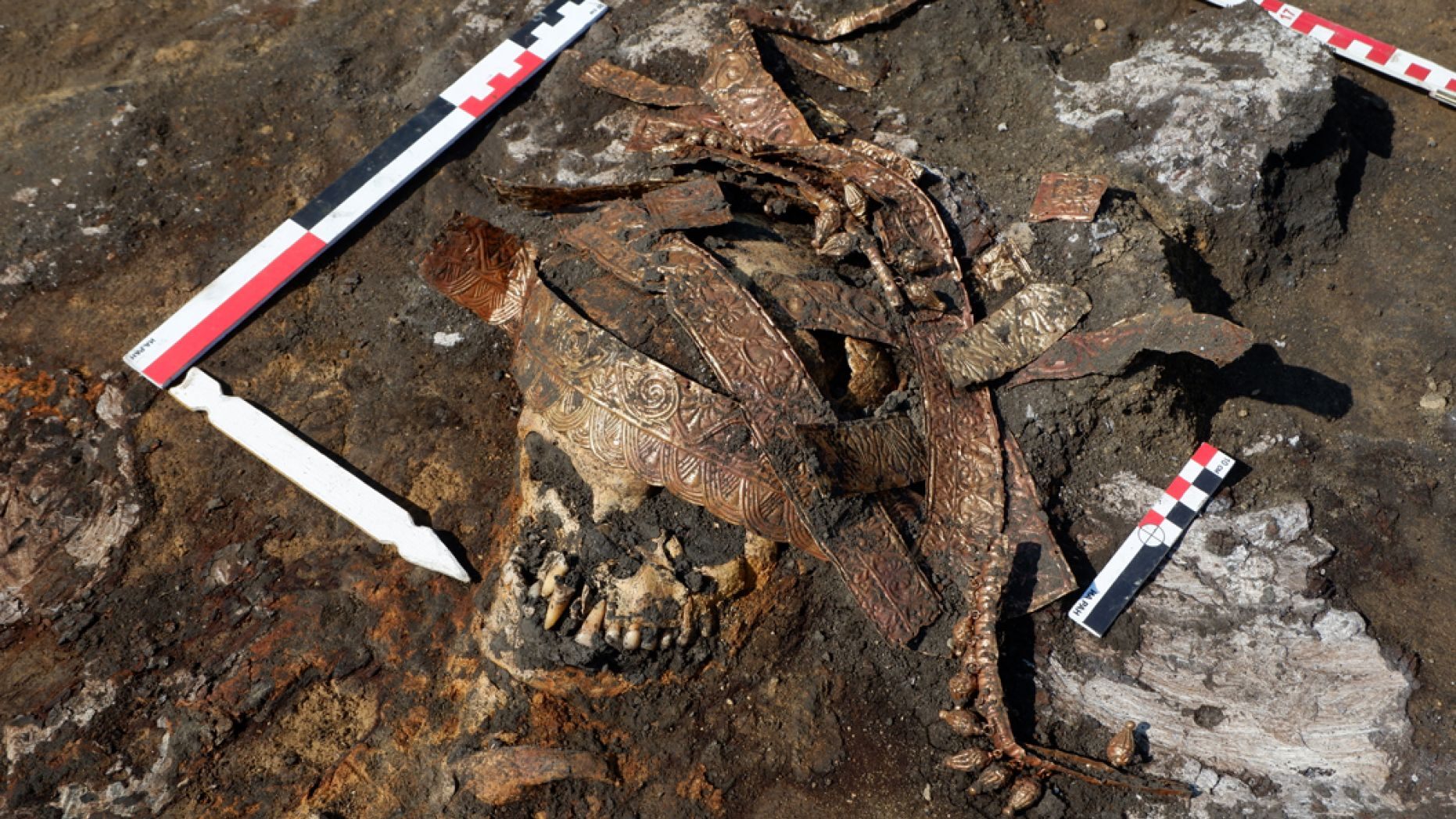 Estimates of ages vary but the youngest were probably an early teen while the oldest was in her 40s. The eldest had a calathos headdress decorated with pendants of gold, copper, silver and iron.

Why were they all buried together? It's a mystery, but military logic suggests the camp did get attacked and they perished in the fighting.