Tweet
Wealthy elites used to just want to have alternatives to vaccines and conventional food and natural gas. Some took it even farther and got their kids diagnosed with autism to avoid lines to Disney World but those were outliers.

More worrisome is the new fad for rich people; HGH treatments to make their kids taller.

As Ross Pomeroy notes for Real Clear Science, kids with growth hormone deficiency have been getting HGH since 1985 and since 2003, children with "Idiopathic Short Stature" (ISS) -no clear cause - have gotten it too.

Unless you are baseball player, HGH is not illegal. Is it risky? No. Though a study in France found a difference in mortality, that is what physicists call statistical wobble, not compelling evidence. Yet if we say don't do it because precautionary principle, when it has been used safely for decades, we are feeding the anti-vaccine, anti-fracking, anti-GMO trolls who basically want to use 'more studies needed' to block progress. 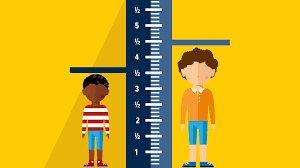 The 21st century is the biology century the way post-1950s science promised. The obvious reason not to do it, especially for kids simply below average in height and not below the third percentile, as endocrinologists recommend, is that you are body shaming them. And there is no evidence being tall means more success. At the low end, taller, and more attractive, people have some advantages, but at the high end of the success curve you are more likely to find short people than tall.