Tweet
One medical professional who sounded the alarm about China's coronavirus epidemic was not an academic or an immunologist, Li Wenliang was an ophthalmologist.

In December, he worried in a medical chat group that people with a SARS-like illness were being quarantined in his hospital in Wuhan and the communist dictatorship arrested him for "rumor-mongering."

“We solemnly warn you: If you keep being stubborn, with such impertinence, and continue this illegal activity, you will be brought to justice—is that understood?”

Now, 28,000 infections later, he is one of the 560 who lost his life to the disease. Irony? Intentional infection by a vindictive dictatorship? The latter would be paranoid conspiracy if we weren't talking about a communist dictatorship who routinely trashes inconvenient people.

The reason for concern about the virus is because of his age. Almost all of the other deaths have been older Asian men with pre-existing conditions, making him the youngest. There is a genetic link being explored but that can't be considered a factor yet. His death will likely remain a mystery, like many USSR mysteries remained, probably until after the dictatorship collapses. 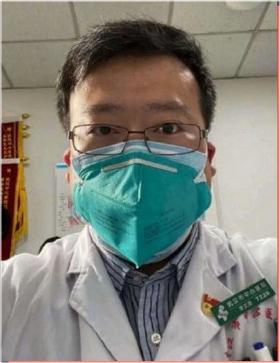