Tweet
Skeletons found in a Modena necropolis that dates back to between the 4th and 6th centuries A.D. were assumed to be male and female but they are both male, an analysis reveals.

The "Lovers of Modena,” as they came to be called, got their sex reveal thanks to tooth enamel - a protein that is present only in the tooth enamel of males.

The pose of the bodies made people default to lovers, and male and female, but that may be looking at ancient cultures through a modern prism. While it was unlikely that homosexual love would have been stated so bluntly by the people who prepared the burial, according to study leader Federico Luigi of the University of Bologna, joint burials were in vogue for relatives or soldiers who died in battle. The necropolis was a war cemetery. 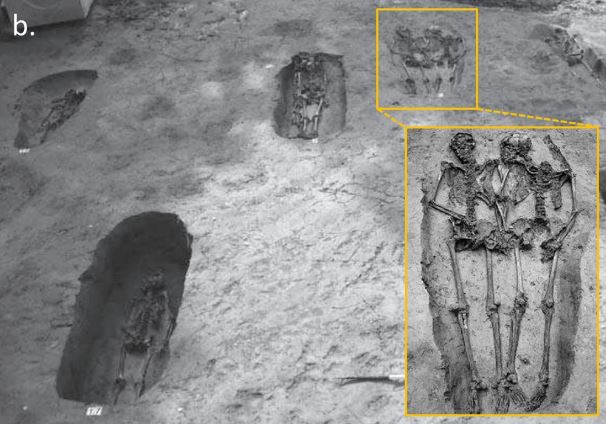