Tweet
In France, 30 percent of organic food was recently found to be nothing of the kind.

Consumers did not know, it was surprise spot inspections that busted the farmers, which tells you two things: (1) There is no difference in the food quality, it is an intellectual placebo for wealthier people and; (2) the problem is probably much worse in the U.S., since we don't have surprise inspections at all, instead we turn over organic "certification" to 80 private organizations that rely on selling organic stickers for their livelihood.

Imagine if we let pharmaceutical marketing reps approve drugs instead of FDA? That is what USDA allows with organic. The National Organic Standards Board picks and chooses its own standard, including over 50 synthetic exemptions that can be added in while still being organic - and the board is heavily weighted toward organic industry lobbyists, reps, and farmers. Then it hands over selling stickers to people who make more money if they sell more stickers. 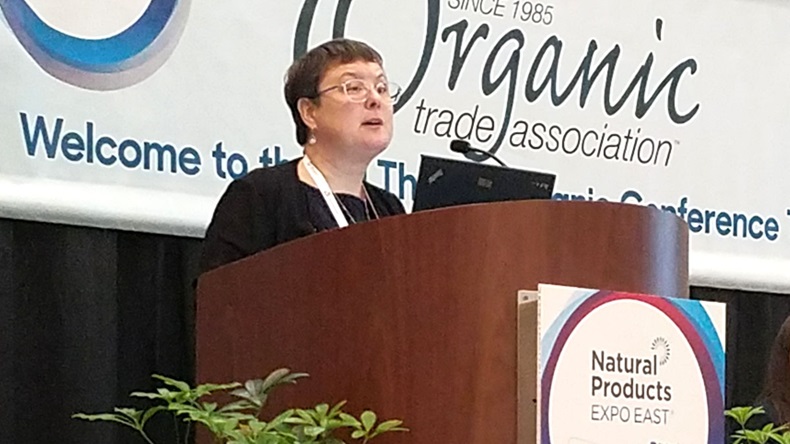 USDA created this mess, and they have prevented it from being fixed under the 'they are farmers too' umbrella, but is is deceptive to the public, and groups like Organic Trade Association terrify poor people about regular food knowing they can't afford organic, which means they just don't buy fresh produce at all.

But USDA’s soon-to-be-released organic enforcement rule will have a “profound impact” on regulations and, in turn, the US and foreign organic market, predicted Jennifer Tucker, deputy administrator of USDA’s National Organics Program, who spoke at the Baltimore Natural Foods Expo East meeting last Friday.