Tweet
There are once-in-a-lifetime events and once-in-a-century ones as well. The meteor that exploded over the Chelyabinsk region in Russia was that second one; it has been confirmed as the largest such explosion in the last hundred years.

The new estimates of its size make it the largest reported meteor since the one that hit Tunguska, Siberia in 1908. Researchers say it was about 55 feet in diameter, was composed of ordinary chondrites, like most meteors, and weighed around 10,000 tons. When it disintegrated, it unleashed nearly 500 kilotons of energy, more than 30 times the energy of the Hiroshima atomic bomb.

So far, researchers have collected 53 fragments, the largest of which was 7 millimeters. 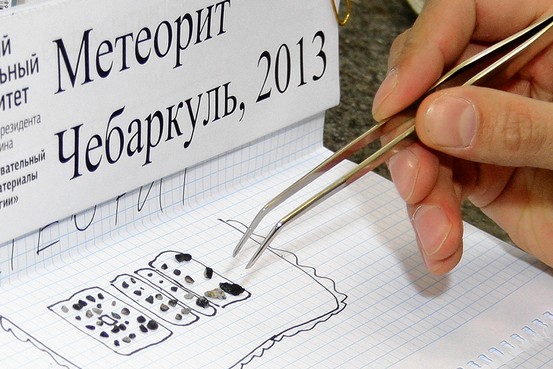 The Search Is on for Meteorite by By Gautam Naik and Alan Cullison, Wall Street Journal