Tweet
Duct tape, or duck tape if you are old school (1), can fix anything, according to the public. Well, according to men in the public who are often too lazy to do it right.

But it has to have limits and engineers love to find out where things go from linear to nonlinear.

So if you give engineers the same amount of duct/duck tape, who could make their friends stick to the wall the longest?  The answer, found a Lockheed team, is about 15 minutes. Team "Ron Made Us Do It" won. Naturally, they suspended a systems engineer, because 15 minutes of wasted time there makes little difference (I kid, I kid). 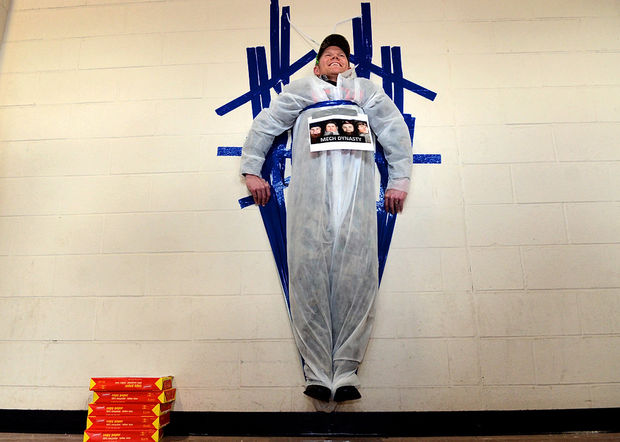 The next Engineers Week will be February of 2015.

(1) No, really, people think duck tape is a mispronunciation but it was originally called duck tape. Like most awesome things - assault rifles, nuclear bombs - it was popularized by the military and so became part of culture. Johnson  &  Johnson created the modern version to keep ammunition dry in World War II but over a century ago duck tape war really was strips of cotton duck cloth.