Tweet
The people who brought a certain cultural demographic (*cough*) sand-free peanut butter have now come out with a new product that is going to appeal to the anti-science crackpots that shop in places like Whole Foods and/or have a giant majority in California - non-GMO rock salt.

I was against a ridiculously poorly-written GMO warning label law in California because it exempted things that the homeopathy and magic soap companies behind Proposition 37 didn't want to penalize, like alcohol and restaurants and organic food.  Obviously GMOs are not dangerous so if it's just an 'awareness' thing for consumers, you don't need a labeling law, just let companies with products meet the demand of their customers.

Himalania has done just that, as Mother Nature Network shows us - they want you to know their new rock salt has no GMOS.  So it is safe to buy if you are scared of those evil biologists determined to drive us off a scary science cliff by letting a plant naturally express the same ingredient organic farmers spray on their crops. 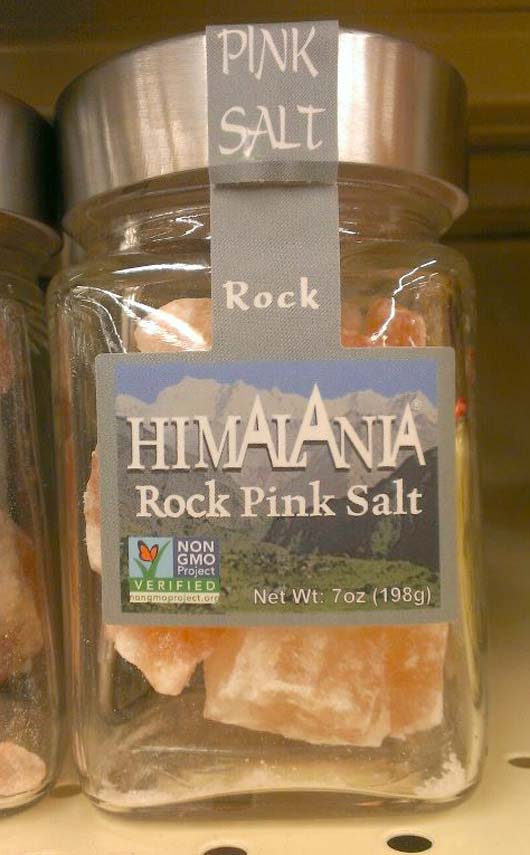 Now, Science 2.0 readers recognize salt is not an organism and there there are no genes to modify. No G to M, as MNN phrases it.  Which means they just lost a whole bunch of readers who buy Himalania or support  the Non-GMO Project initiative.  But they probably gained some science ones.