Tweet
PETA has decided to show it's support for animal rights by giving human animals hypothermia.

But only female human animals. They seem to hate female humans. No idea why, but hatred is the only explanation for why they would send mostly-naked women onto the streets of Minneapolis wearing nothing but lettuce.

Temperature: 0 degrees. At that temperature frostbite can occur on exposed skin within 30 minutes if the winds reach speeds of 15 miles per hour.

It's not the first time they have shown their willingness to exploit human women, of course. It is part of their ongoing advertising efforts. And a lot of women seem to go along with it, so the people running these marketing committees at PETA must have some special misogyny pill they are slipping into drinks. 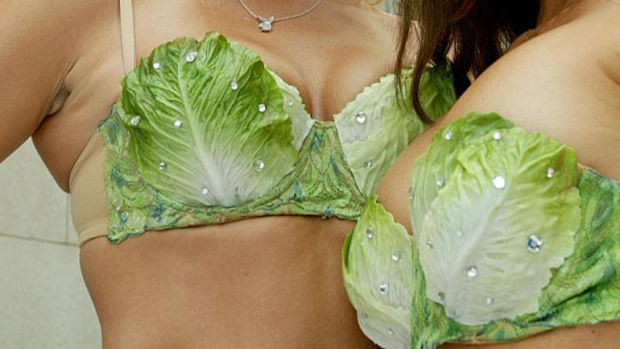