Anisogamy (see figure 1), or sexual reproduction in which two different gametes fuse to produce a new individual, leads to an inequality between female and male organisms. After all, females produce a limited supply of costly egg cells, while males produce a virtually endless supply of cheap sperm cells (this is the case in the vast majority of animals, and is known as oogamy (see figure 1), in which a large, non-motile egg cell is fertilized by a small, motile sperm cell (see figure 2)) . So, females best carefully choose the male they mate with, while males best copulate as much as possible, with as many females as possible. Females are choosy, males are promiscuous. Of course, there are exceptions, but still, this holds true in many cases.

Figure 1: Three types of anisogamy. A: Both motile, B: Oogamy, one motile, one not (vast majority of animals), C: Both non-motile.
(Source: Wikimedia Commons, user Qef) 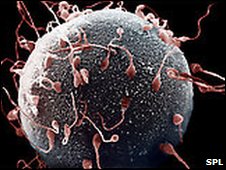 Enter sexual selection. Females can ‘select’ males, and, as such, they impose a selection pressure on males. This selection can take place both intrasexual (males fighting for females, for example) and intersexual (males dancing for females, for example), and can even take the form of sperm competition. Over time, sexual selection can result in remarkable traits, such as the peacock’s tail, the elk’s antlers, the frog’s calls, and so much more. 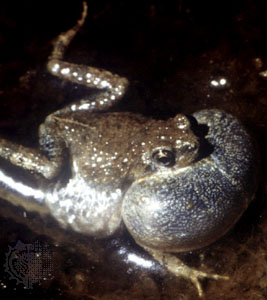 This was tested by adding ‘chucks’ (túngara frog calls start with a ‘whine’, followed by one or more ‘chucks’) to frog calls. The attractiveness to both females and predators (fringe-lipped bats, or Trachops cirrhosus, see figure 4) decreased as more chucks were added. 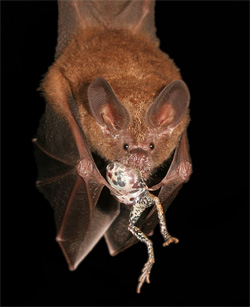 Thus, ladies, if men are not sophisticated enough, maybe, just maybe, it’s your own fault…